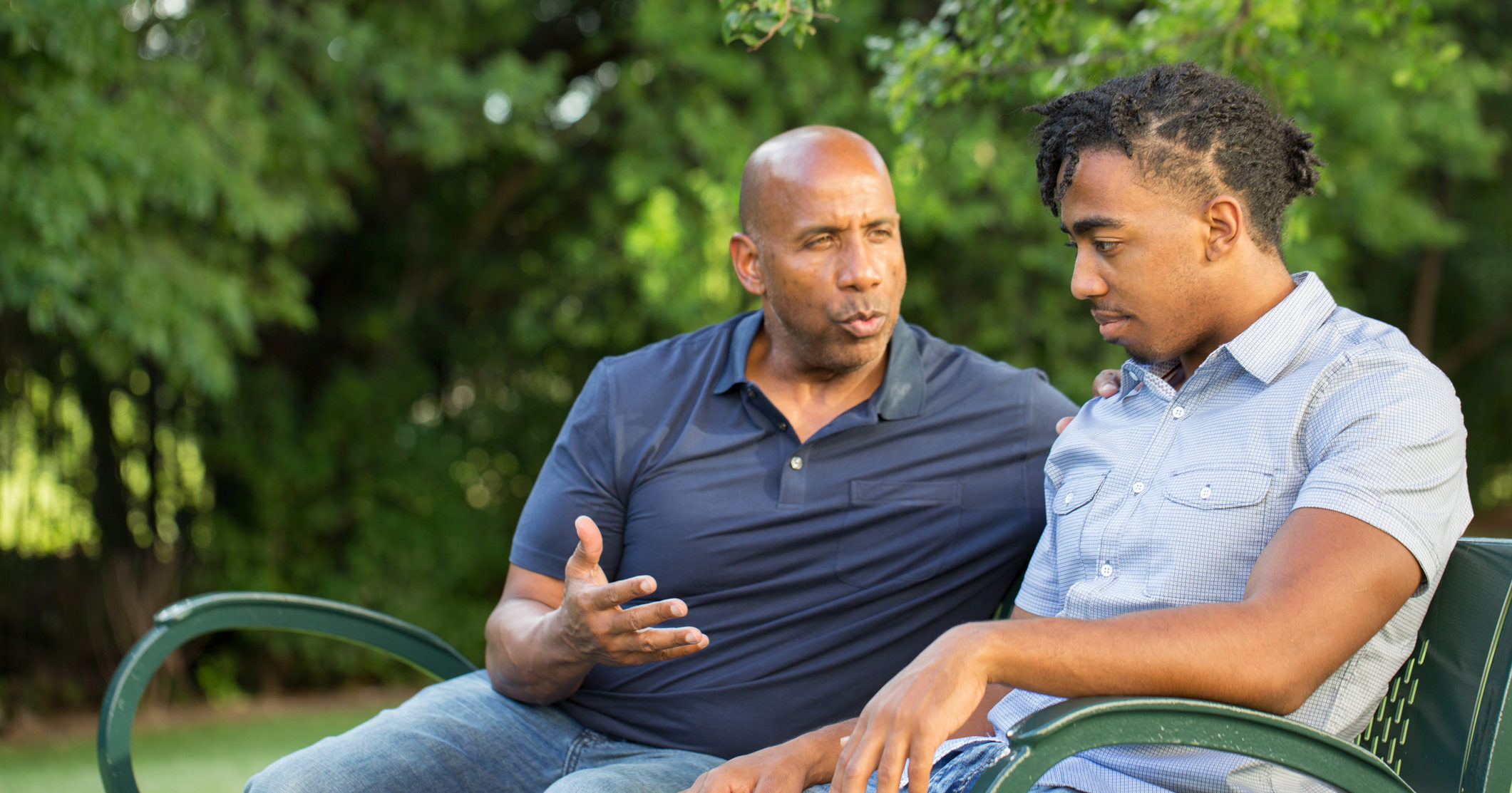 My dad has given me the sex talk dozens of times. He never does a good job. He uses bizarre words and phrases I have never heard before, and he usually does not describe sex accurately. Here are five confusing terms for penis that my dad used while incorrectly explaining to me how sex works.

When I was eight years old, my dad gave me the sex talk for the first time. He came into my room, sat down next to me on my bed and said, “Sex is when two people make a mess together while they are naked. The person you have sex with is called your Brother In Sex. Your Brother In Sex can be a man or a woman, but they always have to be taller than you or else it doesn’t count as sex. Sex with someone who isn’t taller than you isn’t sex. It’s just a loud, wet hug. Now, as far as genitals go, some people have vaginas, but you, my boy, have a Witch’s Broomstick. When you are filled with sexual hunger, your Witch’s Broomstick will become long. It is called a Witch’s Broomstick because once it becomes long, a small rat will come out of a hole in the wall and he’ll ride around on it like a witch riding on a broomstick. You need to run around the room balancing the rat on your Witch’s Broomstick while your Brother In Sex gets naked and yells, ‘Oh, no! A witch!’ This goes on for about an hour, and then you flush the rat down the toilet. Then the sex is done and a baby crawls out of the darkness and becomes your daughter. This is how sex works, and it’s beautiful.” After explaining all this, my dad shook my hand and went outside to water the plants in the yard for the entire night.

The next time my dad gave me the sex talk, I was nine years old. It was four in the morning and I was asleep in my room when all of a sudden I heard a noise. I looked down and my dad was slithering out from under my bed. I said, “Dad, what are you doing here?” and he said, “Be quiet. Sex is when two people go in and out. Your sexual organ is called The Arm Which Is Not Your Own. You cannot control The Arm Which Is Not Your Own. It is a part of your body that belongs to God and not to you. Anyway, when it’s time for sex, The Arm Which Is Not Your Own will become long and point at things. It will point at rocks and slugs and books and shoes and furniture and so on. Whatever it points at, your Brother In Sex must use a label maker to clearly label what that thing. Once The Arm Which Is Not Your Own is done pointing at things it will go back to sleep. Then the sex is over and someone far away will become pregnant and give birth to your replacement. This is how sex is accomplished, and it’s fine. A 5-out-of-10 experience. Goodnight.” Then my dad slithered back under my bed and went to sleep.

I thought after giving me the sex talk twice in two years my dad would be done, but I was mistaken. When I was 15 years old, I got into a car to take my driving test and instead of my instructor I found my dad seated in the passenger seat. “If you’re going to learn to drive, then I need to tell you about sex,” said my dad. “Sex is when two people fight each other with their groins. My son, between your legs, you have something disgusting and wonderful called Your Drooping Majesty. You must use your Drooping Majesty to have sex. Your Drooping Majesty is only good when it is limp and flops around like a sock. When you become insane with sexual lunacy, your Drooping Majesty becomes stiff and boring, and so you and your Brother In Sex need to hit it with a rake until it falls back asleep. Once your Drooping Majesty is limp and flopping around in a healthy manner, that is when you must swing it back and forth in order to hypnotize yourself. Once you are done hypnotizing yourself, you will fall asleep and your Brother In Sex will spend the rest of the night downloading viruses onto your computer. This is how sex works, and it’s beautiful. At the end of sex, a baby crawls out of the cave and becomes your nephew.” Then my dad pushed me out of the car, got into the driver seat, and drove the car into the forest.

After getting the sex talk three times, I figured I would never have to go through it again, but apparently my dad operates under the impression that it’s his duty as a parent to give me the sex talk as often as possible. During my high school graduation, my dad took me aside and said, “ Son, it’s time to tell you about the birds and the bees. When you have sex, you are going to be attacked by swarms of birds and bees. Fortunately for you, right between your legs you have a tool called The Exterminator, which is like a fleshy whip that you must use to swat away the birds and bees that are attacking you. Sex is when your Brother In Sex screams and screams while you use your Exterminator to kill these animals. When all the birds and bees have been swatted away, then the sex is over, and your grandmother will become pregnant with me. Then I will be born and I will be ready to be your father.” My dad patted me on the back and then spent the rest of the graduation ceremony asking kids from my class if he could have their diploma.

5. “The Long Nose That Must Be Kept Hidden”

When I was 29, I got married. During the reception, my father clinked a spoon against his champagne glass to get everyone’s attention, and once everyone had quieted down he turned to me and said, “Son, it’s time that you and I had a frank talk about sex. Sex is when two people make naked pretzels with each other’s bodies. And son, between your legs you have the key to having sex: The Long Nose That Must Be Kept Hidden. It is a special nose that dangles down from your groin and it loves to smell flowers and garbage. But you must always wear your loincloth in order to conceal the Long Nose between your legs. If you let people see your secret Long Nose, you will be exiled to the tundra. The Long Nose That Must Be Kept Hidden can only be seen by your Brother In Sex, and tonight, your Brother In Sex will probably be your wife. You will allow her to see the secret nose that lives beneath. When the Long Nose That Must Be Kept Hidden smells that sex is about to happen, it will become long and stiff, which sex doctors call Going Pinnochio. Once your sexual nose Goes Pinocchio, you must use it to bang on a gong over and over again. While you are banging the gong, your wife should get naked and go to sleep. The sound of the gong ringing will cause news reporters from all over the country to run into your bedroom, where they will see your Long Nose That Must Be Kept Hidden. They will photograph it and write front page stories about how they saw the secret nose of your groin. Since it is illegal for anyone to see this thing, you will be carted off to the tundra while your wife is free to get married to a professional baseball player. That is sex. Sex is when you ring a gong and go to the tundra. As a result of the sex, a baby will come flying out of a hole in the ground, and that baby will pull your dogsled across the tundra. Okay, enjoy the rest of your wedding.” Then my dad told my grandparents that they should get divorced, and then he spent the rest of the night begging the DJ to play the Soviet Union national anthem.