5 Presidents Then And Now 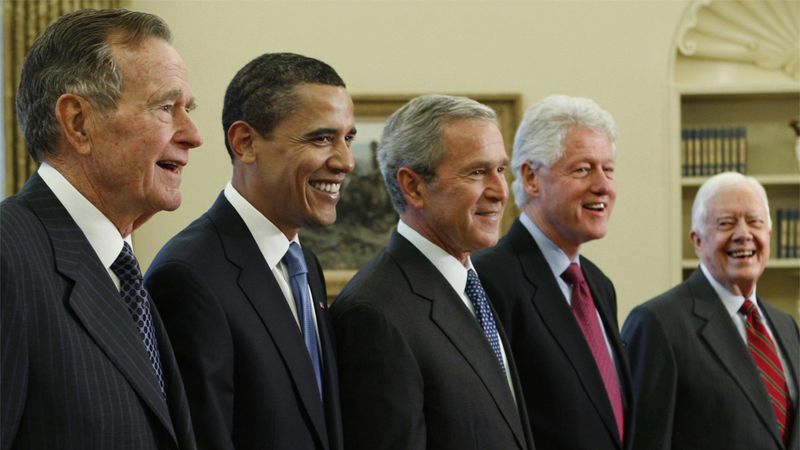 Time flies when you’re in the Oval Office.

You’ll undoubtedly remember Jimmy Carter as the kind-eyed, plucky Democrat who took office in the late ’70s, but it may surprise you to know that this is what the president looks like now.

Here’s a look at an energized, determined Bush Sr. from the beginning of his term. Scroll over to see the president today.

The pride of Arkansas, here’s Bill Clinton shortly after taking the oath of office, followed by a current shot of the president of the United States.

See the change right before your eyes as we look at a youthful Dubya from the beginning of his presidency, and then we see the president as he looks today.