5 Reasons Why Timothy McVeigh Should Not Be On A Stamp 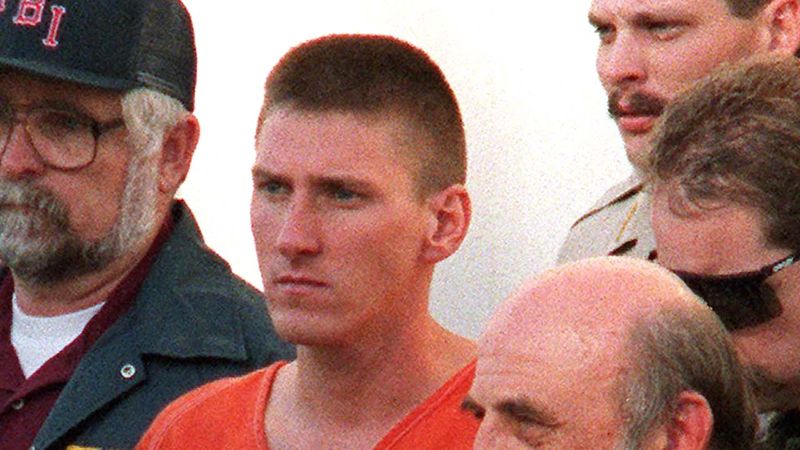 Every year, the U.S. Postal Service commemorates a small number of notable Americans by putting their face on a commemorative stamp. Here are a few reasons why Timothy McVeigh should not be one of those people.

2. McVeigh was a harsh and outspoken critic of the United States government.

During his lifetime, Timothy McVeigh was highly critical of the United States federal government, which includes the U.S. Postal Service, writing numerous letters, op-eds, and manifestos that denounced U.S. authorities and their policies. The U.S. Postal Service should not commemorate an individual who routinely wrote unkind things about its organization.

3. He planned and carried out the Oklahoma City bombing.

On April 19, 1995, McVeigh used a homemade explosive to destroy the Alfred P. Murrah Federal Building in Oklahoma City. McVeigh’s bomb killed 168 people, including 19 children, and injured hundreds more. The Oklahoma City bombing is the largest act of domestic terrorism in United States history, and McVeigh is singlehandedly responsible for untold amounts of suffering and destruction. The Oklahoma City bombing is yet another reason why Timothy McVeigh should not be honored with a commemorative stamp.

4. We could use some diversity among the people our government chooses to honor with commemorative stamps.

It would be nice if the next batch of commemorative stamps could better recognize the contributions made by people of all genders and ethnicities instead of honoring yet another white male.

5. He doesn’t have a recognizable face.

While Timothy McVeigh’s name might be nationally famous, not many people know what he looks like. Chances are that a Timothy McVeigh commemorative stamp would feature a picture of him smiling in front of an American flag or grinning at the feet of the Statue of Liberty. People would probably not immediately recognize his face, which would most likely hurt sales of the stamp.