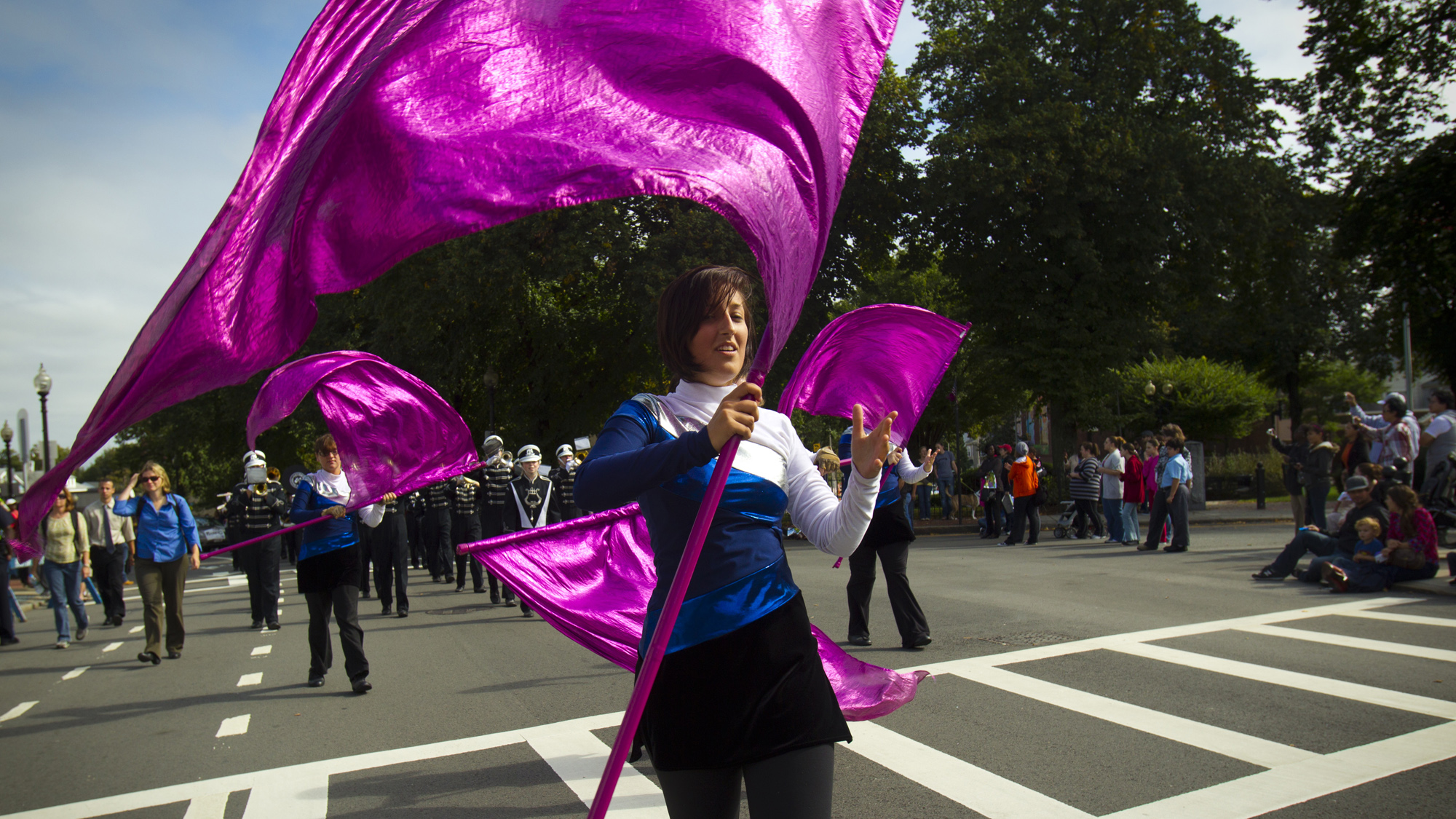 No parent wants their teenager to engage in risky behaviors, but those potentially harmful activities are actually a much better use of your teen’s time than doing something as incredibly uncool as color guard.

Drinking alcohol is an illicit teenage activity that, while dangerous, would certainly result in more interesting memories for your kid than the ones they’d make spending all of high school flapping flags in a field. Let’s be real, your kids will for sure have an easier time in high school if they’re hanging with the cool crowd at parties than they will if they’re dicking around with colorful flags for fun. Any consequences of drinking will pale in comparison to the horror they’ll feel looking back on their yearbooks as adults and seeing how idiotic they looked scurrying around the football field in rhinestone-plastered leotards.

Your teenager might try to tell you that color guard is a good use of their time because it’s a sport. But this makes no sense because sports aren’t when you march in a line with a bunch of other nerds while throwing toy rifles in the air. If your teen’s just looking for something to do after school to blow off some steam and pass it off like it’s a physical activity, some light vandalism and destruction of property would be a far better option. There could be legal ramifications if your teen gets caught, but as long as they’re cautious about it, they’ll probably be fine.

Unplanned pregnancies have the potential to completely derail your teen’s life, but such a derailment is a blessing in disguise when the alternative is your teenager essentially serving as a backup dancer for the goddamn marching band. Dropping out of high school in order to raise a child is not going to be easy, but is high school really worth finishing if your kid’s whole thing there is slathering their faces in glittery stage makeup from the Halloween store and prancing around to “Desert Rose” by Sting?

Smoking is incredibly addictive, but it’s also objectively way, way cooler than knowing how to properly care for and transport a flag. You can’t put “smoking” on your college application like you can with color guard, but no college worth attending is going to be impressed by the fact that your kid won the “Grand Majorette’s Prize” at some random competition no one’s ever heard of, so they might as well spend their weekends smoking in the woods instead of getting bussed five hours to compete in color guard tournaments.

Look, yes, eating Tide Pods is astonishingly dumb, and your kid will for sure get super sick if they do it. But viral challenges like these are social currency in today’s world, and your teen will for sure fare better in the friendship department if they’re posting Snapchats of themselves eating condoms or whatever than they will if they’re twirling around in spandex at football games and getting roasted by all their peers in the stands. If your kid gets seriously injured doing some moronic viral challenge, they’ll win major props from their classmates and might honestly be remembered as a high school legend. But if their big moment in the spotlight involves looking like a jackass in spandex while passionately performing a choreographed interpretation of Train’s “Drops Of Jupiter,” they’ll either be remembered as a massive dork or—more realistically—not at all.