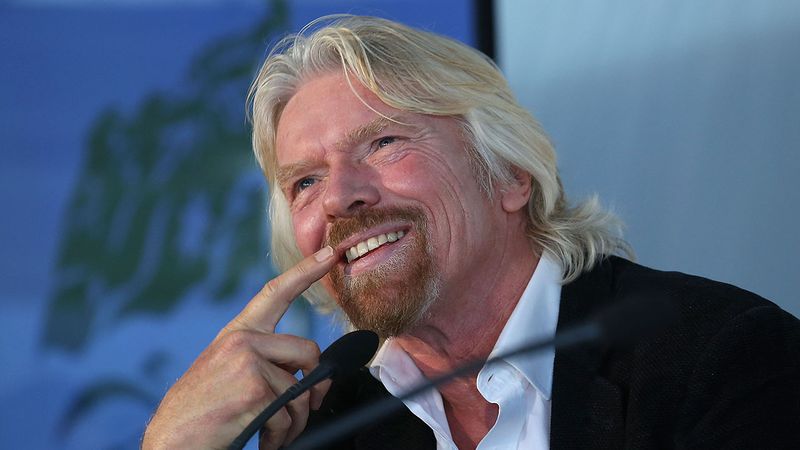 “When I founded Playboy, I couldn’t find a single investor. I was told over and over that nobody would pay to see one naked woman a month when they could mail out a nickel for a pair of X-ray specs and ogle all the ladies they liked. But I didn’t blink. I hired a PI and had him track down and smother the magician who gave X-ray specs their mystical properties, and then—bam! Playboy subscriptions skyrocketed.”

“We spent millions on a vacuum that was designed to turn on whenever the user shouted the phrase ‘It’s time to clean up the big mess I’ve made.’ It was a total flop. The voice-recognition technology was still years away from being fully functional, and people said they felt insane shouting this phrase at an unresponsive vacuum. Luckily, I invented the bagless vacuum cleaner a few years later, and people were so excited that they forgot Dyson was the company that made them shout at vacuums.”

“The first search engine I ever built was a plywood jukebox-type machine called The Whizzler that spit out results on ping-pong balls. It worked terribly and ruined me financially. But it laid the groundwork for the search engine that would become Google.”

“I once had a hockey stick autographed by Bobby Orr that a kid in my class stole from me, so I created the online marketplace eBay to tempt him to put it up for auction. He never has, but I’ve made a lot of money, which is its own kind of reward.”

“I should have never created those goddamn twins. Those boat-rowing monstrosities from hell. I was young and proud, thought I might play God. I tried to breed two male boat enthusiasts who look exactly the same. But I overestimated my abilities and ended up creating a mad two-headed paddling antichrist for the new millennium. It is the great failure of my life. The whole world suffers for it. I’m so sorry.”