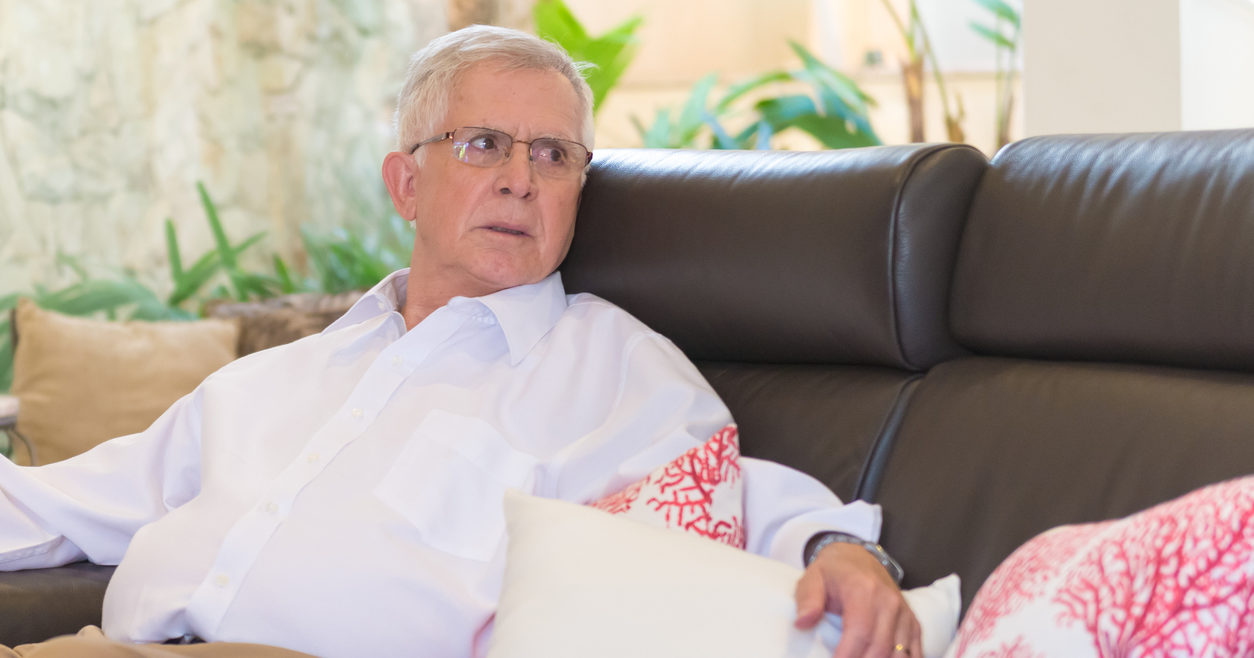 As someone who grew up in an era when men weren’t allowed to have feelings, the only emotion Dad has fully figured out in his 53 years on Earth is anger, which he frequently expresses in the form of loud tantrums. What an idiot! Most of his tantrums are in response to perceived slights from inanimate objects around the house. The objects are not alive, but Dad nonetheless thinks they have it out for him. They are his enemies, and he is currently embroiled in bitter feuds with six of them. 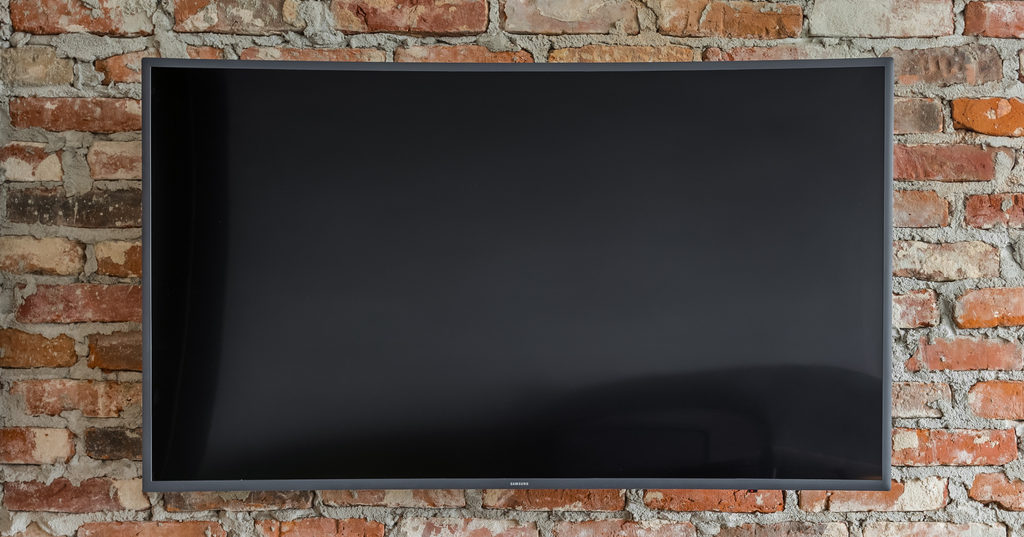 Dad’s feud with the TV is probably the saddest of the bunch, just because of how close they used to be. For the first few years after he had the Samsung 50-incher installed on the living room wall back in 2012, the two were inseparable, spending countless hours together enjoying Baseball Tonight and any show with World’s Most Extreme in the title. However, over the years Dad started buying weird universal remotes and random surround-sound speakers that greatly complicated the TV’s once simple settings, turning his peaceful evening routine of watching terrible shows at deafening volumes for four hours straight into a nightly storm of rage and confusion. He can regularly be seen fumbling with five different remotes to try to get the inputs figured out, ineptly pointing the DVD remote at the cable box and the cable box remote at the audio receiver. After much screaming and bickering with Mom, he eventually just throws in the towel and ends up watching NFL games on movie mode, with all of the sound coming out of the subwoofer.

Even though you can get good TVs for, like, a hundred bucks now, he is still operating under the assumption that they are prohibitively expensive and has therefore resigned himself to indefinitely battling his TV nemesis, each night muttering things like “I can’t find the goddamn HD channels” over and over until he eventually gets so upset that he passes out in his recliner.

2. The small TV in the kitchen 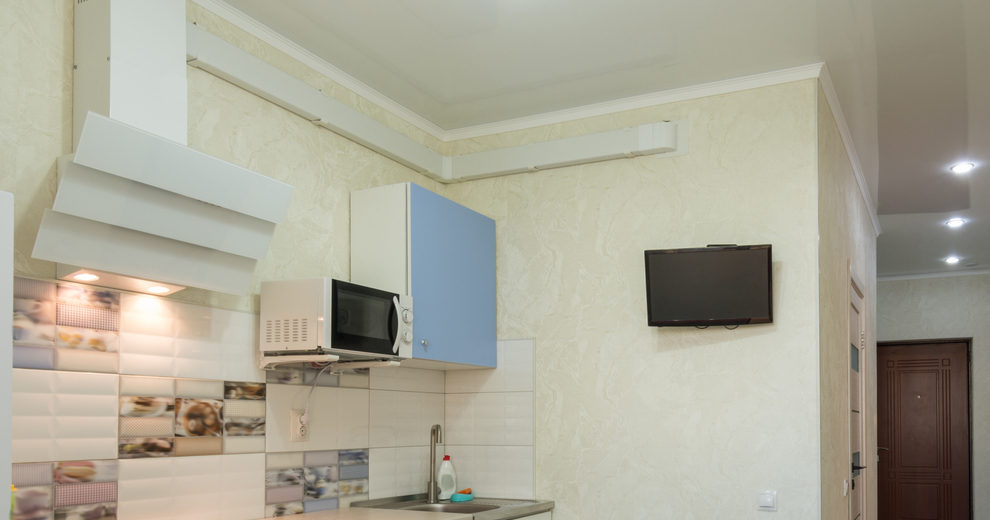 Like most old guys in America, Dad for some reason believes it is crucial to put as many TVs in one’s house as humanly possible. It was this conviction that led him to purchase a little 15-inch TV for the kitchen in 2006 despite the fact that neither he nor anyone else in the family had ever expressed a desire to watch TV there. Initially, he was very proud of this useless TV, but the relationship quickly turned toxic. First, he almost immediately lost the remote because that’s what happens when you keep a remote in the kitchen, and so the only way to turn the TV on was to reach around to the back and feel around for the buttons. Then it turned out that the tiny TV couldn’t even get cable because Comcast started charging per box, and there was no fucking way Dad was about to shell out extra for that. But what really made the TV useless was the fact that you could easily see the much larger living room TV perfectly from the kitchen table. Dad nonetheless tried his best to convince himself the TV was a worthwhile purchase, occasionally turning it on for background noise while he read Zits comics and Rick Reilly articles at the kitchen table. But his opinion of the TV soured over time, as by 2009 the tiny Vizio was already looking dated as shit—just weirdly thick and plastic-y, like a laptop the Army would use in a movie. With each passing year it looked dumber and dumber on the counter, and Dad’s resentment grew. He tried pitching it as “perfect for a dorm” every time one of the kids went off to college, but no one ever bit. It’s the first thing he screams at whenever he tees off on “counter clutter” while agitatedly making a sandwich, and it will likely remain so for the rest of time, as Dad could never bring himself to get rid of something that he spent more than $20 on. 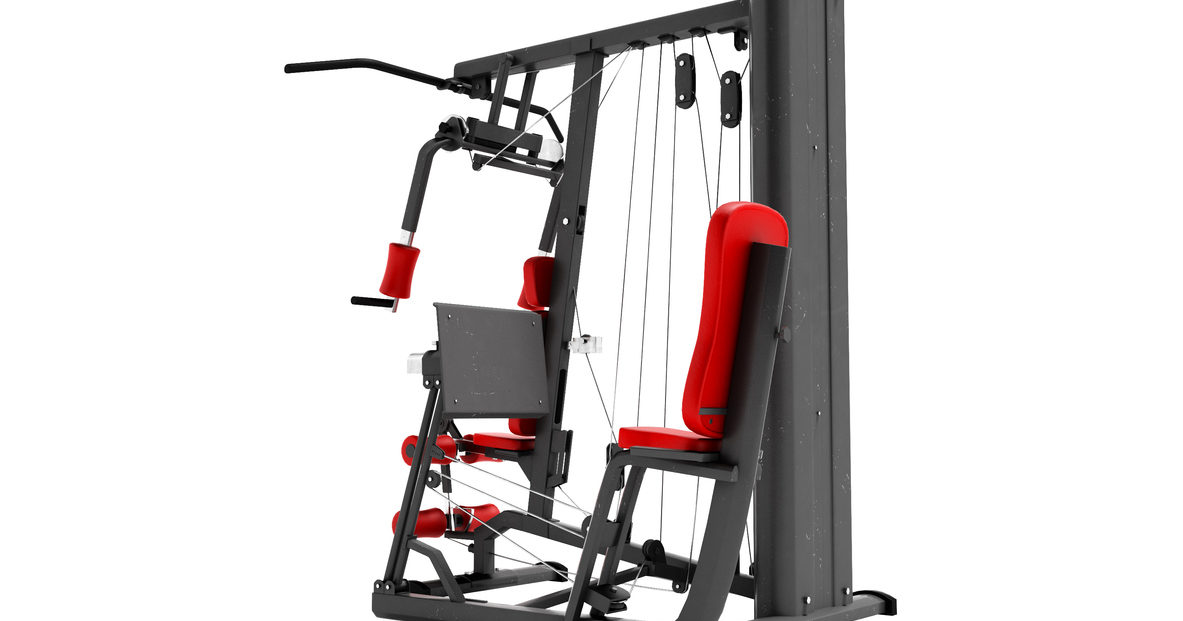 If you figured a household item had to be broken or outdated to make it onto Dad’s shit list, his longstanding grudge against the Bowflex puts that theory to bed. The guy bought the insane-looking, Dr. Octopus-ass piece of workout equipment in 2003 during one of his little phases where he decided he was going to get in shape, but it didn’t take long for the relationship to sour. After only a few weeks of getting sweaty as shit while doing half-assed 15-minute Bowflex workouts, Dad had clearly given up on exercising regularly but was too proud to admit it, so he instead started blaming the machine for his lack of follow-through. Whether it was 100 percent fabricated complaints like “Cable workouts are bad for my rotator cuff, and Bowflex is all cables,” or definitely-not-scientific bullshit that he thinks sounds smart like “The Bowflex is fine in a pinch, but you can’t build any real muscle mass without free weights,” or dumb attempts to paint himself as a victim like “Bowflex was as big a scam as the Shake Weight, I should get my money back,” Dad was constantly trying to prove that him being a fat, lazy piece of shit was somehow the Bowflex’s fault. He eventually made a big dramatic show of dragging the Bowflex into the unfinished storage room in the basement so that he didn’t have to look at it anymore. Yet to this day—nearly 20 years after he first purchased the machine from an infomercial he saw on USA while watching an episode of Walker, Texas Ranger—he still occasionally gets pissy and riled up thinking about the Bowflex, still under the impression that he must justify his abandoned fitness ambitions even though no one in the family ever cared about it in the first place. 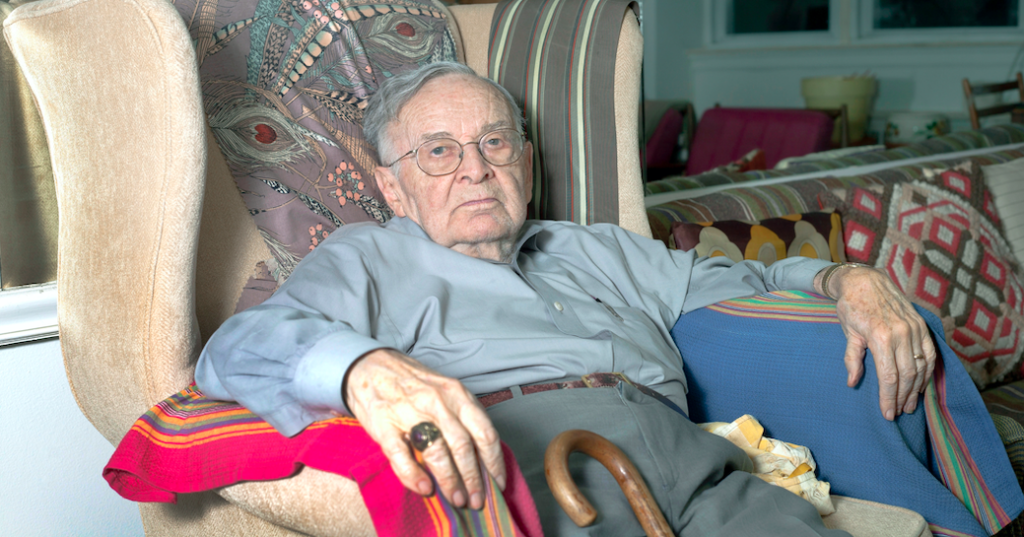 While Grandpa is not technically a household item, a strong argument can be made for classifying him as one, as there’s really not any difference between him and, say, an end table, since they both just sit in one spot in the living room all day long and don’t do anything. It’s something that Dad is constantly getting pissy over, as Grandpa is usually parked in the best recliner and watching something that isn’t the thing Dad wants to watch. If Mom didn’t care about Grandpa so much, Dad definitely would’ve ditched him at a nursing home years ago, but since that’s not something he’s allowed to do, he’s instead settled on just constantly bitching at Grandpa and acting like he’s holding him back from living his best life, even though he was doing literally nothing notable with his time before Grandpa moved in and his lifestyle has not changed in any discernible way since.

5. The patio chairs that Mom insisted on getting but Dad hates because you have to bring the cushions inside every time it looks like it might rain because they’re not supposed to get wet 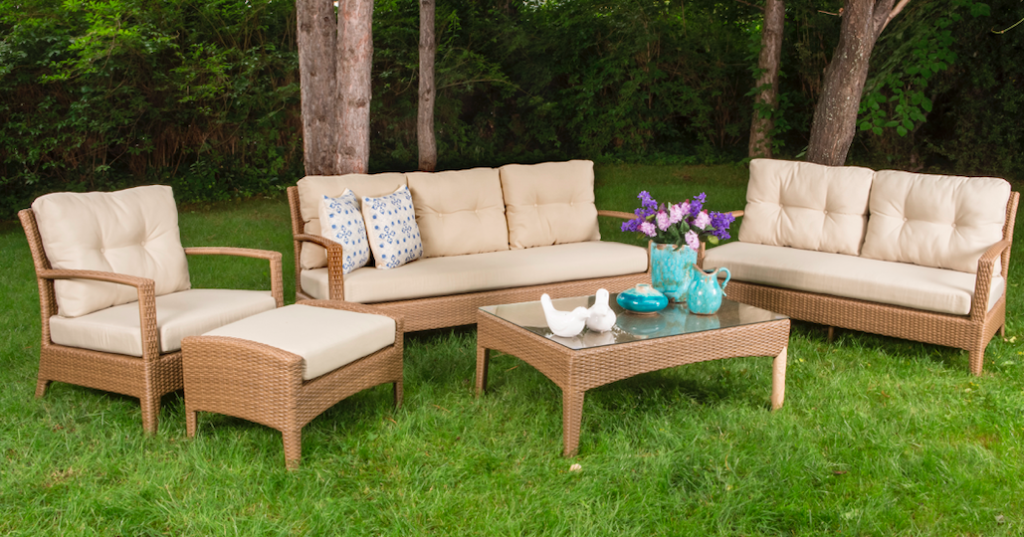 “What’s the point of having outdoor patio furniture if you can’t even keep it outside? It’d be like buying a boat you can’t take in the water—it’s just asinine!” Anyone who’s spent more than five minutes in the backyard with Dad has definitely heard a few variations of this complaint, which is also usually followed by a lengthy rant about how the chairs cost 800 goddamn dollars when the wrought iron chairs he wanted from Home Depot cost literally half that and were actually designed to withstand a little weather. Even more frustrating for him is the fact that the cushions are gigantic and there’s no place to discreetly store them, so they usually just end up stacked in a pile that takes up half the kitchen and makes it impossible for him to do his daily sudoku puzzle at the kitchen table without getting all riled up about how much of an eyesore it is. Dad once threw such a big tantrum over the patio chairs that it made Mom cry, which is definitely shitty but also kind of funny if you think about it. 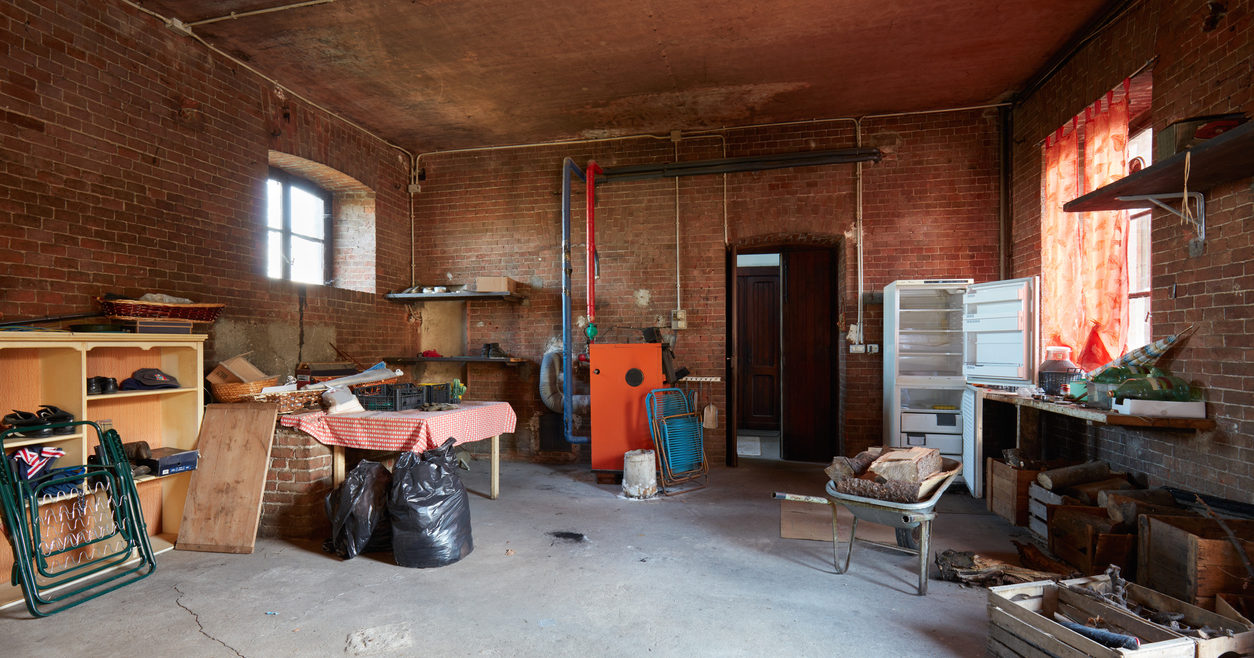 For as long as the family has lived in this house, Dad has waxed poetic about finishing the basement, a pipedream he believed would transform the standard, concrete cellar littered with cardboard boxes and fake-leather furniture into a source of endless joy and would boost the house’s resale value by “a hundred grand, easy.” And in 2007, Dad finally embarked on his journey to make that dream a reality, and he couldn’t have been more thrilled. He had drywall put up and painted. He bought a ping-pong table and a corresponding little stand where the paddles and balls would go. He even hung up the several vintage beer lights he’d collected and saved for this exact occasion, prominently featuring them as the centerpieces of his grown-ass-man-who-still-thinks-frat-house-decor-looks-cool design scheme.

Unfortunately, though, his efforts were derailed when Grandma on Mom’s side died and he suddenly had to devote all his Saturdays to getting rid of all her old-lady junk and selling her house, putting a temporary pause on the remodel that eventually just turned into a permanent one, leaving the half-finished basement looking incredibly shitty. The air hockey table Dad was once so proud to have scooped off eBay for $75 quickly became a laundry folding station. Ping-pong paddles got strewn about everywhere, the rubber padding on them chewed up by the dog. The vintage wet bar he inherited when Grandma on his side died was left looking weird and out of place against the dusty concrete floors, failing to deliver the classy Don Draper-style effect he was aiming for. Plus, it’s absolutely goddamn freezing down there, and at this point the only time anyone ever goes to the basement is to use the bathroom Dad paid out the ass to have put in, as this is the one place in the house you can go to take mondo nasty shits in peace.

Because of all this, Dad now hates the basement more than maybe anything else in the world. If he has to go down there even to grab something real quick, you’ll actually see the muscles in his face tense and shift into a scowl, and it’s hard to blame him. In his head, the basement betrayed him. It betrayed the future they were supposed to have together, in which it would provide a nightly escape from all the stresses of being up on the main floor with Mom, who, to his credit, is really annoying. For a guy who has literally nothing interesting or important going on in his life, a finished basement would’ve provided him with the illusion that he’d done something worthwhile with his time on Earth, which of course is not the case, but still. The half-finished basement now stands as a metaphor for Dad himself—a monument to the unremarkable and to failing to live up to potential—and his disdain for it is clearly just a projection of his own low self-esteem. It’s really pitiful, to be honest. Dad is a pitiful man.