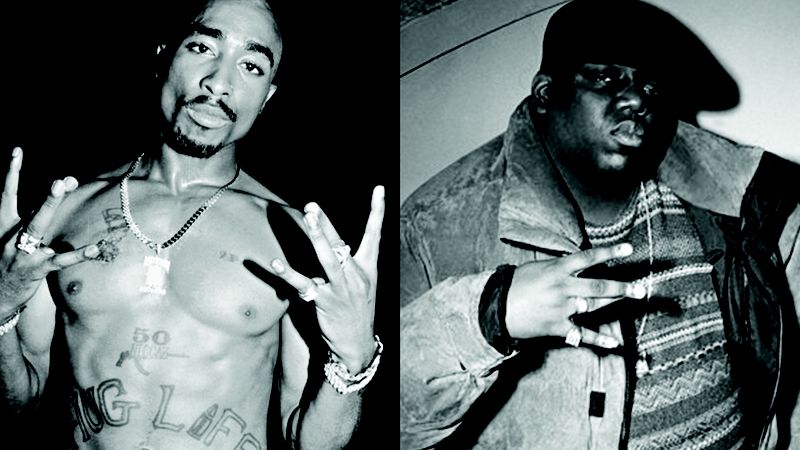 Becoming a star in the world of hip-hop is all about earning respect, and part of earning respect is going head-to-head with those who disrespect you. Here are a few of the most epic hip-hop feuds of all time.

The feud between these two hip-hop moguls originated in the early 2000s, when Ja Rule borrowed 50 Cent’s DVD of The Shawshank Redemption and never gave it back. Ja Rule claims that he doesn’t remember borrowing the DVD, but 50 Cent is adamant that he lent it to him, going so far as to implore Ja Rule to “at least look around for it” on his 2002 single “Wanksta.”

The East Coast vs. West Coast beef goes way back with these two. Born on the same day on opposite sides of the country, the infants Diddy and Suge Knight came into the world and immediately sprinted out of the hospital, charging across multiple states until finally meeting up in a field in Nebraska, where they began strangling each other. Decades later, they still haven’t stopped.

These two ATL rappers have been fiercely competitive with each other for most of their respective careers, but luckily, this hip-hop beef has a happy ending. The two buried the hatchet in 2007, collaborating on a track in which T.I. rhymed “Ludacris” with “phenomenal kiss” and Ludacris rhymed “T.I.” with “great guy,” a symbol of their newfound respect for one another.

Nobody knows what a few unruly swans did in 1999 to incur the wrath of Eminem, but the Detroit rapper has railed against them for more than a decade in both his music and his personal life. “It’s not all swans I have a problem with, just several of them that I happen to know are very unruly,” said Eminem on the red carpet at the 2003 Grammys. “Those unruly ones are always causing problems and are, on the whole, way too rowdy. I refuse to even be in the same room as them.”

After being friends for years, 2Pac and Biggie had a falling out over differing opinions about the 1992 general election in the United Kingdom. 2Pac was a Labour supporter, while Biggie championed John Major and the Conservatives. The rest is history.