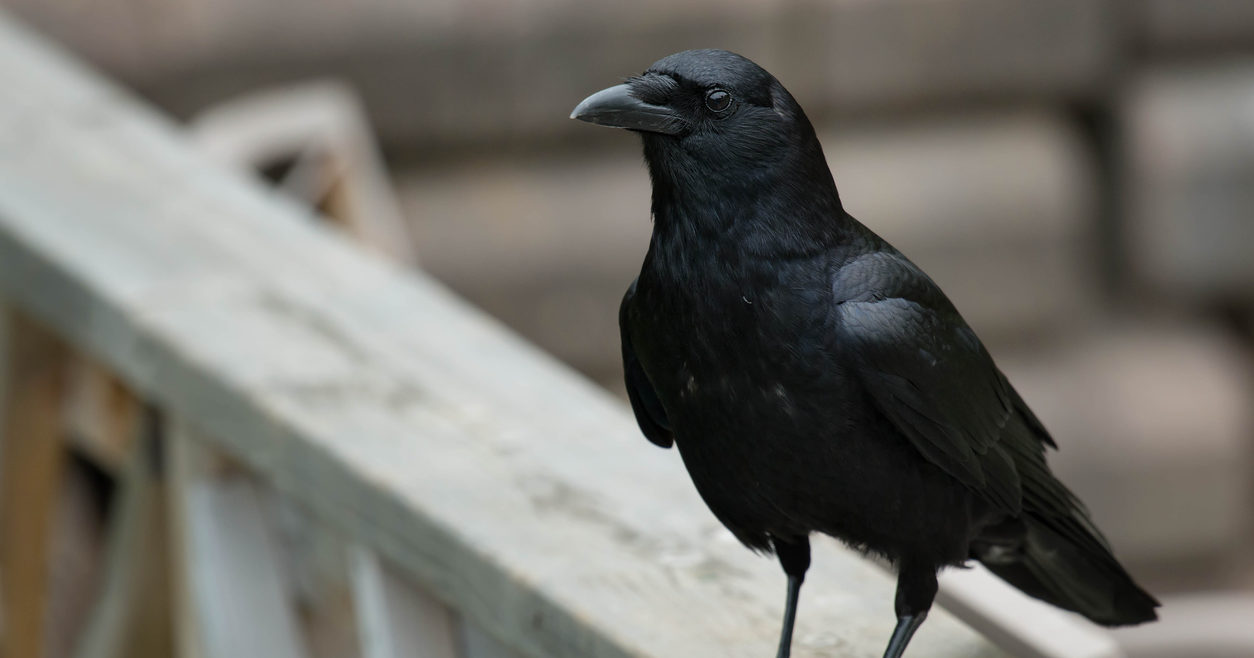 1. Make the crow squawk really loudly and tell your neighbor it’s because his house was built on top of the crow’s wife

First, make the crow squawk and shriek all day and all night nonstop. Eventually your neighbor will come into your yard and ask you, “Why does your crow make such a squawk?” When your neighbor asks this, just tell him, “Oh, didn’t you hear? Your entire house was built on top of his wife. The crow’s wife is not a crow. She is a different animal. The crow is so sad because your whole house crushed his wife and so he will never stop squawking with grief.” Your neighbor will think that if he ever wants to escape the sound of the crow screaming, he’ll need to switch houses and live in a different town. And just like that, you’ve made your neighbor move away using nothing but a solitary crow.

2. Train the crow to place a human leg in your neighbor’s mailbox

Once you’ve acquired your crow it’s time to get to work. Get a human leg from your usual place, and train your crow to fly over to your neighbor’s house and place the leg down in his mailbox. Your neighbor will look at the leg that just arrived in his mailbox and say, “Oh, shit! That’s some of a guy.” Then have the crow place a letter in your neighbor’s mailbox that says, “Hello. I am the owner of the leg. A crow is delivering me piece by piece into your mailbox, and when the rest of my body arrives, I’m going to punch you in the ass.” Your neighbor will realize he has to get out of his house before the rest of the guy’s body parts arrive, or else he’s going to get punched in the ass. He will move away as fast as he possibly can, and it’s all thanks to just one crow.

3. Train the crow to fly through your neighbor’s bedroom window put a dunce cap on his head while he’s sleeping

Using academics, train your crow to fly through your neighbor’s bedroom window at night carrying a conical dunce hat. While your neighbor slumbers, the crow will hover in the air above him and place the dunce cap on his head before flying away into the night. When your neighbor wakes, he will say, “Time to go to the bathroom and look at my head.” When he looks in the bathroom mirror, he’ll see that there is a dunce cap upon him, and he’ll say, “Fuck and yikes. According to my new hat, I’ve become a dunce in the night.” Within minutes you will receive a phone call from your neighbor and he’ll say, “Did you hear the bad news? I’m a dunce.” And when you say, “That’s a tough break, neighbor,” your neighbor will say, “Yes. I need to switch houses to a place in the mountains where other idiots live.” Your neighbor will move away and live in the mountains, and you will have made this happen using just one crow.

4. Put the crow in a birdcage and hang it front of your neighbor’s TV

This one is so simple that even a fucking cow could do it. First, put your crow in a birdcage. Then, while your neighbor is at the store, sneak into his house and hang the crow’s cage from the ceiling such that it is dangling in front of your neighbor’s TV. Sometime in the next few days, you will get a phone call from your neighbor and he will say, “There’s a crow in front of my television. It’s blocking my view of all my shows. I’ve got to move.” Within a week, your neighbor will be on his way to a new house that doesn’t have a crow hanging in front of the TV.

6. Replace your neighbor’s bathroom mirror with a photograph of the crow so that your neighbor believes that he has turned into a crow

While your neighbor slumbers, simply sneak into his bathroom under the cover of darkness. Once you are in his bathroom, send his bathroom mirror into the abyss and replace it with a wallet-sized photograph of the crow. When your neighbor wakes up the next morning, he will say, “Time to go into the bathroom and look at my head,” and he will go into the bathroom to look into the mirror. When he sees the face of the crow staring back at him he will say, “Oh, fuck and shit. I’m a crow. How could I let this happen?” Then he will call you up and say, “Bad news, neighbor. According to my bathroom mirror, I’m a crow now, so I need to move to the Amazon rainforest to live with the other crows.” By the end of the day, your neighbor will be gone from his house, and it will all be because of one simple crow. Wonderful!