7 Classic Sitcom Characters Who Were Unrecognizable In The Pilot 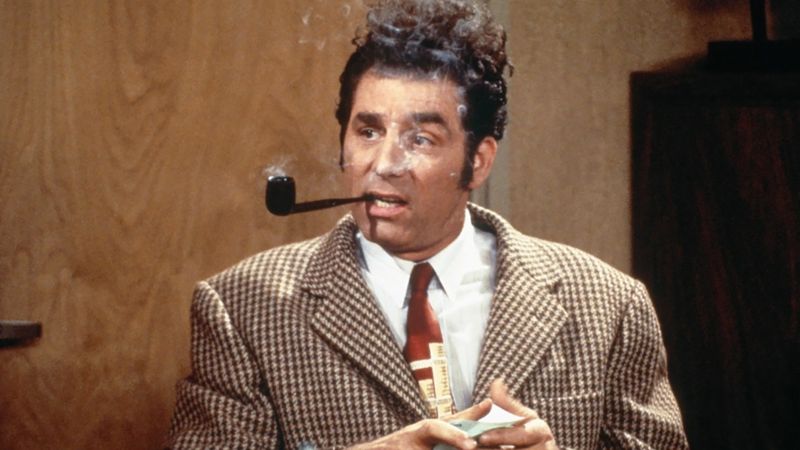 Before they became the icons we know and love, many of your favorite sitcom characters started off much differently than how they’d eventually turn out. Here are a few classic characters who look totally different in their pilot episodes.

At the beginning of Seinfeld’s nine-season run, Kramer was known as “Chinese Kramer” because series co-creator Larry David believed that the actor who played him, Michael Richards, was Chinese. Eventually, David was informed that Richards was not Chinese, and, accordingly, decided to shorten the name to just “Kramer.”

Before she was portrayed as Ray Barone’s nagging, intrusive mother on Everybody Loves Raymond, Marie was simply an unnamed female character who would stand silently and motionlessly in the family’s kitchen, moving only to open the refrigerator when other characters needed food.

While it eventually became a starring vehicle for the Mowry twins, Sister, Sister was built around the unlikely duo of Tia Mowry and an uncomfortably muscular greyhound named Gaspar, who were born from the same mother but separated at birth. Producers quickly found that the ambitious, high-concept premise went over most test audiences’ heads, but, luckily, Tamera Mowry was available to step in and replace the burly dog.

Though the character is now played by the teenager Rico Rodriguez, Manny was originally portrayed by Academy Award–winner Anthony Hopkins, who spent the entire pilot yelling, “I’m your son!” at every character in the show in a deep British accent.

While mostly sticking to his endearing slacker self throughout The Office’s pilot, John Krasinski is constantly shooting glances at a framed portrait of the Virgin of Guadalupe on his desk. Once producers caught on, they moved the portrait just behind the camera, and the “Jim Halpert look” was born.

In early episodes of the classic sitcom, Ralph Kramden was a lifelong bachelor who was quite content being single, and had the catchphrase “There is nobody I want to punch to the moon.” In keeping with his lack of a wife, the character of Alice Kramden was originally just a wooden hat stand, but was later changed to a human woman played by Audrey Meadows.

Before producers added 30 years to his character’s age and changed his name to “Niles,” Frasier’s second lead character was Gordon The Sexual Infant, a 6’2’’, 7-month-old sex maniac who made love to Daphne, Roz, Frasier, and Bebe within the span of two minutes in the pilot’s opening scene. As the show developed, writers gradually reworked Gordon The Sexual Infant to be the slightly more restrained, reserved character we all know today.