7 Photos From ISIS We Still Owe Them Royalty Payments For 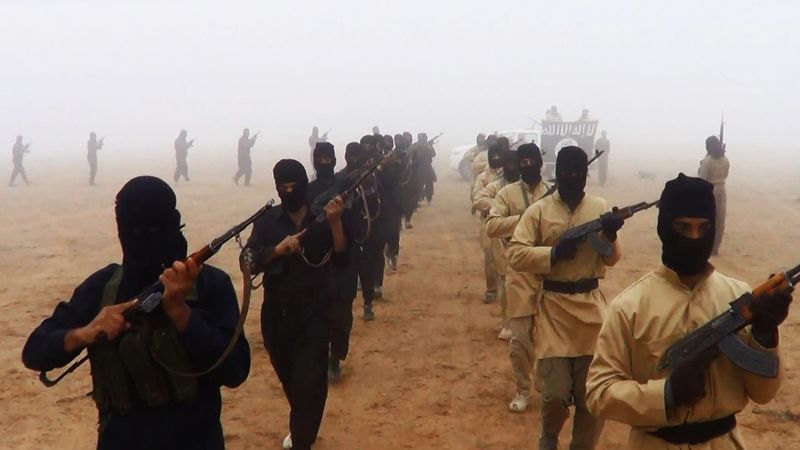 These photos provide a fascinating glimpse of what life is like living under the brutal rule of ISIS, and we would like to get the militant group paid for them as promptly as possible.

1. In the Syrian city of Raqqa, women must wear niqabs to cover their face at all times when in public. It would be great if ISIS could email us an address where we can send a check, or a bank account code and routing number, if you’d prefer direct deposit.

2. Armed men patrol the streets to ensure compliance with strict religious law, which bans many forms of entertainment including music, sports, and alcohol. While we personally don’t approve of theocratic dictatorships, we are committed to paying all our photo contributors for the work they do.

3. Another fantastic photo by ISIS, showing one of the group’s frequent military parades. If you would like credit to go to a specific photographer, let us know their name. Until then, we’ll attribute the work to “Islamic State in Iraq and Syria.”

4. ISIS has faced widespread condemnation for atrocities including genocide, slavery, rape, and videotaped executions. Of course, we would prefer not to send them money, but that isn’t our money to withhold. There are certain copyright laws we have to abide by, and honestly, ISIS has already earned its money with these phenomenal photographs.

5. You see, by accepting payment, ISIS grants us a non-exclusive unlimited reproduction license for the duration of these photographs’ copyrights, allowing us to reuse these pictures online and on any other form of media without further remuneration. The photographs are not considered works for hire, allowing ISIS to retain authorship and license them to other media outlets.

6. Invoices received before the end of the month will have payment issued within two weeks of the 1st of the following month. If your invoice is received after the 31st, it may be delayed until the subsequent payment cycle. Please include a filled-out W-9 form with a valid taxpayer identification number.

7. A cornerstone of ISIS strategy is recruiting fighters from overseas using professionally lit propaganda photos with excellent composition like this one. We look forward to partnering with this photo contributor again on future articles.