7 Things I Chased During My Day Off From Work, Ranked By How Long I Chased Them For 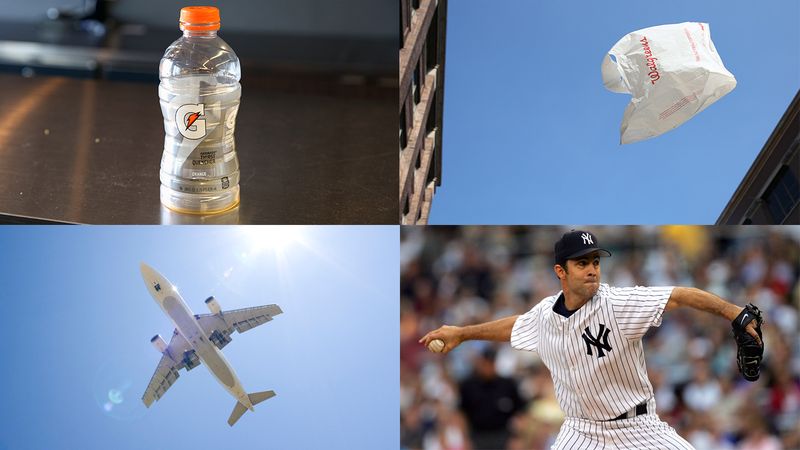 It’s rare for me to get the day off from work, and I think I made the most of it.

7. An Empty Gatorade Bottle Rolling Down The Bus Aisle (6 Seconds)

The first chase of the day was also the shortest. I was on the public bus headed to the supermarket for some lunch meat when I saw an empty Gatorade bottle (flavor: orange) roll right underneath me. From there, the quick chase was on. I would’ve been able to get to it quicker, but as usual, there were other people on the bus. Luckily, I was able to snag it before anyone else noticed, and I’ve used the Gatorade bottle for putting coins and water into ever since. I probably still could’ve done this chase even if I had to go into work, but I didn’t.

I saw a man in a nice suit in the supermarket parking lot, and of course I dropped my lunch meat and took after him in hot pursuit. I did this because I wanted to know where you get a suit that nice. I caught him in less than a minute, grabbing his collar and pinning him up against the front door of a nearby Potbelly. I screamed, “Where do you get a nice suit like the one you’re wearing?” and he screamed back, ”I don’t know! My ex-wife gave it to me when we got divorced!” His answer wasn’t very helpful, and I still don’t know where to get a suit that nice. As of now, my best guess is the mall.

What a stroke of luck this was! I was standing still on my front lawn when I suddenly had an idea for news, and at that exact moment, the Channel 5 News truck happened to be passing by. I immediately took off after it, chasing it down a few streets until it had to stop at a red light. From there, I was able to get the driver’s attention and tell him my idea: a story where a criminal does something nice instead of one of their classic crimes. I don’t want to get my hopes up too high, but he seemed pretty receptive! He even said, “Thank you for your idea for news,” before pulling away.

I chased this airplane for quite a while. I’ve never been in an airplane before, but they’ve always fascinated me. Why are they so loud? I decided I would chase after this plane until it landed so I could ask the male pilot all my questions. Unfortunately, because I was paying more attention to the sky than I was to dry land, I ran straight into a lake and got laughed at by some fellow adults. By the time I got out of the water, the plane was gone, and my questions still remain. I have to go back to work tomorrow, so this will have to wait.

3. A Plastic Bag From Walgreens That Had Gotten Caught In The Wind (8 minutes)

The wind was pretty strong on my day off from work. In fact, the wind was so strong that a plastic bag got caught in it, which I saw and decided to chase for eight straight minutes. It was a leisurely, casual chase, the type of chase perfect for the languid pace of the middle of the day. And what was the type of plastic bag, you ask? Why, none other than a Walgreens bag, and now I occasionally use it to transport things around my apartment.

2. Someone Who Looked Like Former New York Yankees Pitcher Mike Mussina With A Beard (22 minutes)

I’m not really a Yankees fan, but when I saw someone who looked like former Yankees ace Mike Mussina with a beard leaving Potbelly at around 3:30 p.m., I immediately began chasing him. Sure, I’ve seen famous people before (an example is Brando), but that doesn’t mean it ever gets any less cool. It took me more than 20 minutes before I caught up to him (this was a very athletic man), but unfortunately, it ended up not being Mike Mussina with a beard. I found this out because when I asked him if he was Mike Mussina with a beard, he said, “I don’t know who that is, but I am Ronald Joyce, and I do not have a beard.” I don’t regret chasing him, though. What if he had been Mike Mussina with a beard? It’s always good to make sure when it comes to things like that.

I ended my day off from work on a high note by getting together with some old friends at the park to do what we love most. We chased each other around for two and a half hours and had the time of our lives. It’s something we try to do once or twice a week, and if you had passed by the park that evening, you would have seen 20 to 25 adults, some wielding sticks and some not wielding sticks, some with children at home and some without, chasing each other around and having a ball. And, best of all, we were backlit by one hell of a sunset. So, yeah. This was not a bad day if you ask me. Way better than a day at the office, that’s for sure.