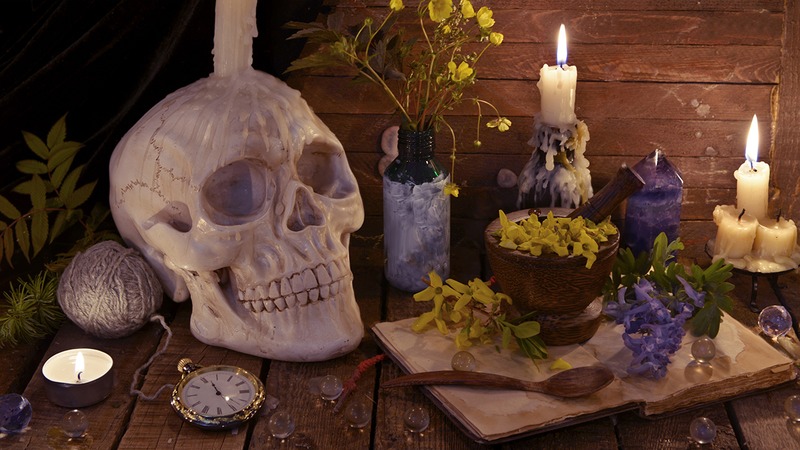 1. The screamer: Ugh, this guy. The sacred procession to the Slittin’ Skiff is supposed to be a solemn occasion, yet the screamer insists on shrieking at the top of his lungs nonstop from the moment the summoner starts anointing him with chicken blood until when the Judgment Hag finally shuts him up with the Holy Bayou Blade. Even when the elders are at the height of their bellowing chorus, you can still hear this asshole screaming on and on about how he’s only 18 and he’s not ready to die. You’ve got to hope Gator God owns some earplugs, because the screamer doesn’t seem capable of shutting his yap.

2. The sob story: Seems like in just about every blood harvest you get some sad-sack virgin who bums everybody out with a sob story about how they’re the sole caretaker to their cancer-stricken mother, or how they sacrificed everything to come to America, or some other saccharine bullshit that puts a real damper on things. It’s like, what the hell are they so sad about? Don’t they realize they’re about to spend the next 5,000 years in the Gumbo Grotto getting blissfully inseminated by the eight Gator Grooms and laying their golden eggs—eggs that Gator God himself will eat for supper?!? These virgins should be stoked out of their minds, but instead they’re just huge buzzkills, and you can’t help but feel a little bad that Gator God’s got to put up with them.

3. The one who plays the race card: Look, yes, it’s true that a disproportionate number of those who are sacrificed to Gator God are Chinese, but that’s just because the overwhelming majority of the virgins the Crawdad Oracle hisses at to condemn to death are Chinese—and everyone knows crawdads aren’t intellectually capable of forming racial biases. So it’s obnoxious when a virgin starts throwing out accusations of racism when, in reality, the Gator God faith is a tolerant and inclusive faith that affords all of mankind an equal opportunity to join Gator God as one of his loyal slaves in the Eternal Sewer, combing his beautiful blond hair for the entirety of one’s afterlife.

4. The know-it-all: The know-it-all is the virgin who thinks he knows more about the Gator Codex than everyone else and tries to forestall his own death by challenging the elders with alternate interpretations of scripture. He’s the snooty little prick who’ll cite the Pardoning of the Muskrats as proof that Gator God is a benevolent deity, but will conveniently leave out the passage’s final three verses, which read, “14. And then the almighty Gator, clothed in brilliant white raiment and a breastplate fashioned of his own teeth, opened his great huge mouth and implored the acquitted muskrats to breathe deeply of the sacred odors wafting from the bottomless pit of his neck, which contained the knowledge of good and evil. 15. The muskrats did breathe of the sacred odors, and they became intoxicated and traveled throughout all the Earth exhaling the knowledge-odors into the nostrils of every man, woman, and child. 16. And through their drunken exhalations they spread a decree from their Reptile Savior above, which said, ‘I have spent all of my mercies upon these wicked muskrats, and the mercies shall not be replenished until 70 million virgins have been sacrificed to honor my name.’” So, uh, explain that one, smart-ass!

5. The one who’s constantly quoting Anchorman: This guy seems to have an Anchorman quote for everything, and it doesn’t take long for him to get on your nerves. He always chimes in with a “Boy, that escalated quickly,” when you transition from the psalms of praise to the throat-slitting portion of the evening. And when you strip him down to dress him in the virginal gator waders, he never fails to invite you to the “pants party.” And, predictably, he always gets a big kick out of calling the Judgment Hag a “smelly pirate hooker.” Listen, Anchorman is a funny movie and all, but it’s annoying as hell when your entire personality revolves around quoting it. Gator God won’t be impressed by your “many leather-bound books” or that your apartment “smells of rich mahogany,” and he sure as hell won’t think you’re “kind of a big deal.” If anything, he’ll have to drink lots of “scotchy scotch scotch” just to put up with your obnoxious ass.

6. The one who puts up a fight: While it’s normal for sacrificial virgins to act a little jittery in the moments before Judgment Hag slits their throats, every now and then you get that super-annoying guy who literally tries to fight for his life. This guy’ll be so jacked up on adrenaline that nothing—not even the Holy Gator Heroin or the Eyeless Shrimper’s rattle—can calm him down, and he’ll straight-up kick the Judgment Hag in the face if it buys him an extra few seconds of life. Hell, even his death spasms are a pain to deal with. You can only hope that the dude gets his shit together before transmigrating to the Eternal Sewer, because Gator God only plays his special trumpet song for virgins who are of glad heart and mind.

7. The one who insists he’s not a virgin: Just once it would be nice to make it through the Invocation of Swamp Christ without some pizza-faced nerd in the holding cage trying to convince you that he’s not really a virgin. Like, really, Poindexter? Who’d you have sex with, your microscope? It’s heartbreaking the lengths to which some of these guys will go to persuade you that they’re impure when even the Eyeless Shrimper can see they’ve clearly never gotten laid. Apologies to Gator God for sticking him with these dweebs, because they’re certainly not the finest planet Earth has to offer.