8 Times I Just Narrowly Escaped Being Knighted By Queen Elizabeth 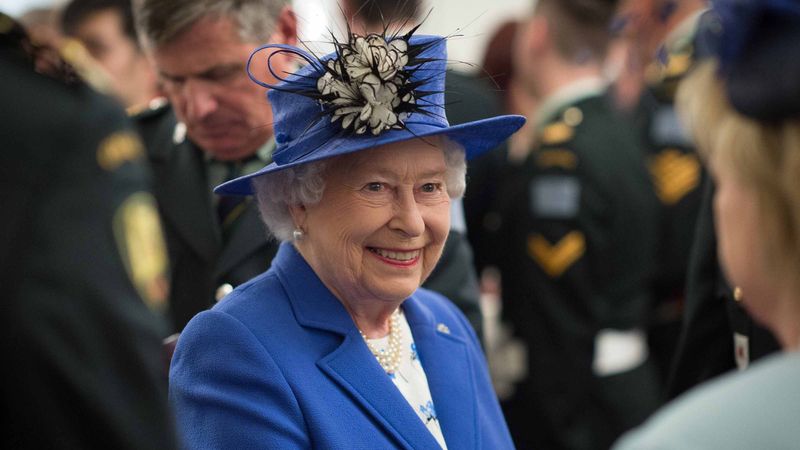 This woman will not leave me alone.

This is when it all began. I always walked by Buckingham Palace on my way to work, until the fateful day I noticed Queen Elizabeth standing alone behind the palace gates, waving for me to come over. At first, I thought it was pretty incredible. How often does something like that happen? I walked over with a big, incredulous smile, but before I could even introduce myself, she mumbled, “Hello, I am going to knight you,” and pulled out a sword in the knighting fashion. I ran away faster than I’d ever run before. Of course, I assumed it would be the last time something like this would ever happen, but I was wrong.

The second time the queen tried to knight me was two weeks later at a Manchester United game. She was being honored at halftime, and although her presence unnerved me a little, I was up in the nosebleeds and assumed that this was somewhere royalty would never visit. I guess she’s the exception. No more than 20 minutes later do I hear someone shout “Ice-cold beer” in the voice of an ice-cold beer vendor, and as I turned to order one, I realized that it was the goddamn queen in some sort of vendor disguise (but still wearing her crown), with her sword inches away from my shoulder. I had to climb over my fellow Man U fans to escape, and as I did, I realized that this would be the last time I could ever see the Red Devils in person—something that eats at me to this day.

This time, I was leaving the bank when I saw the queen standing in the middle of a crowd with a sword at her side. I started to run, but she was in hot pursuit, flailing her sword around and knighting dozens of people in the process. She eventually caught up to me, and when I threw my bank money at her in self-defense, she didn’t even flinch. I eventually had to turn over a fruit cart to get her off my trail, and when I got home, I didn’t leave my house for two weeks.

Yes, I should have known better than to agree to a knighting ceremony. But luckily, I realized my mistake when I got there, and when I called it off, there was surprisingly little hassle. The queen seemed surprised that she got so close, I think.

Five years went by, and I all but assumed that the whole knighting business was over with. That’s why I was so surprised when she showed up once again during my vacation to Argentina. I was lying on the beach, and as I happened to turn to my left, there I saw her, 100 yards away, coming right at me in a full-on sprint with her sword in the air. I got up and ran right into the ocean. Fortunately, she didn’t follow, and after a while, she got discouraged and walked away.

Allow me to present a truly terrifying scenario: I’m showering in my own home, and 20 minutes in, a sword slowly turns the water from cold to hot. The queen’s in my goddamn house, and this time I finally decided to confront her. I screamed, “Hey, why me?” to which she said, “You deserve this! Please let me touch you with a sword!” to which I replied, “I do not, and you just have to get out of my goddamn house.” I do not deserve to be knighted, and I think that is very clear, but for some reason she does not agree. After a prolonged back-and-forth, she finally left, dragging her sword behind her in pitiful dismay, ripping up my wonderful carpet in the process.

I went away on a business trip for one week—one week—and when I got back, Queen Elizabeth had made my wife a dame, likely in hopes of forcing my hand. My sweet wife of 18 years, made a dame by the queen. It broke my heart. I was so close to giving in because I didn’t want her to be alone, but I resisted—something I think my wife is still very proud of me for.

This happened just a couple days ago. I had decided I no longer wanted to live in fear, so I returned to my normal route to work that takes me past Buckingham Palace. I walked by the main entrance and looked at the gate, and I fully expected Queen Elizabeth to be there, wielding her knighting sword, beckoning me to come over. But she was nowhere to be found. I breathed a sigh of relief and continued walking, and as I boarded the plane I was set to fly, I began to think that maybe her days of wanting to knight me were over—that I was finally free. But when I looked over to see who my co-pilot was, there she was, holding her sword, begging to knight me, begging to do so more than ever before. I left the plane and ran away as fast as I could. As I ran, I thought to myself, “The chase goes on…it will always go on…and I will never, ever give in.”