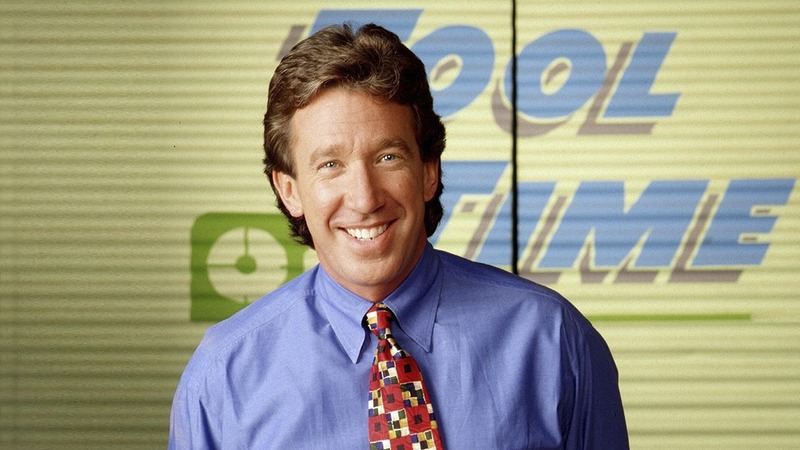 Here are eight times the Tool Man had no shame in cheating on his wife, Jill, on the ’90s sitcom staple.

1. The time he came home late for dinner with his arm around the Tool Time girl, high-fived Brad, and exclaimed, “Just cheated on mom!” After he strutted into the house with his arm around the Tool Time girl, who could forget when Tim marched up to his eldest son, Brad, put his hand up for a high-five, and told the whole family that he had just cheated on Jill! He then boasted to everyone at the dinner table that if they didn’t believe him, they should “smell the sweet smell of marital infidelity on my fingers,” because really, he couldn’t be prouder!

2. The time he invited his mistress to Jill’s birthday party: In the season four episode “Over The Jill,” Jill flat out refused to have a birthday party because she didn’t want people to know her age. Tim, however, decided to throw her a big surprise party anyway, and not only did he invite everyone they knew, but he also brought his beautiful young mistress to the party and cheerfully announced that he was sleeping with her to everyone there multiple times. Yep, he sure loved to cheat!

3. The time his sons put a dent in the hot rod but he was too busy having blatant public affairs to notice: Ah, the infamous season four episode “Hot Rod Trouble.” Tim’s sons were terrified that their dad would find out that they’d accidentally dented his hot rod while wrestling in the garage, but Tim was too distracted by having near-constant affairs to discover the damage. In the end, the boys were able to call up Al and have him repair the car, all while Tim had an affair on their front porch and waved to every car that drove by.

4. The time he sprinted to the fence in his backyard to tell Wilson he was in the middle of cheating on Jill and then ran back into the house to keep doing it: Tim made it perfectly clear that he was proud of cheating on his wife when he ran outside, screamed that he was “cheating on my wife at this very moment, in her own bed, and I couldn’t be happier about it!” to his neighbor Wilson, and proceeded to immediately run back inside to continue having sex!

5. The time he had extramarital sex on the counter of the hardware store and boasted about it to anyone who walked by: Tim got extra bold in this early episode of the series when he had loud, public intercourse with a woman who wasn’t his wife on the counter of the local hardware store. When customers, including Tim’s neighbors and family members, discovered them, Tim enthusiastically shouted out, “This isn’t my wife, and I do this all the time!”

7. The time Randy’s math teacher gave him an F, so Tim had an affair with the teacher’s wife, recorded it, and showed the entire 93-minute tape to Randy with a big smile on his face: The whole time he was playing it back to his son, Tim smiled and said over and over that he would have cheated whether Randy flunked his class or not!

8. The time he made love to Al during a live taping of Tool Time while looking into the camera and pointing to himself the entire time: Lastly, during a very special taping of an episode of the Tool Man’s show-within-a-show, Tool Time, Tim took a short break from explaining how to use a drill press and proceeded to make passionate love to his cohost, Al, while gazing into the camera and mouthing the words, “I’m married.” Make no mistake, Tim Taylor was a man who loved to cheat on his wife, and we were so there for it!