‘80s Flashback: 5 Times On ALF Where ALF Went To A Bank To Apply For A Loan And The Banker Offered ALF An Incredibly Low Interest Rate In Exchange For Sex 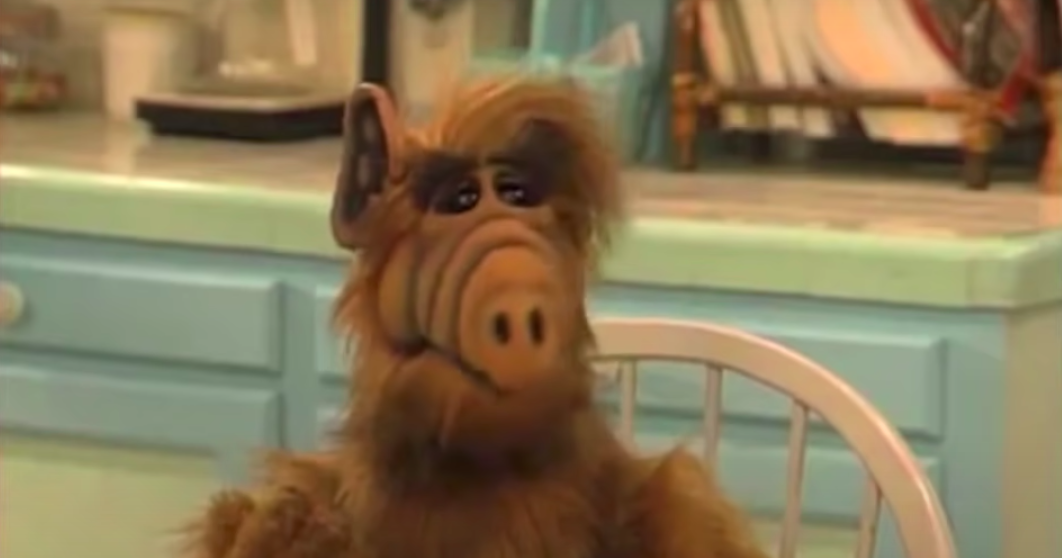 Whether you were actually around during the 1980s to watch it when it aired or you’ve caught it on reruns, you can’t help but feel nostalgia for ALF, a show which could have only been made in the ‘80s. Let’s take a time machine back to that amazing decade with this list of 5 times on ALF where ALF went to the bank to apply for a loan and the banker offered ALF an incredibly low interest rate in exchange for sex.

1. When ALF was offered a 4.25% APR for a boat loan in exchange for mutual oral sex.

In episode 26, ALF’s Quandary, ALF’s banker, Mrs. Porter, offers ALF an exceptional interest rate for a personal watercraft he’s looking to finance in exchange for mutual oral sex. “Listen ALF, you do me, I do you, right here in my office, no one needs to know, and you’ll be driving away from this bank in your brand-new boat,” Mrs. Porter says to a conflicted ALF, who worries that 69ing with his banker may cause problems in her marriage. Ultimately, ALF ends up reluctantly offering his body himself to Mrs. Porter after crunching the numbers and realizing the low interest rate will save him $270 over the course of the loan. The resulting sex scene was the first time that graphic 69ing was shown on network television, resulting in numerous viewers calling local NBC stations to say they liked what they saw.

Season 4 of ALF has some iconic ’80s moments, but one that really stands out is the episode Alf Goes Hollywood, when ALF is trying to purchase a $140,000 condo but his debt-to-income ratio only qualifies him for a $123,000 loan. His loan officer, Patrick, then makes ALF an offer he can’t refuse when he says, “Well, I don’t usually do this, but I can get you down to 7% flat if you get me a tape where you’re pleasuring yourself in whatever way wildebeests like you do that sort of thing.” ALF initially says no, but eventually comes crawling back to Patrick after he can’t find another bank that will go nearly that low on a condo loan. ALF’s humiliating masturbation video plays over the episode’s end credits in its entirety, and it is revealed that ALF masturbates in a very complicated way that is extremely different from how humans do it, but which is too boring to describe here.

3. When ALF’s banker offered to drop a full 3 percentage points off of his HELOC rate if ALF would fuck his wife in front of him.

ALF may be an alien, but he cares about paying too much on HELOC interest just as much as the rest of us. That’s why in episode 12, The Cuckold, ALF doesn’t hesitate to agree to have sex with his banker’s wife in front of him for a drastically reduced rate on his HELOC balance of $864. ALF initially struggles to get erect due to his nerves, but when his banker offers an additional reduction in his interest rate, ALF becomes hard enough to bang the banker’s wife on his desk in meat-and-potatoes fashion while the banker looks on while mumbling things like, “I’m going to jack off to this memory in exactly 15 years.” After this episode aired, NBC stations all over the nation received floods of letters from viewers asking how they could convince their spouses to leave them for ALF.

4. When a banker offered up a killer rate on a motorcycle loan if he could impregnate ALF.

ALF was always a bit of a wild man, so in episode 19, Born to be Mild, ALF decides he wants to buy a motorcycle. Always the bargain hunter, ALF asks his banker if 14.8% is the best he can do on the rate for his motorcycle loan. After thinking about it for a minute, his banker asks ALF if he’s capable of being impregnated by a human, to which ALF responds, “We can try.” 15 minutes later, ALF and his banker are the proud fathers of a screaming half-human, half-ALF monstrosity whom they immediately sell to the zoo. ALF walks out with a 9.35% rate on his motorcycle loan.

5. When ALF was looking to get a credit card debt consolidation loan and was offered sweet deal on a rate in exchange for unprotected sex with seven bankers.

If you grew up during the ‘80s, you probably remember gathering with your family in the living room to watch the iconic episode ALF Saves Christmas, in which ALF gets taken in all 5 holes at the same time by 7 hung bankers in order to get a 7.80% interest rate on a loan consolidating his $468 credit card debt. Only in the ‘80s!