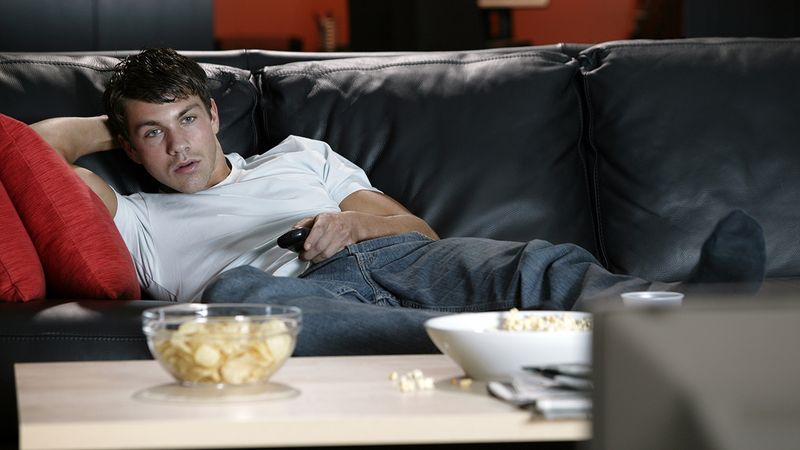 If elections were held to name the ultimate ’90s kid, this guy just might win by a landslide.

Meet 28-year-old Michael Schoen. Like many ’90s kids, he loves talking about old-school Nickelodeon shows, he mourns the fact that you can no longer buy Dunkaroos, and he still remembers exactly what the inside of a Blockbuster smells like. But what separates him from the rest of his peers is his steadfast commitment to a certain—ahem—after-dark form of entertainment: Michael still chooses to watch scrambled pornography!

Yep, we’re not kidding. In an age when an endless buffet of hi-def nudity is instantly accessible to anyone with a Wi-Fi connection, Michael, like a true ’90s purist, still elects to stare endlessly at the squiggly picture on encrypted television channels in hopes of spotting an occasional nipple.

“In my opinion, it’s just a vastly superior porn-viewing experience,” said Michael. “If you’re doing it any differently, then I just don’t think you can truly call yourself a ’90s kid.”