’90s Kids Rejoice! PBS Is Re-Releasing The Banned ‘Magic School Bus’ Episode Where The Class Shrinks Down And Tails Ms. Frizzle’s Boyfriend To Find Out If He’s Cheating On Her 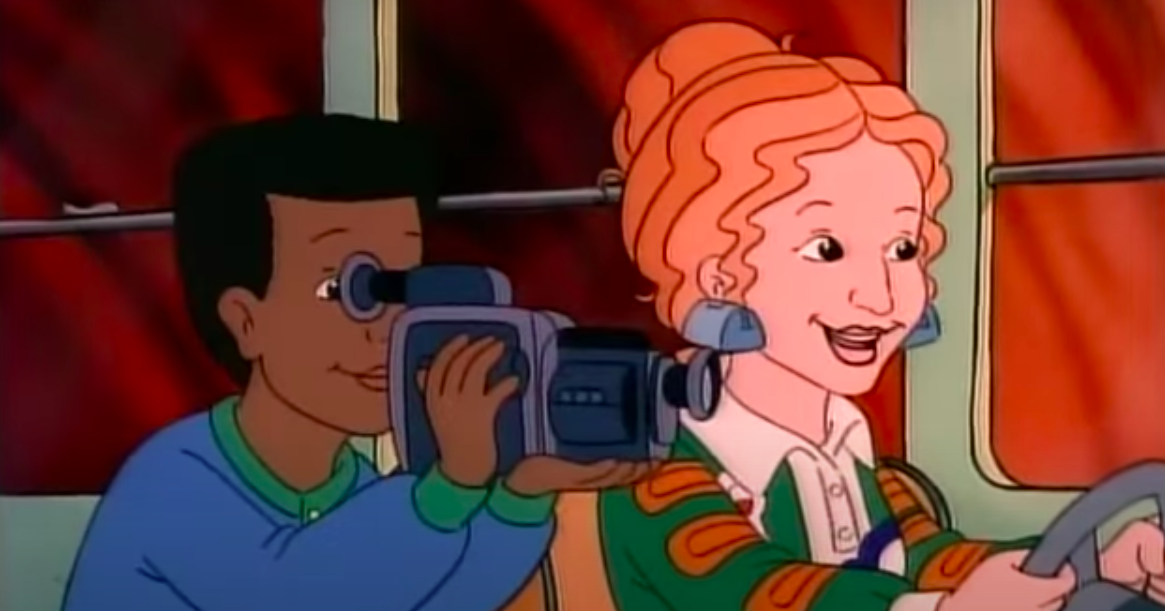 If you grew up in the ‘90s, you definitely watched A LOT of The Magic School Bus. However, there’s one infamous episode you probably haven’t seen, but get excited, because it looks like that’s about to change: PBS is re-releasing the banned Magic School Bus episode where the class shrinks down and tails Ms. Frizzle’s boyfriend to find out if he’s cheating on her!

The controversial episode, titled “The Magic School Bus Exposes Mike’s Lies,” first aired in 1995 and immediately drew ire from thousands of parents who complained that it dealt with inappropriate subject matter and had nothing to do with science whatsoever. The episode began with a bang when Ms. Frizzle burst into the classroom in sweatpants and a wine-stained tank top, herded all her students onto the Magic School Bus, and pulled a lever that shrank the entire thing down to microscopic size, telling the class that it was time for “a lesson in getting what’s coming to you.” When Arnold yelled “Oh gosh, is this another field trip?” Ms. Frizzle just nodded and floored the gas pedal, blasting the microscopic bus across town to her boyfriend’s high-rise apartment building, where she instructed the kids to keep their eyes out for “a balding loser who thinks he’s hot shit even though he’s 35 and still working at Circuit City.”

Now that PBS is finally adding the censored episode to their streaming app, 90s kids will get to watch as the microscopic School Bus gang surreptitiously follows Ms. Frizzle’s boyfriend Mike from his place to the drugstore down the block, where Ms. Frizzle tasks Phoebe and Carlos with checking to see if he purchases any condoms, and has Keesha and Dorothy Ann climb up his jacket to sniff for unfamiliar perfume. Major Magic School Bus fans will be delighted to find that the banned episode still contains the scandalous line in which Keesha asks, “Wait, Ms. Frizzle, shouldn’t we be doing a science experiment?” and Ms. Frizzle replies, “No. I don’t give a shit about science right now. Shut up or I will give you a bad grade.” The episode is also notable for being the only one where Ms. Frizzle refuses to dismiss her students at the end of the school day, instead forcing them to stay long after school hours to spy on Mike while he bar hops around town, buying drinks for several different women who the kids are later ordered to put together “revenge dossiers” on in their lab notebooks in lieu of normal homework.

In the final shot of the episode, Keesha shrugs and says, “Well, It’s never a normal field trip with the Frizz!” while Carlos points excitedly through a bar’s front window at Ms. Frizzle’s boyfriend leaving with an unidentified blonde woman, prompting Ms. Frizzle to mutter “That motherfucker” under her breath and take a big pull from a flask before speeding off in the wrong direction down a one-way road.

While it would’ve been awesome to have watched this in class back in the ‘90s, at least we’ll finally get a chance to see it now. We can’t wait to find out how Ms. Frizzle deals with her deadbeat, philandering partner!