A Beautiful Tribute! The Rock And Roll Hall Of Fame Has Added A Janis Joplin Look-Alike To Chase Visitors Around The Museum With An Ax 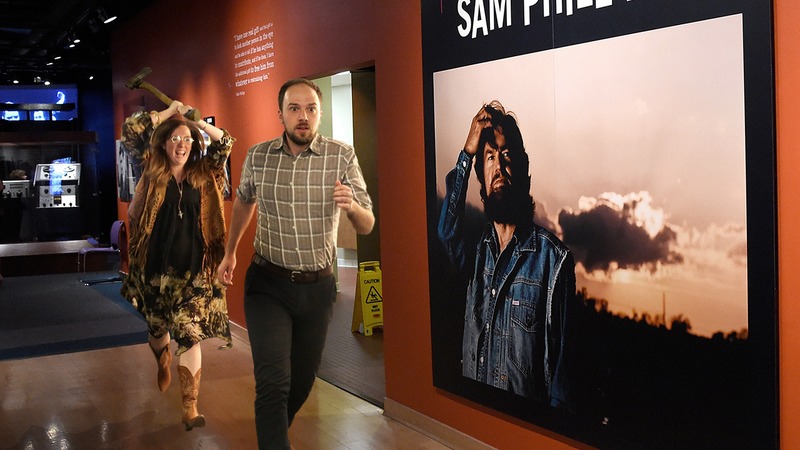 Museums everywhere better start taking notes, because THIS is how you honor a legend.

The Rock and Roll Hall of Fame has never failed to memorialize the genre’s biggest icons in style, but it’s really gone the extra mile this time: Last week, the Hall added a Janis Joplin look-alike who will chase visitors around the museum with an ax in an incredible tribute to the Queen of Rock’s legacy.

Wow. What a beautiful way to honor one of rock and roll’s boldest trailblazers!

The Joplin look-alike, who sports Janis’ signature frizzy hair and groovy ’60s wardrobe, has been roaming unchecked through the museum since last Wednesday, seeking out visitors to hunt up and down Cleveland’s most hallowed halls. Lurking around corners and inside other installations, the impersonator has been instructed to leap suddenly out of hiding places and barrel threateningly toward guests, smiling ear to ear as tears roll uncontrollably down her face.

According to the museum, the imitator is so convincing that visitors will swear it’s Janis Joplin herself helicoptering a fire ax overhead as she aggressively bolts toward them while letting out a guttural yell. Whether she’s muttering the lyrics to “Piece Of My Heart” under her breath or sprinting in perfect silence, guests can now watch history come to life right before their eyes.

Um, yeah. This homage is about as perfect as it gets.

“Janis Joplin was an irreplaceable talent who was taken from us far too soon, but whose impact will endure forever,” said museum curator Howard Kramer. “When rock fans see our Janis Joplin look-alike hunting them down with her 20-pound ax, we hope they reflect on Janis’ life and work and leave here with a newfound appreciation for everything she achieved.”

Visitors this week have said that no matter where they went in the museum, it seemed Janis was never far away, stalking them down with her deadly blade in hand. Some lucky guests even reported spotting Janis in the bathroom, getting chased all the way out to the parking lot, then desperately screeching away in their cars and seeing the murderous Janis impersonator steadily gaining in their rearview until finally they pulled onto the freeway and escaped.

Absolutely beautiful. If you’re going to be in the Cleveland area anytime soon, you better get your tickets, because this is not something you’ll want to miss.