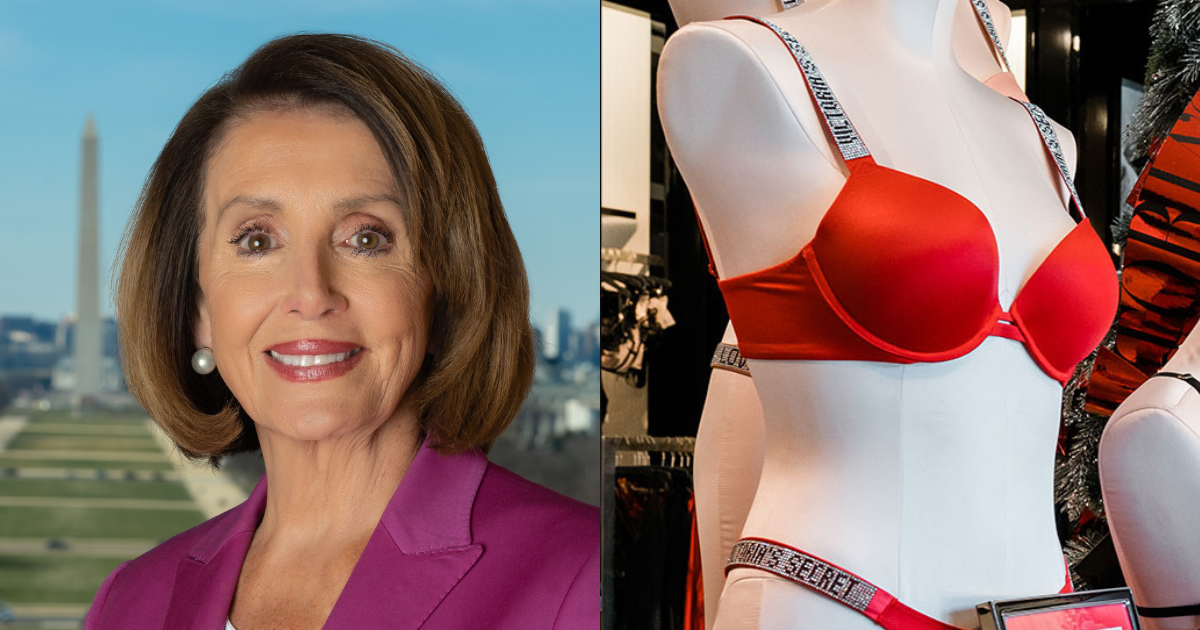 After Nancy Pelosi announced she wouldn’t be seeking another term as House Speaker, she received an incredibly heartwarming outpouring of support and gratitude for her years of tireless political work. Now, one of the biggest women’s brands in the world is honoring her public service in an absolutely beautiful way: Victoria’s Secret is retiring Nancy Pelosi’s bra size.

What a deeply moving tribute! If any progressive icon deserves such all-star treatment, it’s Nancy!

In a public statement released earlier today, Victoria’s Secret revealed that in recognition of the two decades that the California congresswoman led House Democrats, their company is officially retiring her bra size, 36D, from their catalog of available products. The statement explained that starting immediately, in Victoria’s Secret stores across the country, customers looking for 36D bras will instead find an empty sales display containing a portrait of Nancy Pelosi on a black-and-gold plaque, engraved with a commemoration of all the barriers she broke for women in D.C. as the first female House minority whip, the first female House minority leader, and eventually, the first female Speaker of the House.

“By preserving 36D’s affiliation with Nancy’s name and Nancy’s name only, Victoria’s Secret hopes to permanently enshrine her contributions to American politics and female empowerment,” the brand’s press statement continued. “After carving out a 30-plus-year career breaking the glass ceiling and fighting for equality, justice, and progress in an environment as cutthroat as Washington, it’s become rightly impossible to disassociate 36D-sized brassieres from Nancy. This bra size is now Speaker Pelosi’s for all time. This is our small gesture of gratitude for all you’ve done, Nancy. Your service will not be forgotten.”

Simply perfect. This is how you honor a legend!

Needless to say, whoever takes over the House Speaker position next will have giant bra cups to fill, because this rare honor has cemented Nancy Pelosi’s status as one of American politics’ most influential women. Here’s to you, Nancy!