A Better Future: Researchers Have Finally Found The Antidote To Mountain Dew 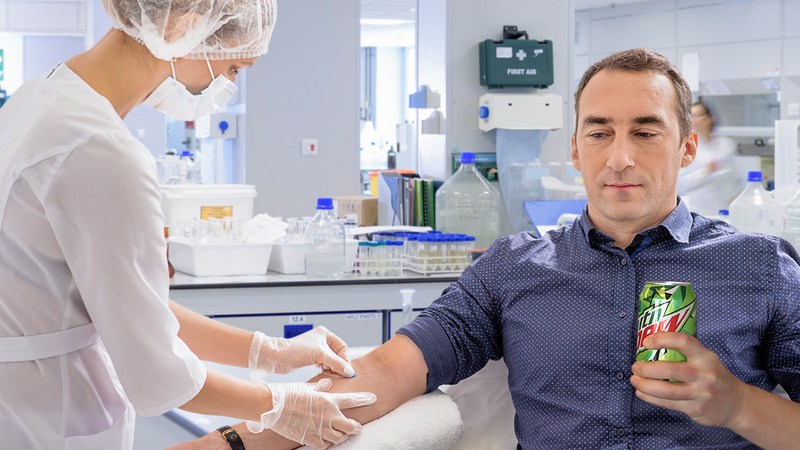 Doctors have been trying to crack the code on a major health problem, and it seems like they’ve just made an amazing breakthrough. Thanks to a groundbreaking medical study, there’s hope for a better future: Researchers have finally found the antidote for Mountain Dew!

According to the decades-long study published yesterday, researchers have invented an experimental serum that can be injected directly into the bloodstream within four hours of ingesting Mountain Dew and that will immediately begin counteracting its effects. During clinical trials, the serum was given to patients who had up to a whopping 12 fluid ounces of classic Mountain Dew, Mountain Dew Ice, or Mountain Dew Code Red in their systems, and it successfully stopped organ failure on 98 percent of patients.

“This fast-acting antidote is the first of its kind to totally neutralize all aspects of Mountain Dew, which, even when ingested in trace amounts, is almost certainly lethal,” said Dr. Frank Quinn, lead researcher on the study. “Before, doctors could only treat this drink’s debilitating symptoms, but now when someone comes in having ‘done the Dew,’ we can stabilize them and allow their body to fight it off naturally, without having to worry about them ending up in a body bag.”

“This could be the difference between life and death for most people,” he added. “And this cure was long overdue.”

Wow. Thanks to this major medical breakthrough, this new antidote will soon help stop the debilitating effects of Mountain Dew in a way that crystals, prayers, and herbs never could. Hopefully, the FDA approves it soon, so we can avoid the dark and horrifying alternative.