A Commitment To Justice: Jeff Sessions Is Currently Chasing A High School Senior Who Got High At Prom Across The Roof Of A Siberian Train 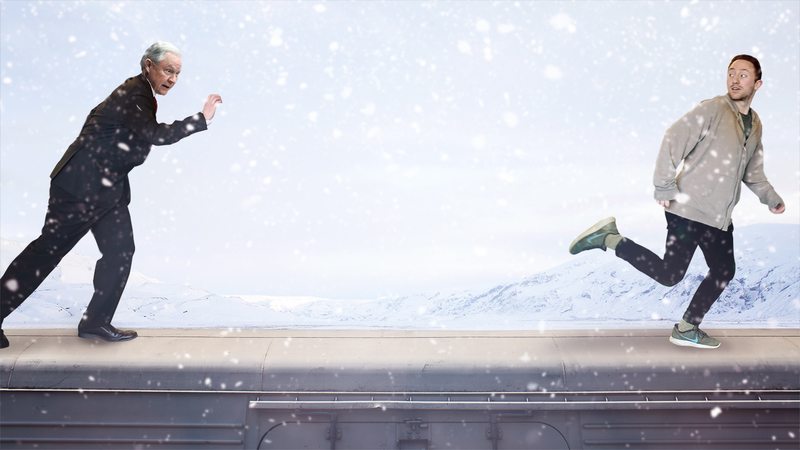 Jeff Sessions’ short time as attorney general has not been without controversy. From allegations of racism to his recusal from the Russian interference investigation, the former Alabama senator has found himself up against the wall more than a few times already, but today he’s proving that nothing will impede his own personal commitment to justice: Jeff Sessions is currently chasing a high school senior who got high at prom across the roof of a Siberian train in pursuit of an arrest.

Wow. Say what you will about Jeff Sessions, but it looks like his commitment to putting criminals behind bars is about as fierce as it gets.

In the months after Sessions found out about the teen that had smoked pot during his prom, the attorney general spent countless hours chasing false leads all over the world trying to take down the perpetrator, and it looks like he finally had a stroke of luck today deep in the Russian tundra. Showing the senior’s yearbook photo to a fish vendor on the crowded streets of Barnaul, Sessions was pointed in the direction of a merchant across the jam-packed plaza who, despite trying to blend in with the locals, Sessions immediately recognized as the 17-year-old who had snuck a one-hitter inside his tuxedo pocket at Riverdale High School’s “Moonlight Sonata”-themed prom earlier this month.

At that moment, the teen looked up, saw the men pointing directly at him, and locked eyes with the U.S. attorney general. The two reportedly gave each other a knowing nod during a silent, tense standoff, all before the high school senior dashed away with Sessions right on his tail. The student zigged and zagged through the crowded Siberian shopping district, knocking over baskets of fruit and barrels of garbage to slow Sessions down, but the dogged public servant kept on in hot pursuit, looking to finally capture his white whale.

After weaving through a series of back alleys and packed intersections, the high school senior, in a last-ditch effort to lose the ever-gaining Sessions, leaped off a bridge and onto a moving train below in a perfectly timed maneuver. A shocked Sessions watched from above as the criminal landed, looked back at the attorney general, smugly smiled, and tipped his tattered cap.

“Not today, you son of a bitch,” Sessions reportedly muttered to himself before sprinting to the opposite end of the bridge and leaping toward the train himself, just barely extending his arms far enough to grab the ledge of the train’s roof and claw his way up, the high school kid looking on in horror before tearing down the rooftop to escape his pursuer.

Whoa. It looks like Jeff Sessions is willing to do anything and everything in order to bring this casual pot smoker to justice.

Anyone who’s doubted Jeff Sessions’ commitment to the law is seriously biting their tongue today. It’ll be interesting to see if the attorney general is able to bring down the high school senior once and for all, especially as the train speeds toward a tunnel on a breakneck cliff in the snowy Russian hinterlands, and if Sessions’ devotion to justice will have any larger repercussions for America moving forward.