A Concert To Remember: Kacey Musgraves Invited Cap’n Crunch To Sing With Her On Stage Last Night Just As A Ruse To Dump Pig Blood On Him And Make The Crowd Laugh 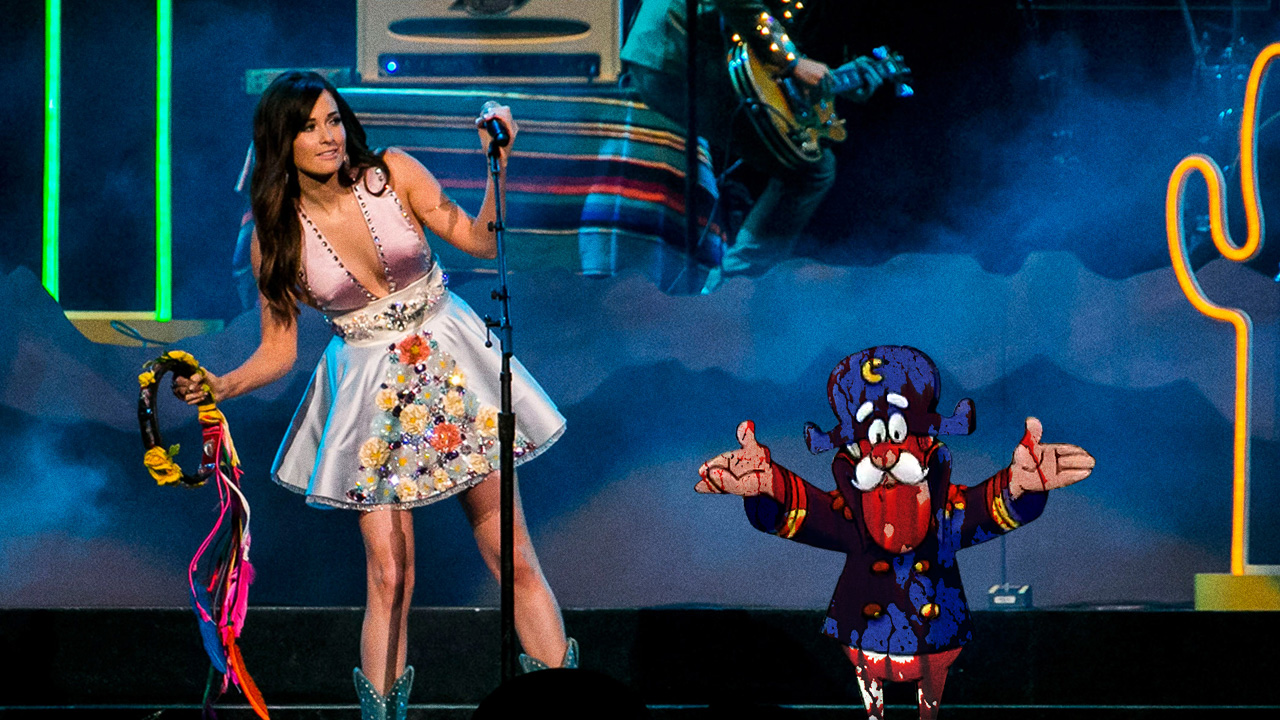 Kacey Musgraves has established herself as one of the most amazing performers working today, and last night at a concert in Knoxville, TN, she wowed thousands of fans with a show they’ll remember forever: The country artist invited Cap’n Crunch to sing with her on stage just as a ruse to dump pig blood on him and make the crowd laugh.

Wow! We are literally SO jealous of everyone who got to see this happen live!

Halfway through her sold-out concert yesterday evening, Musgraves announced to her fans that she would like to invite a “very special friend” to join her for her hit ballad “Rainbows” before having a security guard lift Cap’n Crunch’s two-and-a-half-foot-tall, kettlebell-shaped body onto the stage. Crunch, who was wearing his nicest hat and shoes for the special occasion, waved to the audience and beamed with joy as Musgraves led him across the stage to a microphone positioned directly underneath an oil drum of pig entrails hanging in the rafters. As the ballad’s soft piano intro unfolded, Cap’n Crunch took a deep breath and then sang out in a warbly, entirely off-key voice, “When it rains, it pours—”, before he was suddenly cut off by 55 gallons of hog viscera raining down on him and the crowd’s uproarious laughter that followed.

If that wasn’t already incredible enough, Musgraves then led the thousands of audience members in a spirited chant of “CAP’N SLUT! CAP’N SLUT!” while the Cap’n’s two-dimensional eyes began to fill with tears. Humiliated, the Cap’n scurried off the stage, ran out of the venue, quickly stopped to pee on a dumpster like a dog, and disappeared off into the night hysterically crying while Musgraves resumed playing a selection of songs from her Grammy-winning album Golden Hour. Cap’n Crunch has not been seen since.

Of course, a performance like this didn’t come without a ton of preparation. Earlier last month, Musgraves called Cap’n Crunch on the phone and said that she was “a big fan of his” and would be “honored” if he sang with her onstage an at upcoming concert, all while she and her bandmates tried to stifle their laughter. Cap’n Crunch, completely starstruck, took several deep breaths before responding, “Nothing would make me happier,” adding that her music literally saved his life when he was at a real low point, to which Musgraves rolled her eyes on the other end of the line and whispered, “He’s actually buying it!” to her bandmates. As soon as the call ended, Cap’n Crunch, who lives in Somalia, took out a high-interest loan to pay for a $1,400 plane ticket to Tennessee, quit his job as a prostitute, and headed to America to get ready for the big day.

In the ensuing weeks, the Cap’n went to great lengths to prepare for his duet with Musgraves. From practicing his singing for hours a day to taking diet pills in hopes of losing weight so he could look his best for the crowd, the Cap’n did everything in his power to ensure the duet went perfectly.

“Mom, if you can hear me up in Heaven, just know that I’m singing a big duet with Kacey Musgraves tomorrow, and I hope you’ll be watching from up above,” the Cap’n prayed the night before his performance in the Motel 6 where he was temporarily living. “I’ll do my absolute best to make you proud.”

Of course, he didn’t end up making his mother proud, but instead went on to utterly disgrace himself before thousands of jeering people thanks to Musgraves and her brilliant pig blood prank.

Kudos to Musgraves for putting Cap’n Crunch in his place. Here’s hoping that small, sweaty moron is too embarrassed to show his face in public ever again!