A Diplomatic Nightmare: China Has Demanded Its Own Jon Hamm 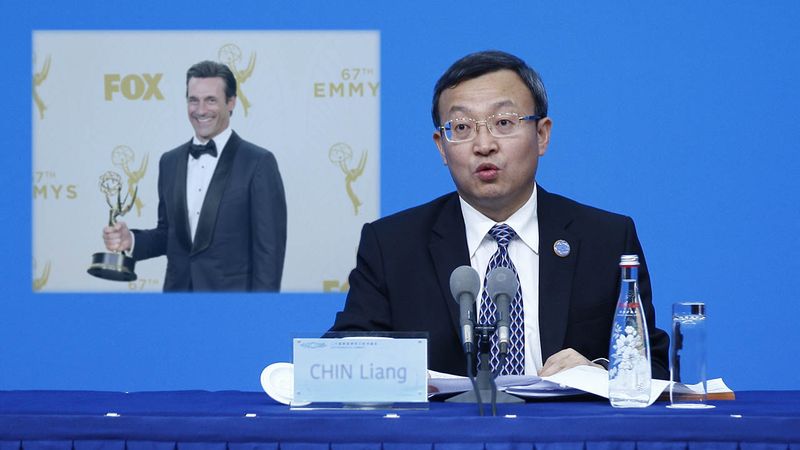 Global politics just got turned up to 11.

There’s no denying that China is one of the world’s most powerful diplomatic powers, which is why their latest bombshell action is not to be taken lightly. In a state television broadcast that aired earlier today, Chinese officials sent shockwaves around the globe after announcing that China is demanding its own Jon Hamm.

Yikes. This is going to be a major headache for Washington to deal with.

Despite having made incredible economic advances in recent years, China still lacks a ruggedly handsome yet accessible actor who excels at both comedy and drama, and Beijing seems determined to fix that. The controversial assertion from the world’s most populous country signifies a clear shift in policy, which in the past had relied on domestic casting calls in an effort to find a Jon Hamm of their own. But after several failed attempts that only went so far as to net China its own Tom Hardy, the Chinese government has taken this bold stance that’s only bound to strain diplomatic relations even further.

“There is no nation more powerful than China, and thus we deserve an actor whose lush hair is rivaled only by his genuine love of the St. Louis Cardinals,” said President Xi Jinping during a state television appearance. “This is not a negotiation. These are our demands.”

The U.S. State Department has been scrambling for solutions ever since the news broke. American diplomats reportedly offered to loan our Jon Hamm to China for a few months but were met with a harsh rebuke, as China is apparently only interested in having a Jon Hamm of its own. According to insiders, State Department officials are frustrated at China’s lack of patience, citing that while the U.S. acquired its Jon Hamm in 1971, they didn’t start to see dividends until 2006 when a bit role on Numb3rs showed just how much potential Jon Hamm had.

But that isn’t stopping China from flexing its muscles in a big way.

“If Mao Zedong were still alive today, he would weep that, despite its modernity, China still does not have its own Jon Hamm,” continued Xi, growing more emotional. “Until we get our own Jon Hamm, we will never have our own Million Dollar Arm. And quite frankly, that is unacceptable for such a major world power.”

Needless to say, nobody was expecting something this charged from China. Let’s just hope cooler heads prevail and China will come to the bargaining table, because Jon Hamms don’t just grow on trees. Until then, we will watch and wait.