A Dying Boy Came Up With This List Of 6 Different Ways To Take A Bath, So Let’s Act Like That Makes Sense 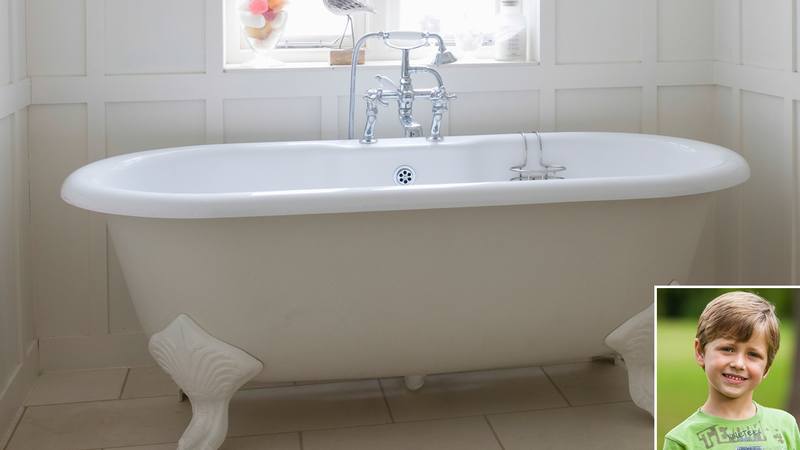 Amazing 7-year-old Eric Duncan has been a brave fighter, battling acute lymphoblastic leukemia for over a year. Unprompted, he came up with this list of six ways to take a bath that don’t make any sense, but he’s in the hospital so let’s just pretend that we all love them, okay?

1. Big hot bath at night with Oreo: All right, this one is pretty tough to understand from the get-go. It seems like Oreo is a pet of some kind, maybe a black-and-white dog or cat. You probably don’t have a pet named Oreo, so this one is pretty niche, but let’s just say you do because Eric isn’t doing well and it’s not going to kill us to give his list a little support. Don’t be afraid to post this to your Facebook and tell your friends that you love this type of bath!

2. Stick bath: We could try to parse this one out, but regardless of what we come up with, it sounds like the main idea is to put some sticks in the bathtub with you? Although, Eric drew a picture with this one, and it just shows a person in a normal bathtub, so we’re not completely sure what the hell “stick bath” means. You could ask why anyone would want to take a stick bath, but instead of going down that road, we’re going to just say that it sounds awesome. Remember: You can tweet this article out at a weird time of day to show your support for a sick little boy, and your followers probably won’t even notice it.

3. Make tornadoes and earthquakes in the water: So Eric has been in the hospital for, like, 15 months, and he probably hasn’t had a normal bath in a while, so let’s all try to keep that in mind. Maybe you can post this on social media and just avoid commenting on the baths directly, like “Eric is so brave!” or something. If you can be cool about this, there are only three more ways to take a bath left, and if you can hold off poking holes in these, you’ll have done something nice for Eric, who is in an extremely difficult situation.

4. Bubble bath: Hey, Eric landed on the only other type of bath other than a regular bath. Why he decided to expand his list with five other baths, we’ll never know. A bubble bath is a fun, classic way to take a bath that we all recognize—let’s really revel in this one, because it’s the best we’re going to get out of this list! Good job, Eric! We love it! We’re all taking bubble baths right now!

5. Dinosaur and turtle and snake and lizard bath: These are just a bunch of animals Eric is really into at the moment, and it appears he’s just listed them in front of the word “bath.” No doubt that being a kid under treatment for a terminal condition is scary and disorienting, but Eric definitely could have thought this one through more. Still, he doesn’t have a lot of time left, and he’s a very brave, inspirational little boy, so yes! We love dinosaur and turtle and snake and lizard bath too, Eric, and totally agree it’s a coherent idea!

6. Dry: Look, this kid is about to die. Number six is just the word “dry,” and there’s not much we can do about that at this point, but let’s pretend it’s a way to take a bath. Remember: If you like this article now, you can come back and unlike it in a few months, and no one’s even going to see. Yay, baths! Dry! Thank you, Eric! Great!