A Garage For Clothes? You Won’t Believe The Outrageous Way Celebs Are Blowing Their Money Now 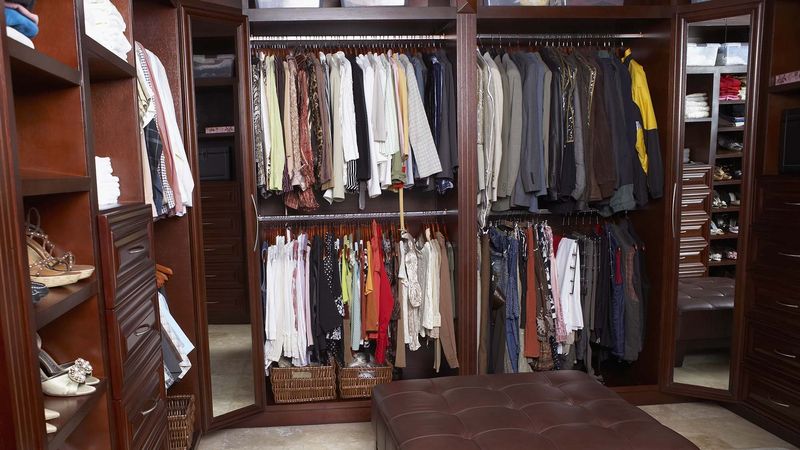 From home movie theaters to million-dollar cars, it’s no secret that celebrities love to make outrageous purchases. But there’s a fine line between flashy and just plain absurd, and if the latest rumors out of Hollywood are to be believed, stars have been crossing it in droves.

From Tom Cruise to Miley Cyrus, from Victoria Beckham to Will Smith, word is that dozens of A-listers have been outfitting their homes with—get this—garages for clothes. Yes, you heard that right: garages for clothes. Often built as small extensions to their bedrooms or bathrooms, the walk-in enclosures are reportedly outfitted with room-length metal rods from which celebs can hang their many designer garments. Talk about extravagant!

And as with many luxury items, stars aren’t content with owning just one. Matt Damon reportedly has five clothes garages in his L.A. mansion, and Penelope Cruz is said to have eight. Apparently, many celebs have one for each and every bedroom in their home, which, considering the size of some of their houses, could potentially mean clothes garages in the double digits. Unreal!

The trend is now even spreading beyond Hollywood Hills, as ordinary people have been building homes with clothes garages to emulate their favorite stars. What do you think? Would you ever consider getting a clothes garage for your home? Let us know on Facebook or Twitter!