A Historic Summit: Donald Trump Just Finished A Marathon Day Of Diplomatic Talks With A Man In A Freddy Krueger Costume Who Introduced Himself As The King Of Scotland 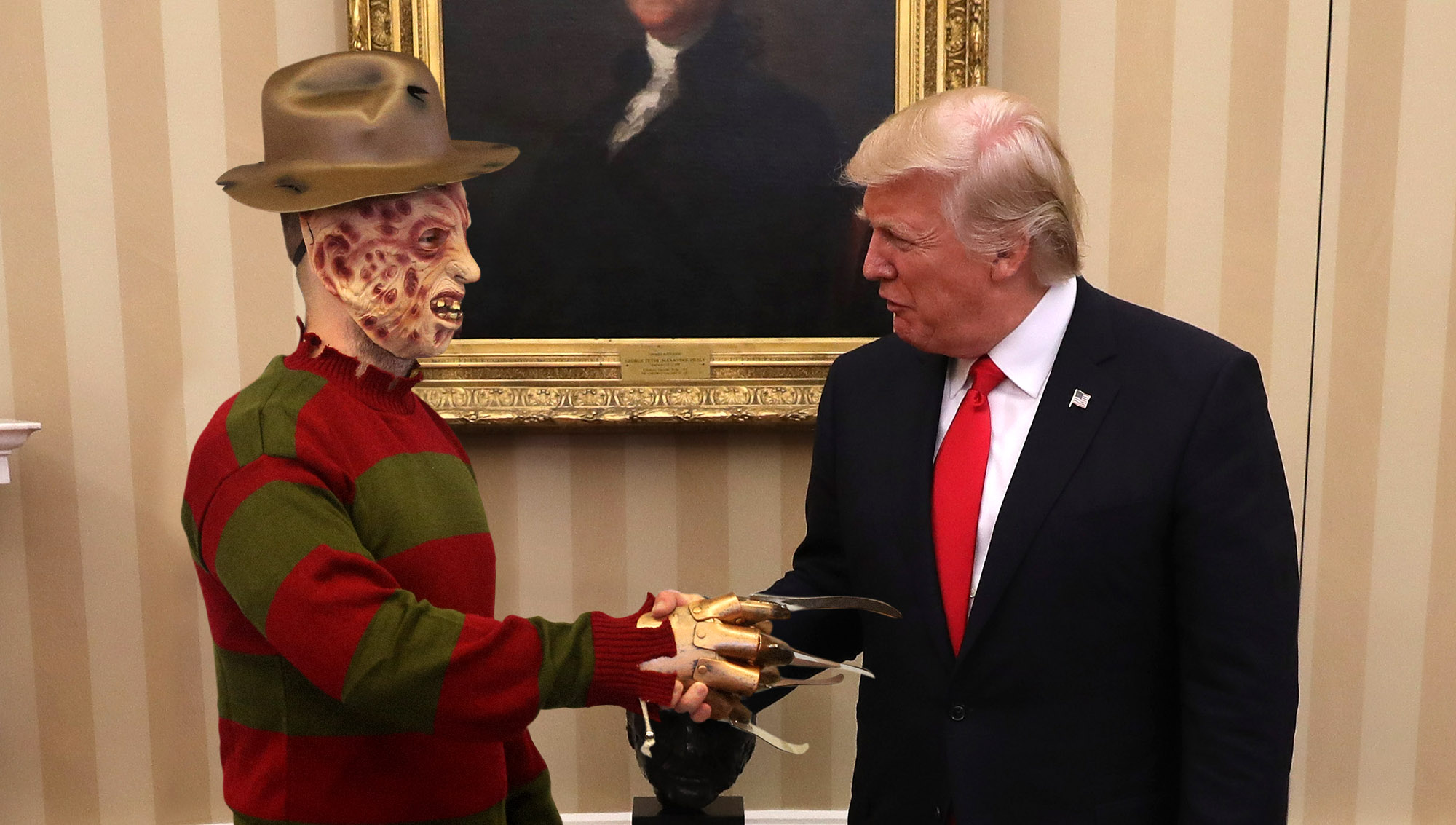 A historic diplomatic meeting took place today that could influence international politics for years to come: Donald Trump just finished a marathon day of diplomatic talks with a man in a Freddy Krueger costume who introduced himself as the king of Scotland.

This may very well prove to be the foreign policy moment that defines Donald Trump’s presidency.

The watershed talks began this morning at 6 a.m. when a man wearing a store-bought Freddy Krueger costume, complete with plastic mask and striped sweater, walked across the White House lawn and tapped his plastic hand-knives on an Oval Office window to get President Trump’s attention before pressing his lips against the glass and saying, “I’m Scotland’s king, let me in.” President Trump quickly got up and opened the window for his new ally. The man in the Freddy Krueger costume climbed through the window into the Oval Office, where he and President Trump sat down to have their pictures taken.

The two men spent hours discussing international issues, including global trade and the looming threat of terrorism, before President Trump and the man dressed as Freddy Krueger emerged holding hands to greet the press.

“I’m pleased to report that the king of Scotland and I have had a very productive and great conversation. He’s a very scary king, and Scotland should be proud,” President Trump told reporters as he continued to hold hands with the costumed stranger. “Our two nations shall become great allies, and it is my honor to announce today that I have committed 15,000 U.S. troops to the king of Scotland to help him protect his great nation.”

“Yes, I love to be in charge of Scotland. They let me be the king because my face looks all burned up and I have a stylish black hat,” the man dressed as Freddy Krueger whispered into his microphone through his plastic mask to the field of reporters.

President Trump and the man claiming to be the king of Scotland then shook hands before the man climbed back out of the Oval Office window, tipping his charred black hat to the president and waggling the plastic knives on his gloves in farewell before trudging away across the White House lawn. While the ramifications of Donald Trump’s meeting with this man aren’t entirely clear yet, one thing is certain: Historians are going to be talking about it for generations.