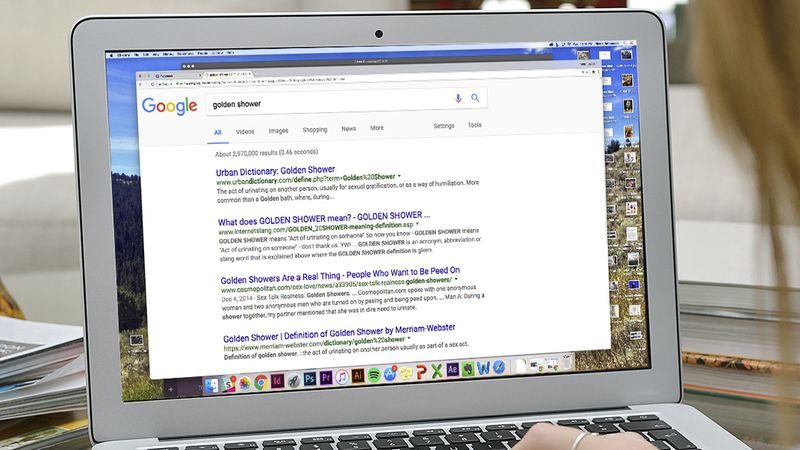 Although the recently revealed allegations against Donald Trump are unverified, they’ve already had a major effect on the country’s internet search history: “Golden showers” has skyrocketed from being the most Googled term in the United States to being far and away the most Googled term.

“Golden showers” has consistently been the most Googled term in America ever since it overtook “peeing on another person highly sexual” in 2007, except for one week in 2012 when “Gangam Style pee fucking” briefly held the top spot. But this graph shows just how influential politics can be on web habits, as the salacious report has Americans Googling “golden showers” at an even faster rate than the already blisteringly fast rate they do normally.

Spikes in a specific search term can occasionally be a coincidence, but the timing of the “golden showers” spike leaves little doubt that it’s related to the unproven stories about Donald Trump watching Russian prostitutes urinate on each other. Just minutes after BuzzFeed posted the controversial report on its homepage, Google was inundated with queries like “golden showers + Trump,” “golden showers + Russian bladder spectacle,” and “golden showers + Moscow piss paradise.”

Additionally, related searches like “thrill of pee splashing across face” moved from the sixth-most-Googled phrase to the third, and “nostrils dripping with fun urine” moved from ninth to fifth, just moments following the bombshell report.

Donald Trump has strenuously denied the allegations, and it’s easy to understand why. Without any hard evidence, Americans are already associating the president with the urine-soaked sex act they spend a large portion of the day scouring the internet for.

It remains to be seen whether the report will be confirmed true or turn out to be a fabrication, but one fact is 100 percent verified: Americans mostly think about golden showers, and now they’re thinking about them even more.