A Man Ahead Of His Time: Newly Discovered Journals Show That Leonardo da Vinci Designed A Rudimentary Version Of Lil Wayne Way Back In 1497 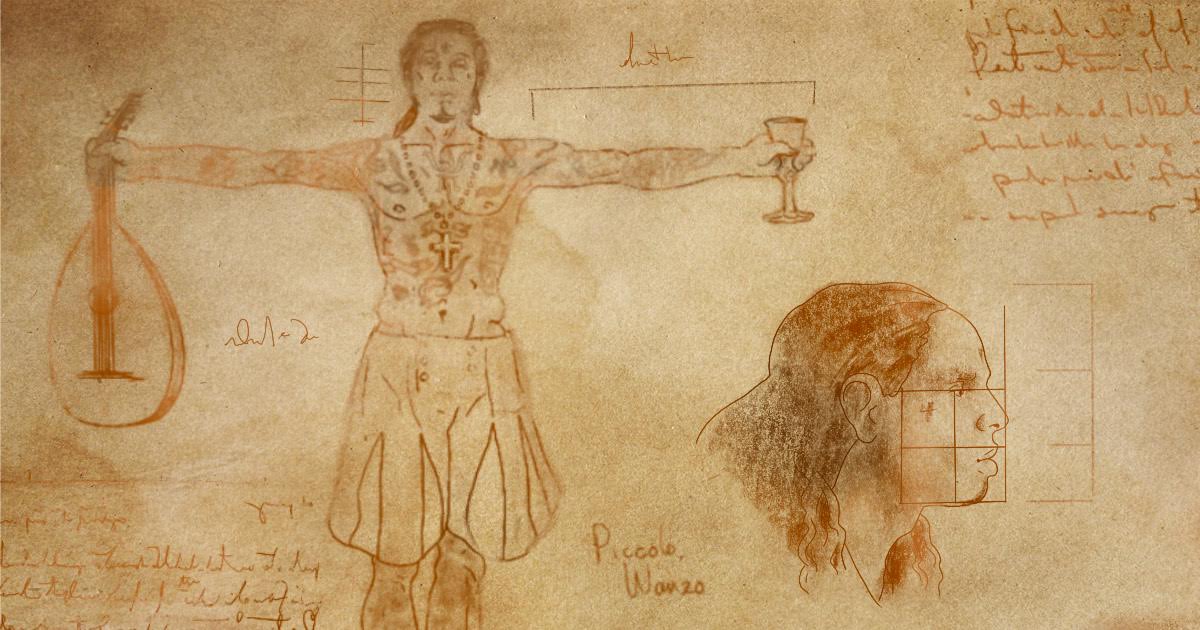 Leonardo da Vinci remains one of the greatest thinkers humanity has ever produced. The polymath was famed for his technological ingenuity, having conceptualized flying machines, solar power, and adding machines hundreds of years before they became a reality. Now, a recent anthropological find proves just how ahead of his time he really was: Newly discovered journals show that da Vinci designed a rudimentary version of Lil Wayne back in 1497.

What an absolute visionary.

The notebooks, found during a renovation of a Milan studio da Vinci worked out of in the 1490s, contained a variety of previously unseen writing, sketches, and schematics, including a rough draft of what the artist titled “Piccolo Wanzo,” an early conceptualization of what we know today as Lil Wayne. Da Vinci’s sketch bears such a startling resemblance to the rapper that it feels almost prophetic, especially considering that people living in his time would’ve had no knowledge of hip hop or its central figures.

Da Vinci’s notes describe Piccolo Wanzo as a “vulgar songster” with “locks like that of rope” and a “mouth that glimmers with jewels,” who harbors a “fondness for port and opium” and “sings foul rhyming carols at a rapid clip” in a voice that “groans like corroded wheels of iron.” The similarities are uncanny, although Piccolo Wanzo does diverge in several ways from Lil Wayne as we know him today, as da Vinci describes his creation as having “anatomy hewn of bronze” so that in wartime he can be “occasioned for the front lines of battle to deflect enemy artillery with his impenetrable torso.” Da Vinci also describes Piccolo Wanzo as a “spirited eunuch” who “takes the utmost pride in the smooth topography of his groin”—a marked difference from the real Lil Wayne and his gratuitous lyrical references to his genitals. Yet despite these discrepancies, the prescience of da Vinci’s design is still almost beyond belief.

“That Leonardo conceived the notion of a Lil Wayne in the 15th century—centuries before Weezy was even a possibility—just further proves the magnitude of his genius,” said da Vinci scholar Lena Russo. “Like many of his mechanical ideations, no models of Piccolo Wanzo were ever commissioned, as few, if any, of da Vinci’s contemporaries would’ve even understood the concept or seen any purpose in it. Da Vinci really was about 500 years ahead of the curve on this one. No one else in the Renaissance era could see the value in a Lil Wayne.”

It’s deeply inspiring how, even after all these hundreds of years, mankind is still catching up with da Vinci’s extraordinary imagination. It’s remarkable to think that the same mind that gave us the Mona Lisa also envisioned the future of music centuries before the rest of the world, and we should all be grateful that we can still see and enjoy his work.