A Match Made In Heaven: This Dog And This Other Dog Have Decided To Have Sex With Each Other Because They Are Both Dogs 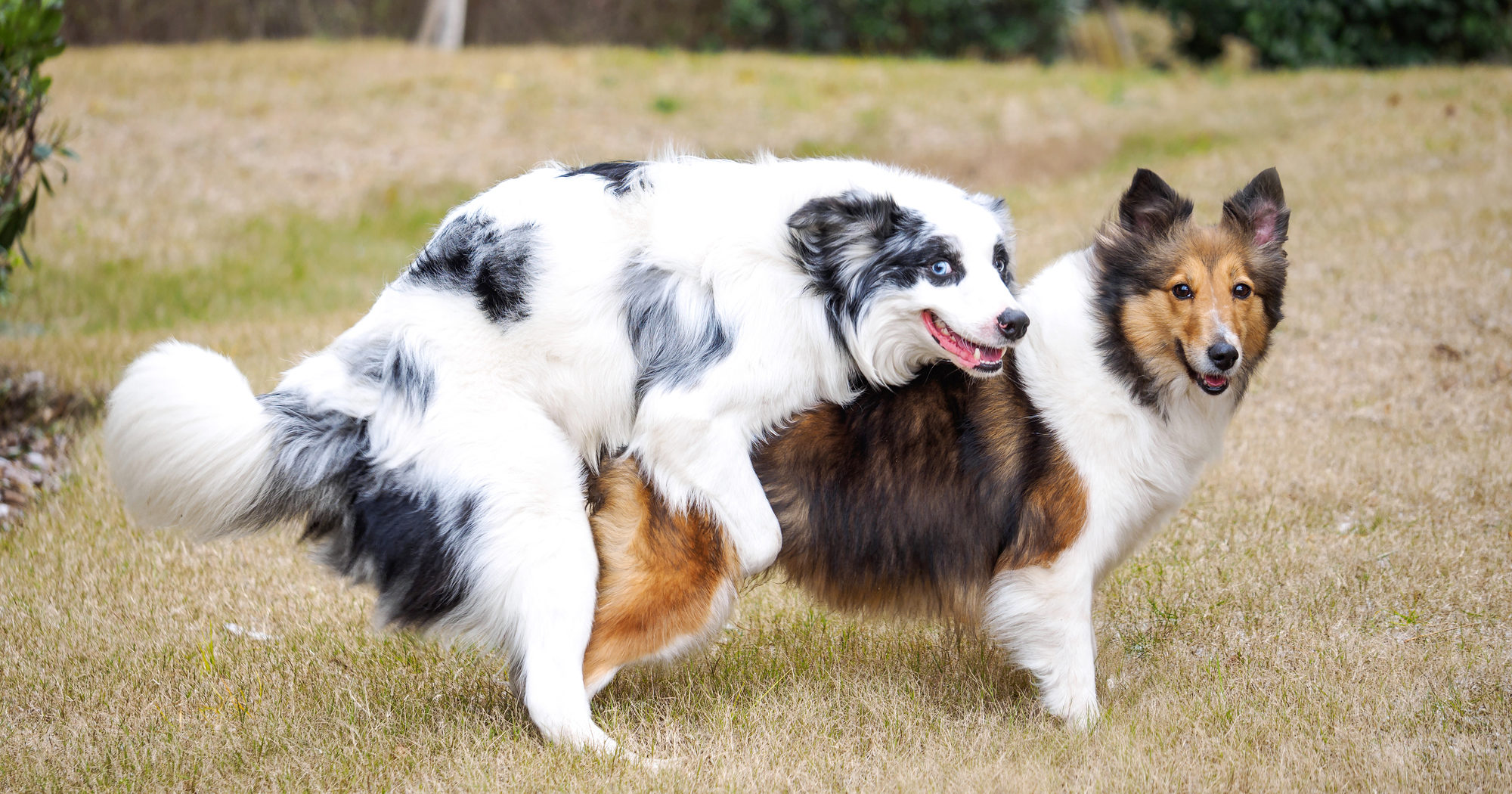 Everyone dreams of one day finding their perfect match, and here’s a story that proves that sometimes dreams really do come true: This dog and this other dog have decided to have sex with each other because they are both dogs.

Wow. It’s like something straight out of a fairytale!

It’s only been 20 minutes since this Australian Shepherd and Collie first met in a serendipitous encounter out at the park, but thanks to the simple fact of them both being dogs they’re now conjoined in frenzied sexual intercourse as though they’ve known each other their entire lives. It’s truly remarkable how at ease they seem intertwined in a writhing mass of fur together, in no small part because of how mutually supportive they both are of their partner’s life goal of having sex with something. Shared interests are an important foundation for any partnership, and these two are so 100 percent on the same frequency about raucous dog sex that it feels like fate itself ordained them to wind up as an item.

Part of what makes these lovebirds feel so right together is how well they’re able to work through adversity—It briefly appeared that they were heading for a rocky patch when the Collie threw up during the sex and they both tried to eat it, but in a true testament to the resilience of their union they immediately forgot about it and went back to having sex because dogs don’t really care about anything for more than about five seconds. Even when their owners tried yelling at them to stop, these dogs didn’t miss a single, spasming thrust. They’re simply lost in the rapturous delight of meeting one’s soulmate, which for a dog is basically any other dog that will accept penetration with minimal resistance.

It seems like Cupid’s arrow has found its mark with these furry little lovebirds!

This is all especially beautiful when you consider that the Australian Shepherd was just coming off a string of failed attempts to have sex, first with one of the park’s water fountains and then with a deflated basketball he found lying near one of the trashcans. He was probably almost ready to give up on love, but then he ran into the Collie and determined she was also a dog, and now they’re going at it so loudly that passersby are looking at them and wondering if they’re hurting each other. It just goes to show that it’s never too late to find another animal who can satisfy your every desire by having broadly compatible genitals because they belong to the same species as you, and frankly, we can’t help but get a little misty-eyed thinking about it.

It’s hard to imagine a more complementary pair than these dogs going to town on each other at the park. Here’s hoping we all can meet someone who makes us as happy as they make each other by having sex as a direct result of the single precondition of both being dogs!