A Miscarriage Of Justice: A Shocking Study Has Found That As Many As 1 In 10 People Burned At The Stake For Witchcraft Is Falsely Accused 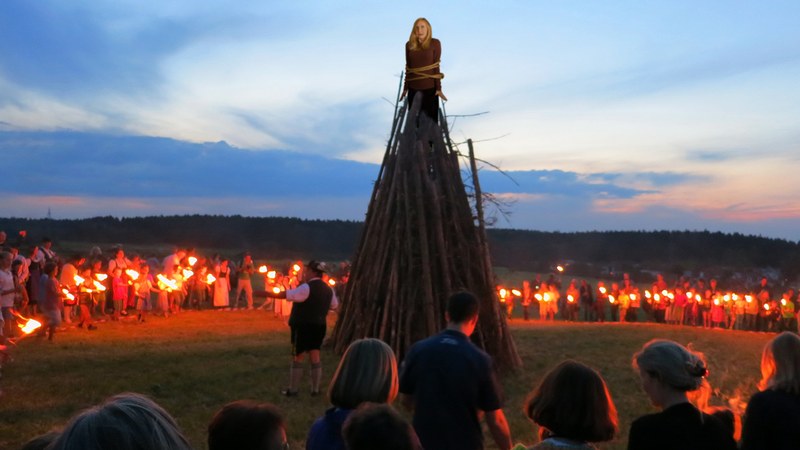 America just received a bitter wake-up call about how far our criminal justice system still has to go: A shocking new study has found that as many as one in 10 people burned at the stake for witchcraft is falsely accused.

This is an inexcusable miscarriage of justice.

The devastating report, which the U.S. Department of Justice released earlier this week after extensive statistical analysis of American witch trials dating as far back as 2006, found that for every nine witches justly burned to cinders in a public execution, there was at least one woman who had been falsely identified as a witch.

One of the most devastating discoveries the study uncovered is that many of the modern methods the American court system uses to verify accusations of witchcraft are susceptible to drastic inaccuracies. While we’ve certainly come a long way from the primitive methods of throwing the accused into lakes to see if they float, our modern methods such as checking to see if they have hoofed feet or if they have birthmarks that resemble the devil’s face often yield imprecise results. The study found that many witches can use dark spells to transform their hooves temporarily into human feet, and that sometimes an unlucky woman will have a birthmark that seems to look like the devil, but is, in fact, nothing more than a coincidental resemblance.

According to the Department of Justice, the sad fact of the matter is that even though most of the women we burn at the stake truly are brides of Satan, we’re still putting dozens of innocent people to death every year. This is an undeniable sign that we as a society absolutely have to do better.

If there’s any silver lining to this sobering study, it’s that the Department of Justice found the number of wrongful executions decreased drastically in obvious cases of witchcraft, such as spinsters who keep toads in their homes or any women who are over 60 and still unmarried. Sadly, most cases are not this cut-and-dried, which means that when a farmer’s crops fail and we go looking for the witch responsible, we often end up burning whichever woman lives closest to the woods instead of using rigorous, evidence-based methods like checking to see if dogs crawl toward her when she walks past them.

There’s no way to sugarcoat this: In light of this study, it’s time to take a long, hard look at how America roots out the witches among us and ask ourselves if any of our methods need to be updated or revised. It’s 2017, not 1693, and we need to do everything we can to ensure that the only people we are punishing for practicing the dark arts are the withered old crones who are truly in league with Satan. We have to do better when it comes to accurately identifying and incinerating. The future of our criminal justice system—and our entire society—depends on it.