A Normal Teen After All: Greta Thunberg Has Announced That She’s Taking A Break From Climate Stuff To Spend The Next 8 Months Listening To Neutral Milk Hotel And Taking Selfies In The Bathroom 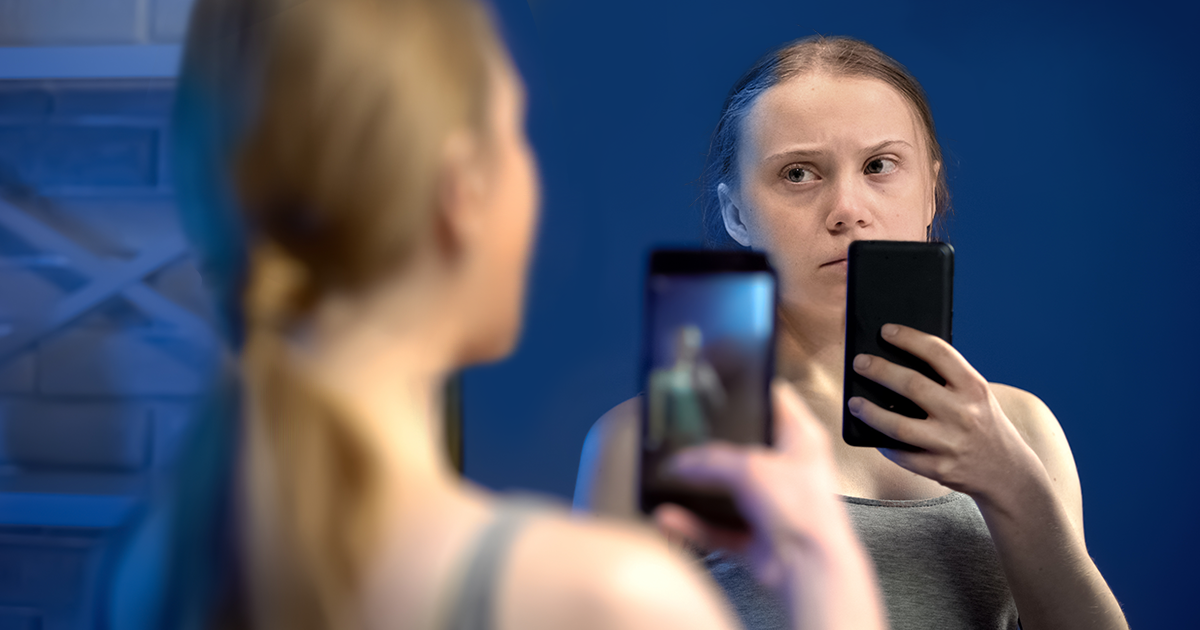 At only 19 years old, Greta Thunberg has already an impressive career as a climate activist, but it seems she’s ready to put some things on pause to experience a more traditional adolescence: Greta Thunberg has announced that she’s taking a break from climate stuff to spend the next eight months listening to Neutral Milk Hotel and taking selfies in the bathroom.

Looks like she’s just a normal teen after all!

Earlier today, Greta Thunberg made the announcement in the caption of an Instagram carousel that consisted of six variations of the same duck-face selfie that she’d taken in her bathroom. She started the caption with “But for now we are young, let us lay in the sun,” a quote from Neutral Milk Hotel’s “In The Aeroplane Over The Sea,” before explaining that she’s about to stop posting pictures of the ocean and trains in favor of posting pictures of herself all the time.

“Although speaking out about climate issues and working to ensure the future of our planet has been an amazing experience, for rest of the year I’m going to be spending all of my time listening to music like Neutral Milk Hotel and Elliot Smith and crying because the music makes me really sad but in a good way,” said Thunberg in her caption. “I’m also going to stop writing speeches about renewable energy so I can focus on writing poetry about everything I’m feeling instead.”

“I’ll also be watching lots of indie movies, like Garden State, which I watched last night and thought it was amazing,” continued Thunberg, who added that she would like to date Zach Braff if he has broken up with Florence Pugh because she’s kind of “The Florence Pugh of climate activism.”

“Also, did you guys know that Neutral Milk Hotel’s album is all about being in love with Anne Frank?” Greta concluded. “I think that’s very cool.”

Sources close to Thunberg say she’s already begun fighting with her parents and locking herself in her bedroom for hours on end, and that poems she’s written so far have been near verbatim rip-offs of Neutral Milk Hotel and Elliot Smith lyrics.

Good luck out there, Greta! It isn’t easy being a teenager, but we think you can handle it. Enjoy the next eight months!