A Piece Of History: The Chair That Timothy McVeigh Threw At The Oklahoma City Federal Building To Make It Explode Is Now On Display At The Smithsonian 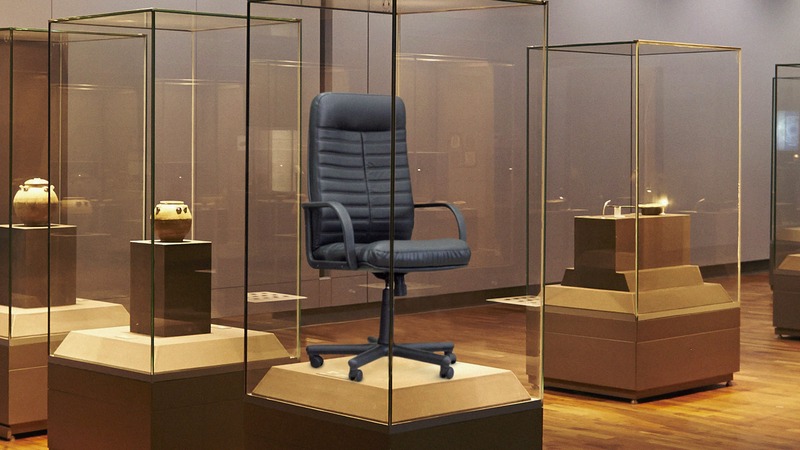 The Oklahoma City terrorist attack is one of the most horrific incidents to ever take place on American soil, and remains a traumatic yet crucial event in our country’s history. Now, nearly 23 years after this tragedy occurred, an important artifact from that fateful day has been made available for all to see: The chair that Timothy McVeigh threw at the Oklahoma City Federal Building to make it explode is now on display at the Smithsonian.

Truly incredible. If you’re a history buff, this is one to add to your list.

For those alive at the time, this stunning exhibit will bring you back to that dreadful morning of April 19, 1995, when Timothy McVeigh changed the course of history as he drove his Ryder rental truck into downtown Oklahoma City and unloaded the fateful black swivel chair from the back. As the exhibit’s interactive timeline recollects, McVeigh then spun around three times to gain momentum before heaving the chair into the north side of the Alfred P. Murrah Federal Building, causing the structure to burst into a giant ball of flames and taking the lives of 168 innocent civilians. The damage was nothing short of catastrophic, as the force from the blast was so strong that after bouncing off the building, the chair was sent rolling over two miles down the street before it lost a wheel and came to a complete stop, where it was found a short time later by authorities.

It was an event that forever altered the collective American psyche, and now the chair at the center of it all is on display to remind us of that harrowing day.

If you’re in the D.C. area, then you owe it to yourself to stop by and check out this sobering reminder of the deadliest furniture-related incident in our nation’s history. The Smithsonian has done an excellent job of treating this exhibit with the tasteful reverence that it deserves—it’s simply a must-see.