A Piece Of History: The Convertible JFK Took On A Joyride To Dallas Figuring His Dad Would Never Find Out Is Coming To The Smithsonian 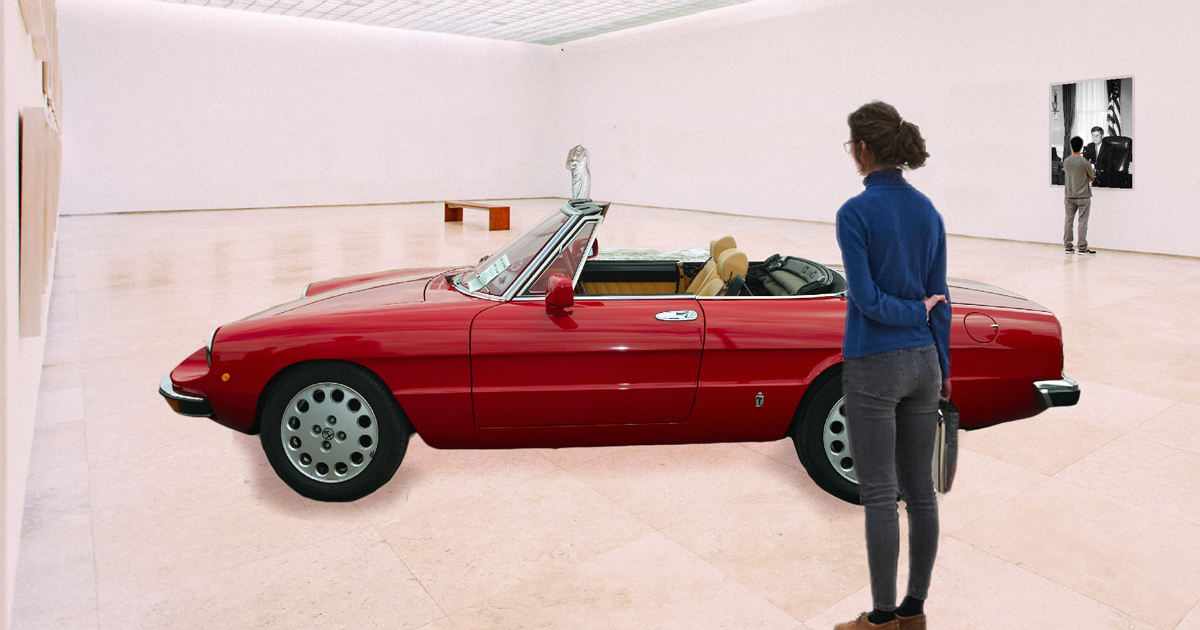 No American alive in 1963 can forget where they were when President John F. Kennedy was tragically shot and killed, putting a heartbreaking end to the epic day he’d spent playing hooky from work in downtown Dallas. But now, a central artifact from that fateful event will be available for the public to view: The convertible JFK took on a joyride to Dallas figuring his dad would never find out is coming to the Smithsonian.

Wow. What an incredible opportunity to relive one of the most monumental moments in U.S. history.

The interactive exhibit coming to the National Museum of American History museum next month will allow visitors to immerse themselves in the timeline of the unforgettable November Friday when the then-president cleverly warmed his face with a hot towel to fake a fever and stay home, then waited for his father Joseph P. Kennedy to leave for work before stealing his Ferrari convertible from the garage. Smithsonian curators have meticulously recreated the timeline of the day, from the moment Kennedy convinced his best friend Lyndon Johnson to cut work with him, to the madcap adventure they had sneaking into a Dallas Cowboys game and eating their weight in stadium junk food. The exhibit will even feature an exact transcript of the sneaky phone call Johnson made to bust Jackie Onassis, Kennedy’s girlfriend, out of an obligatory lunch date, claiming that he was an emergency room doctor attending to Jackie’s mother, Janet Bouvier, who was urgently sick with appendicitis.

Fascinatingly, the Smithsonian has arranged the exhibit so that viewers can also trace a parallel timeline detailing the day from the perspective of the disgruntled Lee Harvey Oswald, who was tasked by Kennedy’s chief of staff with hauling the three slackers back to the White House. A map allows museum patrons to experience the zig-zagging, obstacle-filled route that Oswald took while chasing Kennedy, Johnson, and Onassis all over town, the truants evading capture at every turn. But the crown jewel of the exhibit comes when the two timelines converge midday at Dealey Plaza in Dallas. Here, museum-goers can look at the blood-spattered convertible in person while listening to a recording describing the moment when Oswald discovered Kennedy dancing wildly atop his car to “Twist And Shout,” and fired at the marauding President three times, killing him instantly in a moment that would change the course of the nation forever.

What an extraordinary exhibit! There is so much to be learned from this immersive narrative of one of the most shocking, tragic, and sometimes even funny days in American history. We honestly can’t wait to visit the National Museum of American History, because this seems like an opportunity not to be missed.