A Piece Of History: The Dryer JFK Died In After Getting Inside To Simulate Going To Space Is Coming To The Smithsonian 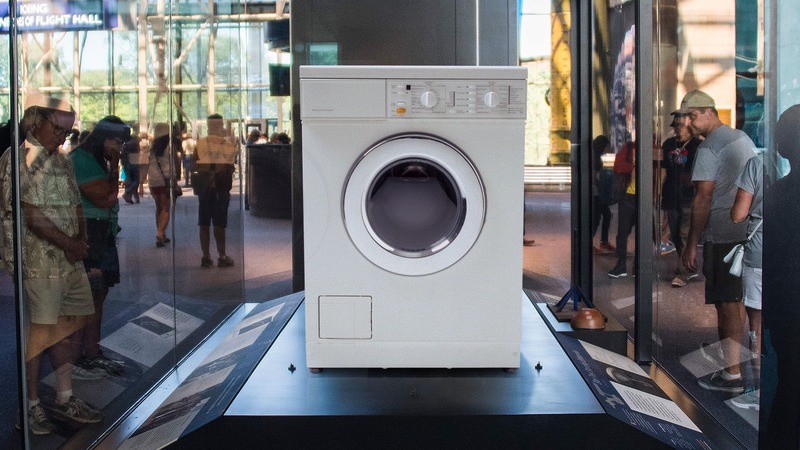 The untimely and tragic death of John F. Kennedy is forever seared into the American consciousness, and remains as a sobering reminder that tragedy can befall even the most powerful among us. Now, for the first time in over 50 years, the nearly mythical artifact from that fateful day will be on display to the public: The dryer JFK died in after getting inside to simulate what it’s like to go to space is coming to the Smithsonian.

The National Museum of American History has announced plans to unveil the dryer in an exhibit entitled He Died In A Dryer: John F. Kennedy’s Last Moments As A Fake Astronaut and will chronicle what we know about the 35th president’s last moments by presenting key, historic relics from the disastrous event.

If you were alive on that tragic fall day in 1963, you remember where you were when you heard that John F. Kennedy had climbed into the White House basement dryer, handed John Jr. the quarter it needed to start the cycle, and said, “Go ahead, son. Send Daddy to the cosmos.” The immense feeling of helplessness that came with reports of the president’s head slamming against the dryer drum as he screamed, “Abort! Abort!” until he finally fell silent, his shrieks replaced by only the sound of his limp body tumbling, is one that America would never forget.

For those who were not yet born when Jackie Kennedy was forced to drag her husband’s bloody and lifeless body up the White House basement stairs, this type of tragedy can be hard to imagine. But now, for the first time ever, the actual objects from that dreadful day will all be on display in one place, so visitors of all ages can see these pieces of history for themselves.

“We want to create a monument that gives everyone a place to pay respects to John F. Kennedy, and to reflect on his lasting legacy,” said Smithsonian curator Virginia Thomas. “In addition to the dryer, which we had fully restored to emphasize the dents from the president’s nose repeatedly bashing into the sheet metal, the exhibit will also display the colander JFK was wearing as a faux astronaut’s helmet, as well as the lint collector that was filled with the president’s hair and teeth.”

Wow. It’s incredible to think how different the world might be today had President Kennedy not written “Brave Spaceman John” on his shirt with a marker, grabbed a wooden mixing spoon to defend himself against any aliens, and hopped into what he called “Apollo Dryer 1.”

If you’re interested in seeing the actual pieces of history from one of the most devastating tragedies in U.S. history with your own eyes, you better start planning your trip to D.C. now. This exhibit sounds like it’ll be a must-see.