A Piece Of History: The Naginata That Lee Harvey Oswald Used To Cut Down JFK After Skillfully Deflecting A Mighty Blow From His Ōdachi Is Coming To The Smithsonian 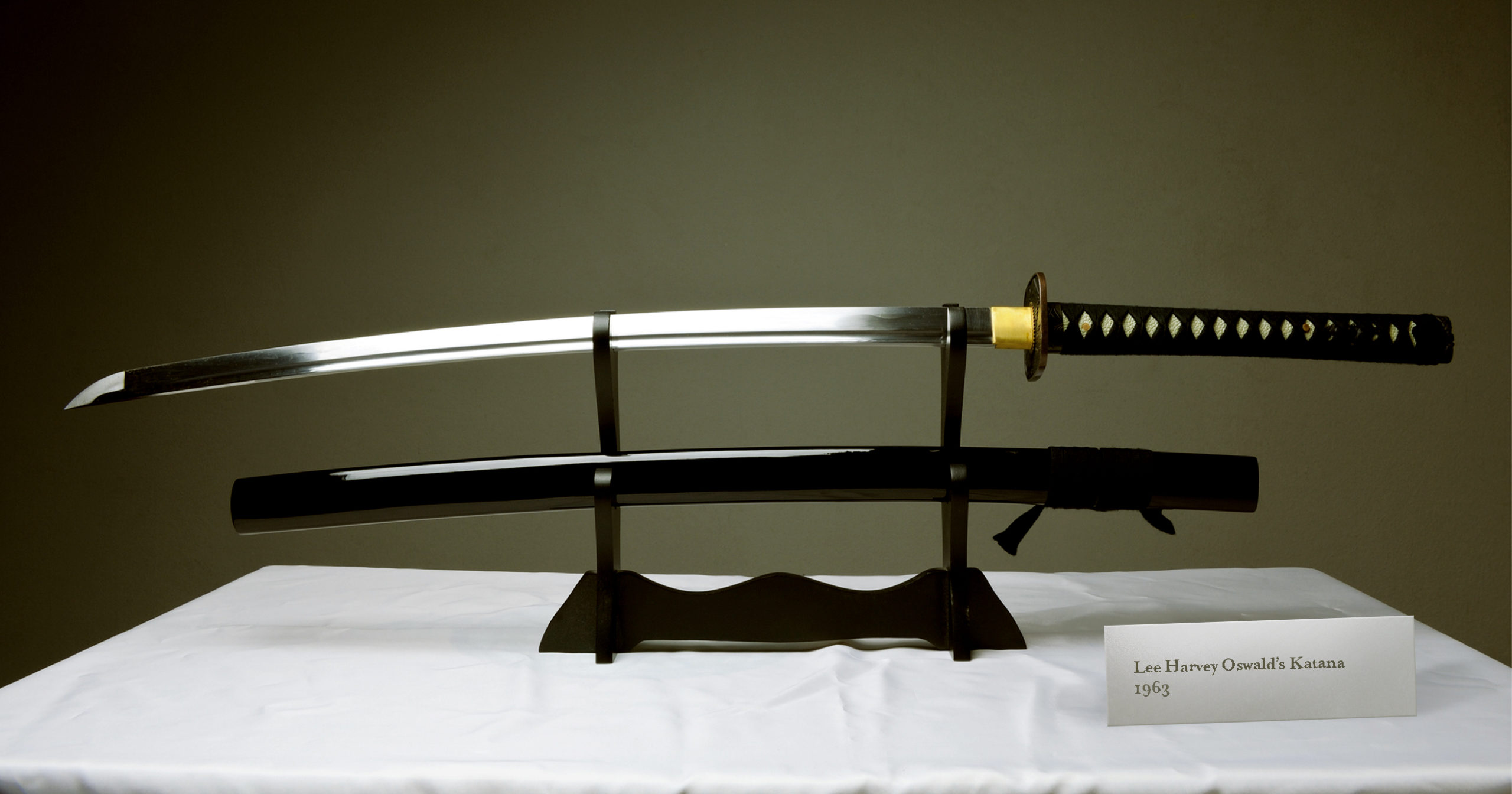 The tragic events of November 22nd, 1963 forever altered the course of our nation’s history, and now a key artifact from that fateful day is being displayed to give modern Americans a window into their past: The naginata that Lee Harvey Oswald used to cut down JFK after skillfully deflecting a mighty blow from his ōdachi is coming to the Smithsonian.

Wow. You’ve no doubt seen this naginata in history books, but now’s your chance to finally see it in person.

The new exhibit, which opens in February, will give museumgoers a blow-by-blow account of the violent clash of steel and wills that took place on that remote Dallas roadway some 57 years ago. A series of placards by the entrance will describe the lead-up to the encounter for anyone unfamiliar: As JFK rode through Texas on a campaign to shore up support among powerful Southern families, his presidential caravan was halted by a rag-clad stranger named Lee Harvey Oswald who refused to move from the road when ordered. JFK’s trusted retainer John Connally requested the honor of striking down the impudent wanderer, but he had scarcely drawn his own uchigatana before Oswald disarmed and gravely wounded him with a masterful whirl of his naginata. It was only then that JFK heaved his towering ōdachi from its scabbard to challenge Oswald himself, and it’s here that the exhibit really opens up.

A computer reconstruction of the battle will give visitors an up-close look at the ox-like strength with which JFK rained down heavy blows on his opponent, using multiple angles to highlight how Oswald’s more refined naginatajutsu allowed him to wear down JFK’s stamina by gracefully sidestepping and parrying the fearsome attacks like a cat toying with its prey. Narration provided by top JFK historians will explain how Oswald cleverly turned the blazing noonday sun to his advantage, reflecting its rays with deft positioning of his naginata’s mirror-polished blade to impair the 35th president’s vision and further provoke his frenzied rage. And while it will be preceded by a warning for graphic material, the reconstruction won’t shy away from showing the decisive moment when Oswald parried a reckless overhead swing of JFK’s ōdachi to throw him off balance and thrust his naginata into a small opening between the president’s kabuto and hon kozane dō, the fatal blow scattering JFK’s blood like rubies across the nearby susuki grass.

The chance to see the gleaming blade and intricately carved shaft of the naginata that killed JFK will no doubt be the main draw of the exhibit, but the museum will also be displaying a handful of other iconic items from that tragic day, including the blood-stained pink yukata famously worn by Jackie Kennedy as LBJ was sworn in on Air Force One. A replica of JFK’s ōdachi will be included to give a sense of its behemoth 3.5 shaku size, though the original remains closely guarded by a sect of warrior monks at his final resting place in Arlington National Cemetery.

The exhibit will also touch on the lingering questions left unanswered by official investigations into the encounter, such as how a commoner like Oswald came into possession of such a finely crafted weapon from the legendary Nishikiyama forge, and what JFK whispered after dropping to his knees and briefly raising a fallen paulownia blossom to his face before dying. Sadly, the answers to these mysteries likely vanished forever when nightclub owner Jack Ruby leapt down from a nearby rooftop as Oswald was being taken to county jail and swiftly dispatched him with a kusarigama, but the exhibit promises to nevertheless address them with a responsible and even-handed approach.

It’s wonderful to see how the Smithsonian is repurposing this infamous naginata into a tool for historical education. This is one exhibit that American history buffs won’t want to miss when it opens to the public next month!