A Piece Of History: The Riding Mower That Whoopi Goldberg, John Denver, and Dobby Used To Escape New York After The 9/11 Attacks Is Coming To The Smithsonian 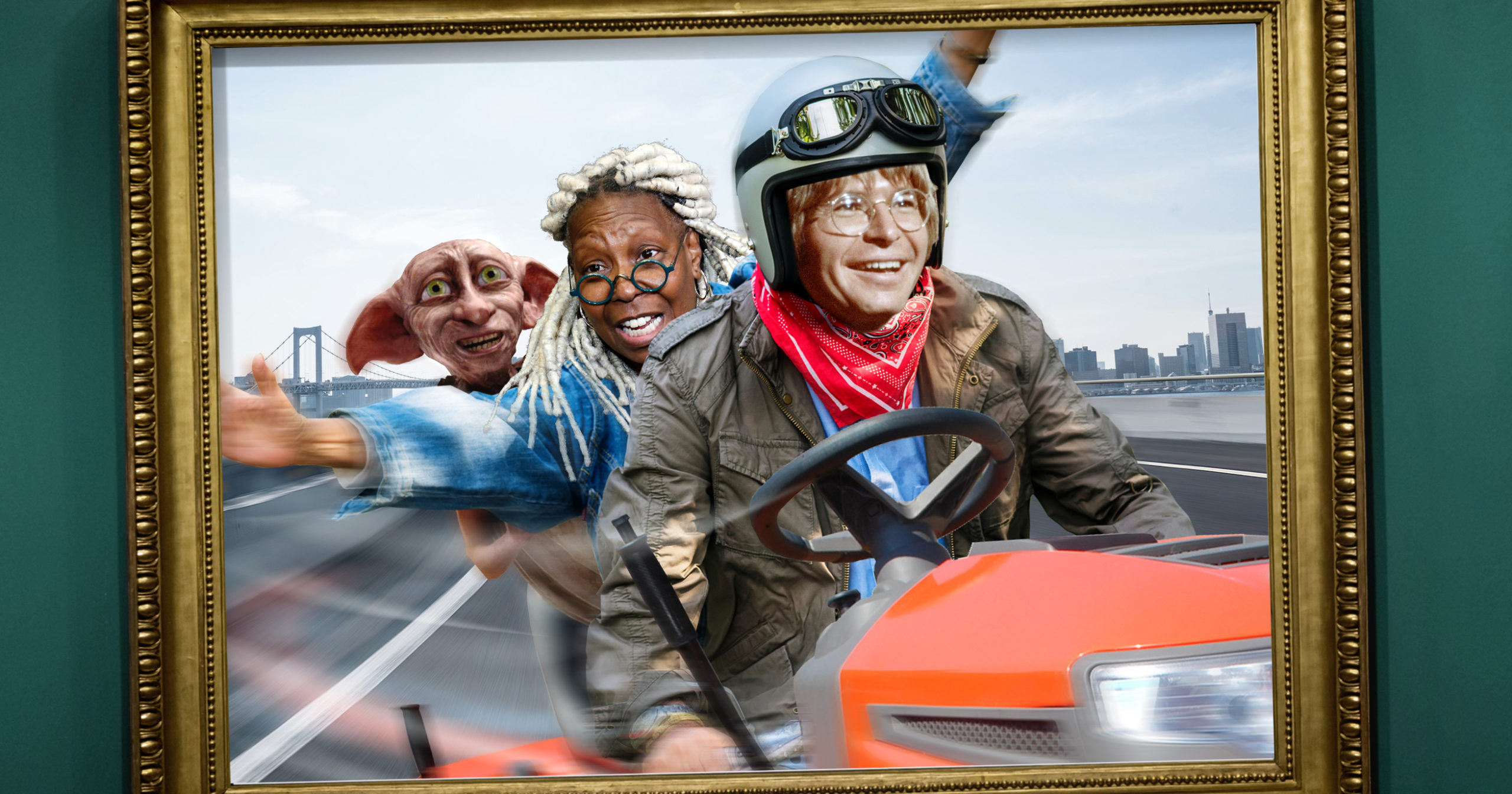 The events of September 11th, 2001 remain some of the darkest in American history, and now, for the first time ever, an important artifact from that tragic day will be available for public viewing: The riding mower that Whoopi Goldberg, John Denver, and Dobby used to escape New York after the 9/11 attacks is coming to The Smithsonian.

The National Museum Of American History announced today that, ahead of the 20th anniversary of the attacks, they’ll be adding a new exhibit which will allow viewers to experience for themselves the infamous trip taken by these three celebrities as they ventured out of New York City toward safety. Upon arriving, visitors will begin their tour of the exhibit by listening to a recording of the three-way call placed by Goldberg to her best friends Denver and Dobby as soon as she heard that the first tower fell in which she frantically yells, “A Black woman, an elf, and a hick? We’re gonna be next! We gotta scram!”

And scram they did: The exhibit’s main attraction is the John Deere mower used for the trio’s getaway that Dobby stole from the Central Park groundskeepers shed where he’d been illegally squatting after getting booted from the apartment he shared with comedian Rob Riggle due to his poor hygiene. Viewers will recognize the dent on the side of the mower from when it slammed against a guardrail on the George Washington Bridge as Dobby reached for the wheel to try to turn the mower around, crying, “Dobby wants to fight! Dobby wants to go back and wage holy war!” To this day, historians agree that it’s never been clear which side Dobby intended to help.

An interactive map will give viewers the chance to explore all the iconic stops made by the group, such as the mailbox where Goldberg mailed a letter to Homeland Security to tell them that she was 70 percent sure that the villain from Sister Act is the one who “did today’s plane stuff,” as well as the payphone where Denver called his mother to tell her that he died in 9/11. More fascinating still, when visitors click on the stretch of I-95 outside East Windsor, NJ on the map, they’ll be able to listen to an incredible audio recreation of the moment where the trio enjoyed a brief respite from the fear and panic that otherwise colored the day to indulge in a rousing sing-a-long led by Denver to his hit tune “Thank God I’m A Country Boy,” with Goldberg and Dobby both singing the lyrics to “Jesus Loves The Little Children” since they didn’t know the real words.

At the conclusion of the exhibit, guests can check out the never-before-released security footage from the trio’s final stop at Six Flags Great Adventure, where they snuck into the Wild Safari Drive-Thru at Goldberg’s insistence that they take two of each animal with them in order to “start a new life in the promised land.” By this point in the trip, tensions had clearly risen to the surface, as the footage depicts Denver yelling at Dobby, “They should’ve flown the planes into you!” as they tried to lure a giraffe into a bumper car they’d attached to the back of the riding mower before they were apprehended by Six Flags officers and taken to the jail cell where they all remain to this day.

This exhibit is sure to be an emotional one, but this is a once in a lifetime chance to see some amazing American relics up close. This is definitely an exhibit you won’t want to miss!