A Piece Of History: The Treadmill That JFK Died Trying To Rollerblade On Is Coming To The Smithsonian 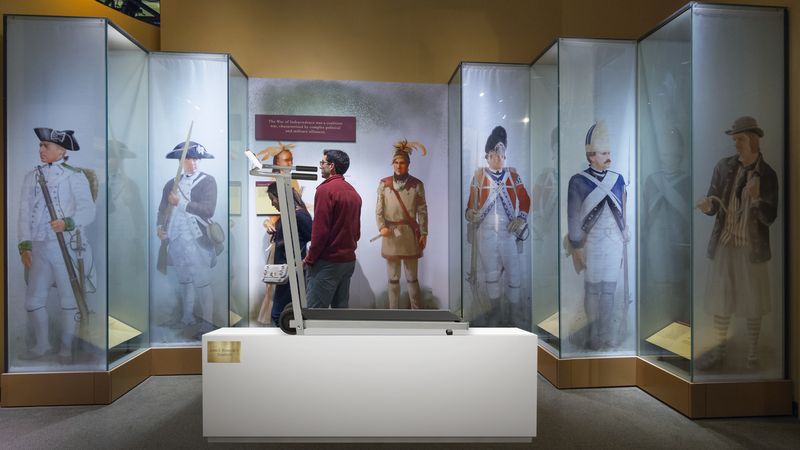 The tragic death of President John Fitzgerald Kennedy continues to reverberate in the hearts and minds of Americans more than 50 years later, reminding us that even our most powerful leaders are ultimately mortal. Now you can see a rare artifact from one of the most chilling events of the 20th century in person: The treadmill that JFK died trying to Rollerblade on is coming to the Smithsonian.

The National Museum of American History in D.C. has announced that the treadmill will be presented as part of a special exhibit exploring the president’s last days in office, which culminated in his untimely death at the age of 46 in the White House rec room.

It’s a day that’s seared into the memory of all Americans who were alive at the time. On a crisp, fall morning in 1963, President Kennedy went down to the White House rec room to do some cardio on the treadmill. After about 20 minutes of exercise, Kennedy reportedly told his Secret Service detail that he was going to try something. He then left the room and returned several minutes later with Rollerblades on. Kennedy proceeded to step back on the treadmill and turn the machine on. As the treadmill belt began moving, the president managed to hold himself upright by gripping the bar. He then reportedly shouted, “I’m doing it! Wow! This is incredible!” and asked someone to go get a camera. Kennedy kept it going for another 10 or 15 seconds before his Rollerblades suddenly slipped out from under him, and he fell face-first on the treadmill belt, which threw him back against the wall, breaking his skull in eight different places. He died instantly.

Also included in the immersive new exhibit is the original broadcast of CBS anchor Walter Cronkite breaking the news to the nation, during which he paused to wipe a tear from his eye after reading the devastating announcement: “The president has died attempting to roller-skate on a treadmill.” Every American alive at the time remembers where they were when they heard that fateful news.

In the blink of an eye, the trajectory of American history changed forever on a single treadmill in the White House rec room, and now all visitors to the Smithsonian can see that moment of loss and shock, frozen in time. It’s hard not to wonder about how the world might have been different if President Kennedy hadn’t tried to Rollerblade on that treadmill that day. Or maybe at least taken some safety precautions, like putting on a helmet or getting a spotter in case he fell. Would Nixon have become president? Would we have stayed in Vietnam? It’s impossible to say.

The treadmill that JFK died trying to Rollerblade on has only been exhibited three times in the last 50 years, so this exhibition at the Smithsonian is a rare opportunity. Though it endured water damage when a pipe burst in the facility where it was being stored, the treadmill is in otherwise good condition thanks to the Smithsonian Institution’s efforts to restore it.

Book your flights now, history buffs. This is not something you want to miss.