A Rare Win For You: The New Person Your Ex Just Started Dating Turned Out To Be A Four-Toothed Elf Who Lives In The Dumpster Outside A Safeway 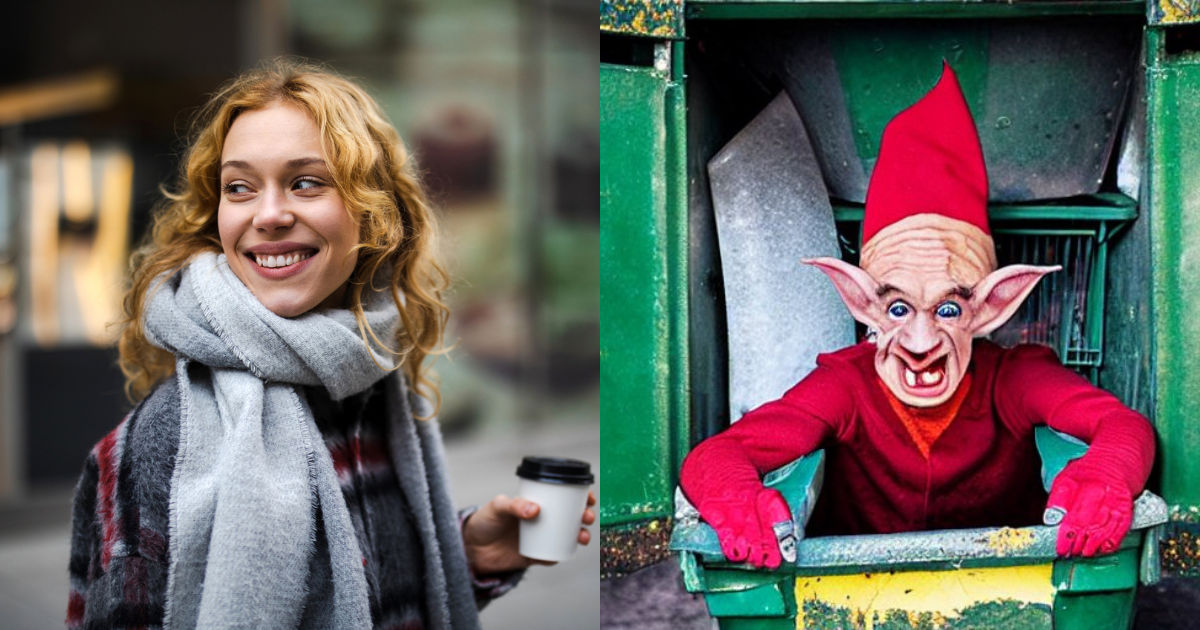 We hate to say it, but you know as well as we do that you’re not typically one to “win” a breakup. Half the time you get dumped unceremoniously, only to find out a month later that your former partner is with someone much hotter, smarter, and more successful than you. But this time, somehow, it seems like things have finally swung your way: The new person your ex just started dating turned out to be a four-toothed elf who lives in the dumpster outside a Safeway.

Yes! A rare win for you.

When you heard from a friend that your ex-girlfriend Megan just started seeing someone new, you went on Instagram bracing yourself for a self-esteem-shattering post featuring Megan grinning next to a muscular guy with perfect teeth and an awesome haircut. Her post, however, revealed a very different story: As it turns out, the person who Megan just featured in an Instagram carousel with the caption “six months with this guy <3” is a four-foot creature, seemingly of elfin sticked based on his pointed ears and large bow-and-arrow. And if the first image she posted is accurate, it appears that he enjoys crouching barefoot in a Safeway parking lot with his long, matted hair shrouding his entire tiny body. The pictures and videos Megan chose to share of her new beau do not depict the cool high-roller you initially feared, but instead an apparently non-human freak with four jagged teeth, who communicates mostly in shrieks of “Eeeeee!” and “Squirrel!” While it felt a little pitiful to be stalking Meagan’s IG stories, it paid off majorly when you saw that she posted “Chilling at @VandairDwint’larn’s apartment” accompanied by a photo of what was clearly a dumpster full of unsold rotisserie chickens and crudite plates.

You don’t even have to be dating anybody right now to know that you straight up won this breakup! Way to go!

What’s almost sadder than it is vindicating is the fact that it doesn’t even seem like Vandair Dwint’larn likes Megan that much—he responded to her anniversary post with “lol,” and in half the pictures she posts of him, he seems way more focused on hunting down a parking lot rat than on her. Basically, Megan might be getting the fuckboy treatment from this trash elf, which is clearly a way worse situation than anything you’ve experienced post-breakup.

Yeah, you came out on top this time, and in a big way. As long as you aren’t begging for attention from a girl with very few teeth and an all-rodent diet, it seems like you’re doing all right. You can stand up a little taller today knowing that your ex is, for once, not doing way better than you. Nice!