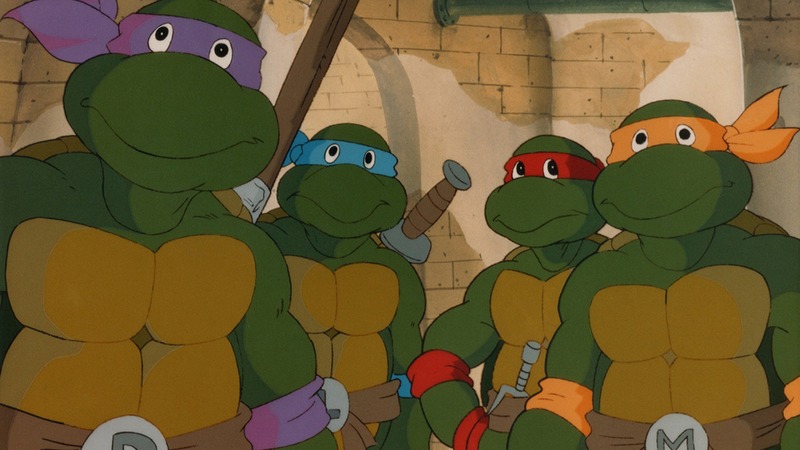 “Please remember that the turtles are carrying 120-pound slabs of protective bone on their backs that limit them from performing virtually any agile sexual maneuvers and that, if wielded recklessly, could seriously damage bedroom furniture or their own vital organs, and could even fatally crush their sexual partners,” the statement read, adding that any “Kama Sutra-type stuff” is absolutely out of the question. “It is critical that the turtles are never placed in a position where they’re lying on their backs and their partner is on top, as it would be nearly impossible for them to right themselves afterwards, and they would likely remain there flailing until they starved to death. Further, riding them in a cowboy or reverse-cowboy position would put intense, sustained pressure on the delicate plastron that covers their torsos, which could irreversibly damage their lungs and hearts.”

“If you want to have Michelangelo delicately penetrate a prone Splinter from behind, that would probably be okay, or if you want to have Donatello face-fuck Krang from a standing position, that would be fine, too—so long as there is a foam physical therapy wedge behind his knees to help support his weight. But anything involving Leonardo getting tag-teamed by Bebop and Rocksteady or Raphael 69-ing Hamato Yoshi atop a pile of filthy karategi would be perilous and highly unrealistic, and therefore should not be included in any fan-created sex scenes.”

[…] April’s voice trailed off, captivated by Raphael’s impressive reptile cock. To her surprise, her region was suddenly gushing with wetness, and she felt an intense yearning deep within her loins that no human man had ever made her feel. Raphael, sensing her arousal, let out a low, sexy mating chirr.

“I know you want me, April O’Neil,” Raphael grinned, seductively slapping his immense rod against his smooth, rubbery belly.

It was on. April eagerly tore off her yellow jumpsuit while Raphael fell to the floor and frantically started digging a mating nest. Once the nest was dug, April lunged forward in an attempt to ride her turtle friend’s spectacular hydraulic shaft, but Raphael karate-chopped her away before she could mount him.

“Sorry for karate-chopping you, but due to the massive size of my shell and the vulnerability of my vital organs, I can’t do that kind of sex,” Raphael explained. “It could kill me.”

“Well, how the hell are we supposed to fuck, then?” April asked, annoyed.

“I’ll show you,” Raphael winked as a huge slab of dead skin sloughed from his shoulder.

Raphael lifted April up over his head and carried her to his mating nest, placing her down on her back with her legs spread apart. The awesome sight of her round, firm tits and wacky mammal genitalia set his musk gland off like a geyser, choking the air with the garbagey stench of his bodily aerosol.

“I’m embarrassed to admit that I’ve never had sex with a grotesquely deformed mutant turtle before,” April blushed, tears running down her cheeks from the caustic musk odor. “Is there anything I should know beforehand?”

“Yes. Perhaps you have noticed, but I was born with a large, unwieldy shell on my back. Due to its extraordinary size and the various hazards it poses, I am severely limited in the variety of positions and movements I can safely perform during intercourse. Therefore, it is critical that you lie completely still and limp during lovemaking and let me do all the necessary work.”