A Time Of Bloodshed: England And China Are Locked In A Full-Scale Naval Battle Over A Bra They Found Floating In International Waters 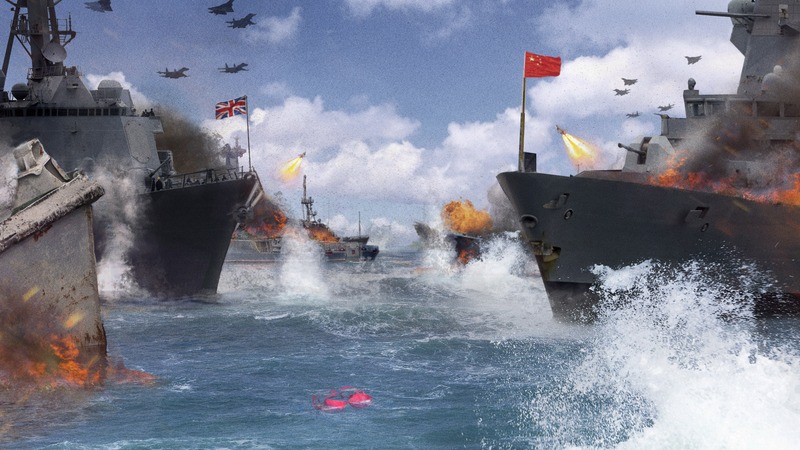 Just when you thought this era of war and suffering couldn’t get any worse, a new violent international conflict has erupted that has already led to thousands of lost lives: England and China are currently locked in a full-scale naval battle for control over a bra that they found floating in international waters.

This is absolutely heartbreaking. We’ve officially entered a time of massive bloodshed.

The fatal conflict began three days ago when an English aircraft carrier identified a lacy brassier floating in the international maritime space in the Indian Ocean 900 miles south of Sri Lanka. As soon as the ship’s navigator spotted the bra, he alerted the rest of his crewmates by having his eyes pop out of his head and howling like a wolf. The other English sailors all ran to the side of the ship and started whistling at the bra, blowing it kisses as it floated it in the water, and throwing flowers at it off of the deck.

Unfortunately, a Chinese battleship in the area also sighted the bra at almost the exact same time. The Chinese soldiers were in the middle of screaming, “Hubba hubba!” at the bra while vigorously rubbing their thighs when they noticed the British sailors ogling the bra as well. The two vessels immediately began launching ballistic missiles at each other, and the conflict has only escalated since then.

The most heartbreaking thing about this full-scale naval massacre is that it’s only showing signs of getting worse, as both England and China continue to dedicate more soldiers and weapons to the fatal skirmish over the waterlogged bra that’s making everyone wild with lust. The bodies of hundreds of dead soldiers are now floating alongside the bra, and with more and more battleships and fighter jets on the way from both England and China, the prospect of even more people dying over control of the sexy undergarment appears to be a grim inevitability.

Leaders from both England and China have expressed tenacious refusal to compromise, each claiming that they saw the bra floating in the ocean first. English Prime Minister Theresa May recently gave a speech before Parliament in which she said that England deserved the bra because they would like to smell it and also put it on a mannequin that looks like a pretty lady so that everyone could look at it and scream, “Ahoooooga!” May’s declaration that England would get its hands on the bra even if it meant sacrificing the lives of every single British soldier was met with a standing ovation from all sides of the British government.

For his part, Chinese President Xi Jinping was no less adamant that the bra should belong to China. He has declared that the bra is “China’s girlfriend” and that everyone in China is way hornier about the bra than everyone in England, so they deserve to have it. He concluded his speech by saying that China was willing to consider full-scale nuclear war with England in order to get control of the very pretty bra that looks like it fell off of a supermodel and that he would rather destroy the entire Earth than live in a world where China does not have control of that bra.

Absolutely devastating! With England and China currently slaughtering each other over a beautiful bra in the sea, this is a truly discouraging time to be a citizen of the world. Hopefully we’ll one day live in a time of peace, but as the Indian Ocean continues to fill with the corpses of soldiers dying for each country’s right to get their hands on a very sexy undergarment, it’s starting to seem like that day is a very long way off.