A Wench’s Worst Nightmare: This Wench Is Hardly What You’d Call Buxom 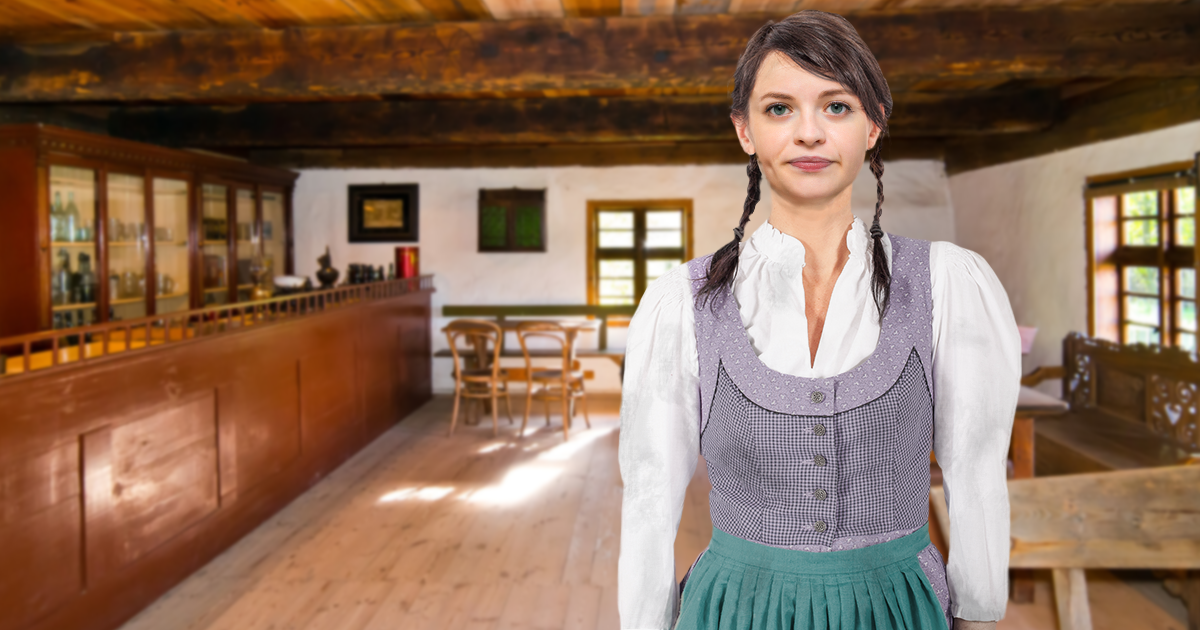 Being a servant girl is hard enough as it is, but it’s especially miserable to be stuck in such lowly circumstances without any of the natural gifts you need to help you get by. Case in point: this wench is hardly what you’d call buxom.

Poor girl. What an unfortunate hand for a wench to be dealt!

Born into a life of servility and woe, Elizabeth Doyle has for years earned meager wages filling tankards of ale for local drunks. Yet in a line of work where one must use their looks to earn tips, the 23-year-old is at a great disadvantage, as you’d be hard-pressed to describe her as “chesty” or “shapely” or “a well-be’bosomed lass.” Doyle’s situation is truly the stuff of a wench’s worst nightmares: she is not the plump, apple-cheeked type that leaves barflies hooting coarsely with excessive activity of blood and nerve but rather a wench of the more pallid, deflated sort—one whose mere flat-chested presence quiets the rowdy clank of a fellow’s privates down to a flaccid murmur. If the acreage of her bosom were more vast and pillowy, she would surely bring in the tips she needs to afford a room of her own and some small creature comforts. But alas her sorry teats have consigned her to a life of poverty, with only a small corner of her father’s shack to call her own, which she retreats to after long days of mopping and toiling to stare into her broken looking glass and lament her childlike orbs.

Ay, though Doyle is indeed a kindly wench of good Christian repute, it is clear to all who have eyes that she will never be the sort of bonny lass of robust proportion whose kiss the townsmen covet. In fact, not even the old, widowed miller, who hasn’t had a woman in years, is willing to extend her a desirous wink or a slap on the rear as she passes by with her tray of steins. And it’s all because she lacks what is a wench’s sole consolation in life: a shapely, heaving figure that stirs the private apparatuses of men and inspires them to part with their coins. As the old saying goes, “A wench of vacant blouse must suffer etern’ly,” and Doyle is no exception. Her yoke is heavy, and so it shall be for as long as she has breath.

Why God chose to curse Doyle so is beyond our comprehension, but it is our duty to trust in His plan and know that it is right. We pray that Doyle may one day find a man to give her his seed, as perhaps then her bosom will grow full and round with milk and relieve her of her burden. Godspeed, wench.