Absolutely Beautiful: When These 8th-Graders Found Out Their Teacher Had Eczema, They Raised The $200,000 Stud Fee For His Dog To Have Sex With Legendary Racehorse American Pharoah 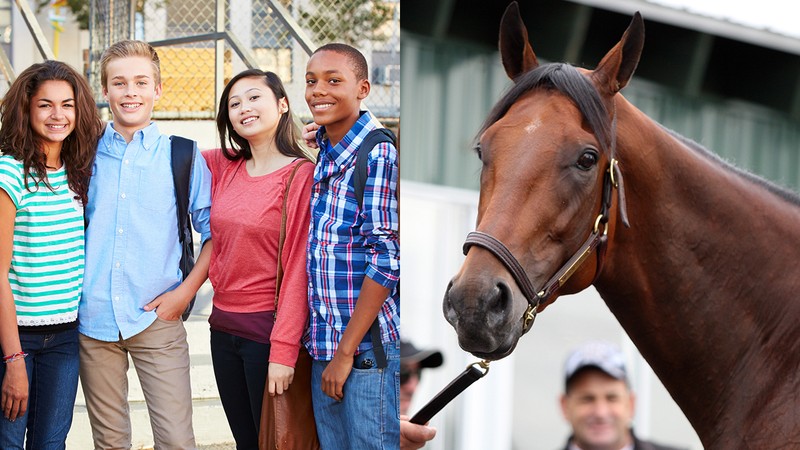 When eighth-grade social studies teacher Paul Woodruff found out he had eczema, he was absolutely devastated. He came to class the next day and immediately announced that he had been diagnosed with eczema, then broke down crying in shame and despair. That’s when his students did something amazing: After hearing about their teacher’s eczema diagnosis, they raised the $200,000 stud fee required for his dog to have sex with the legendary racehorse American Pharoah.

Absolutely beautiful! This is a story that will completely restore your faith in humanity.

“Mr. Woodruff is such a good teacher, and he’s always been there for us when we have problems, so when he told us about his eczema, we knew that his dog had to have pleasant and expensive sex with American Pharoah, the fastest horse in the world!” said Joshua Raab, one of the generous eighth-graders who helped raise the $200,00 to make Mr. Woodruff’s dreams come true while he suffered from eczema. “American Pharoah is really fast and Mr. Woodruff’s dog is really loud and always throws up, so hopefully when they breed together they make a really fast and disgusting animal that’s always howling and puking as it sprints around the racetrack at the Kentucky Derby!”

This beautiful story became even more gorgeous when the students finally presented Mr. Woodruff with $200,000 in cash that they had made during a bake sale. Upon learning that his beloved dog, Lemon Supreme, was going to finally enter the breeding shed of a thoroughbred winner of the 2015 Breeders’ Cup Classic race, Mr. Woodruff broke down and cried and smiled while he rubbed a topical steroid on the dry skin on his legs and profusely thanked his students.

After American Pharoah was done having sex with Mr. Woodruff’s dog, Lemon Supreme got pregnant right away and gave birth to a very strong puppy that had hooves; a horse tail; and huge, black horse eyes. When Mr. Woodruff saw the horse-dog hybrid that his dog had made by having sex with the American Pharoah, he pointed to it and said, “This is the kind of thing I like a lot.” Not even his eczema could stop him from smiling.

Wow, it’s amazing to know that there are people in the world as kind as Paul Woodruff’s compassionate students. If the next generation is filled with the kind of people who are willing to pay the stud fee for a sick man’s dog to have sex with the world’s fastest horse, then the future is definitely looking bright!