Absolutely Heartbreaking: Your Boss Seems To Think That Your Company Is Important 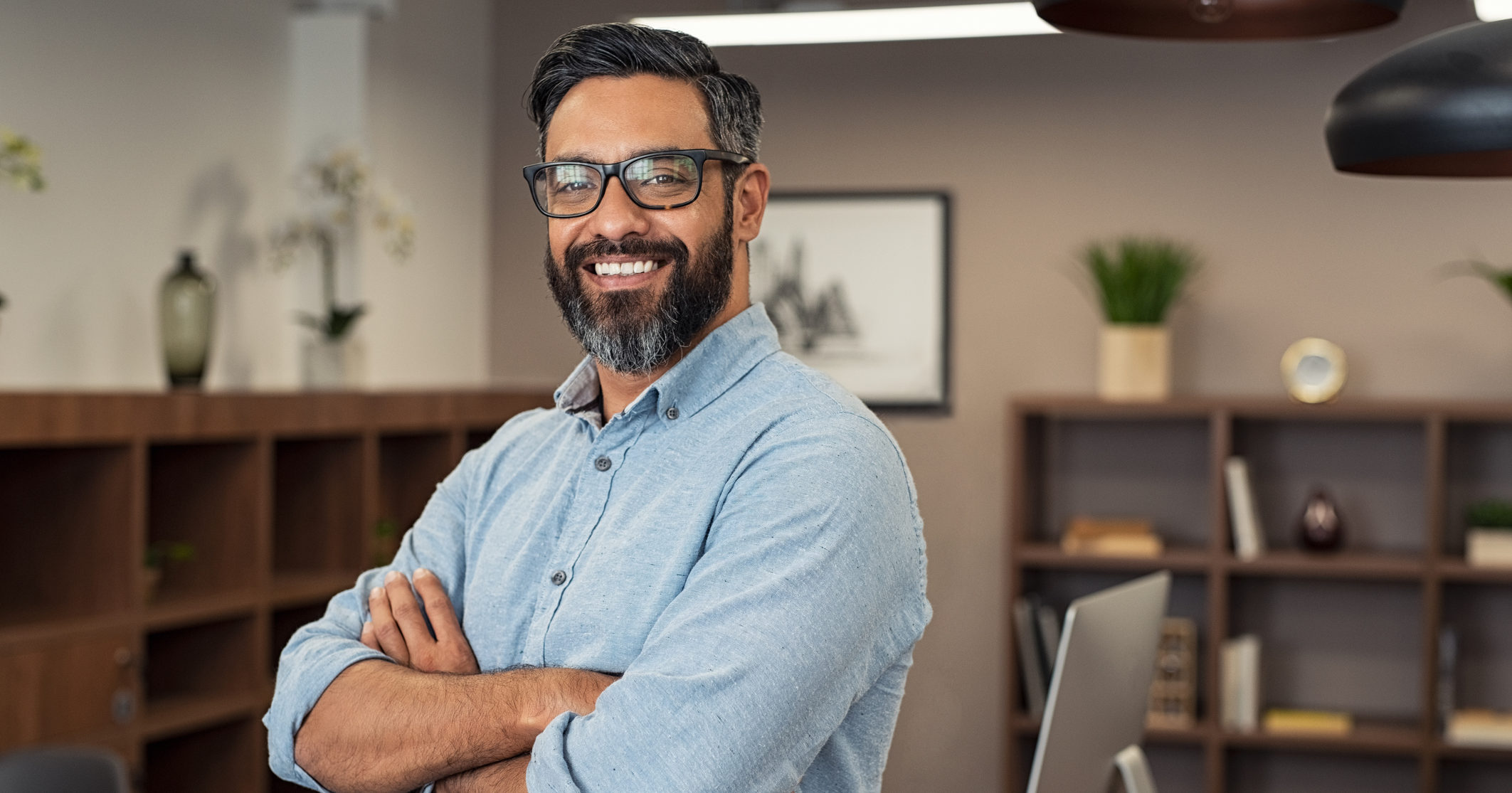 Aw jeez. Brace yourself, because the following story is definitely going to bum you out: your boss seems to think that your company is important.

God, that’s about as sad as it gets.

Even though you literally just work at a digital marketing firm, not a hospital or revolutionary tech company that’s trying to end child hunger or whatever, your boss is constantly giving speeches about how you’re “changing the world” and “creating a better future,” when in reality your company is an objectively unnecessary business that serves as a middleman between companies that buy ad placements and websites that display those ads. Your boss—a 42-year-old senior marketing strategist who describes himself in his Twitter bio as “Innovator. Futurist. Marketing wiz. Ally.”—keeps a framed Bill Gates quote on his desk that reads, “To win big you have to take big risks,” which is especially depressing considering that the biggest risk that could possibly be taken at your company would be, like, telling a slightly high profile client like Sherwin-Williams that they should consider investing more in their social presence or something.

Seriously, your company could stop existing tomorrow and it literally would not matter in any way. Nonetheless, your boss still seems to think that your company has the potential to be a force for good in the world, so much so that he makes the whole office come to a pointless hour-long “Think/Sync” meeting every Wednesday where he tries to get everyone stoked about being at work and asks people to “ideate” on new ways the company can “spread its mission,” which basically just means get more clients. He also attempts to inspire the “tribe,” as he collectively refers to everyone, with hollow corporate maxims that he comes up with and later hangs up in the kitchen, like “integrity is integral” and “every achievement starts as a dream,” genuinely believing that such wack bullshit will motivate grown-ass adults to try harder at their $45,000-a-year jobs. His earnestness in these meetings is truly, deeply heartbreaking.

You’ve really got to feel for this guy, who clearly doesn’t grasp the fact that, beyond employing 30 people who could pretty easily find another gig if this one went under, this company does not “play an essential role in the community” like he’s always saying it does, nor do its employees constitute the “best team in the whole damn world” like he so proudly exclaims in emails, as if he’s the starting point guard on the ‘96 Bulls. The reality is that the only people who work at the company are people who weren’t good enough to get jobs at cool places, and the only thing that the company actually contributes to society is annoying digital ads that people ignore while shopping online.

Perhaps what’s most pitiful, though, is that your boss still gets giddy whenever he gets to talk to your company’s CEO, straight-up treating him like a celebrity despite the fact that he’s just some run-of-the-mill middle-aged guy who would gladly sell the business to the first available buyer. When he gets out of his monthly meetings with the CEO, he always brings back new marching orders like they’re edicts from God on stone tablets, presenting them to the rest of the staff with more zeal than should be possible for someone who’s literally just saying shit like “don’t be afraid to cold-call clients since they’re probably all planning their budgets for Q1 right now.”

Poor guy. He really cares about this shit with all his heart, and that is a tragedy.

Here’s hoping your boss comes to his senses and realizes that nothing your company does matters before he wastes too much more of his life. If he were to put this much passion and enthusiasm into just about anything else, he could honestly probably leave a meaningful mark on the world—although, to be clear, we’re not really holding our breath on that one.