Absolutely Not: This Kid Is Trying To Bring A Stick Inside 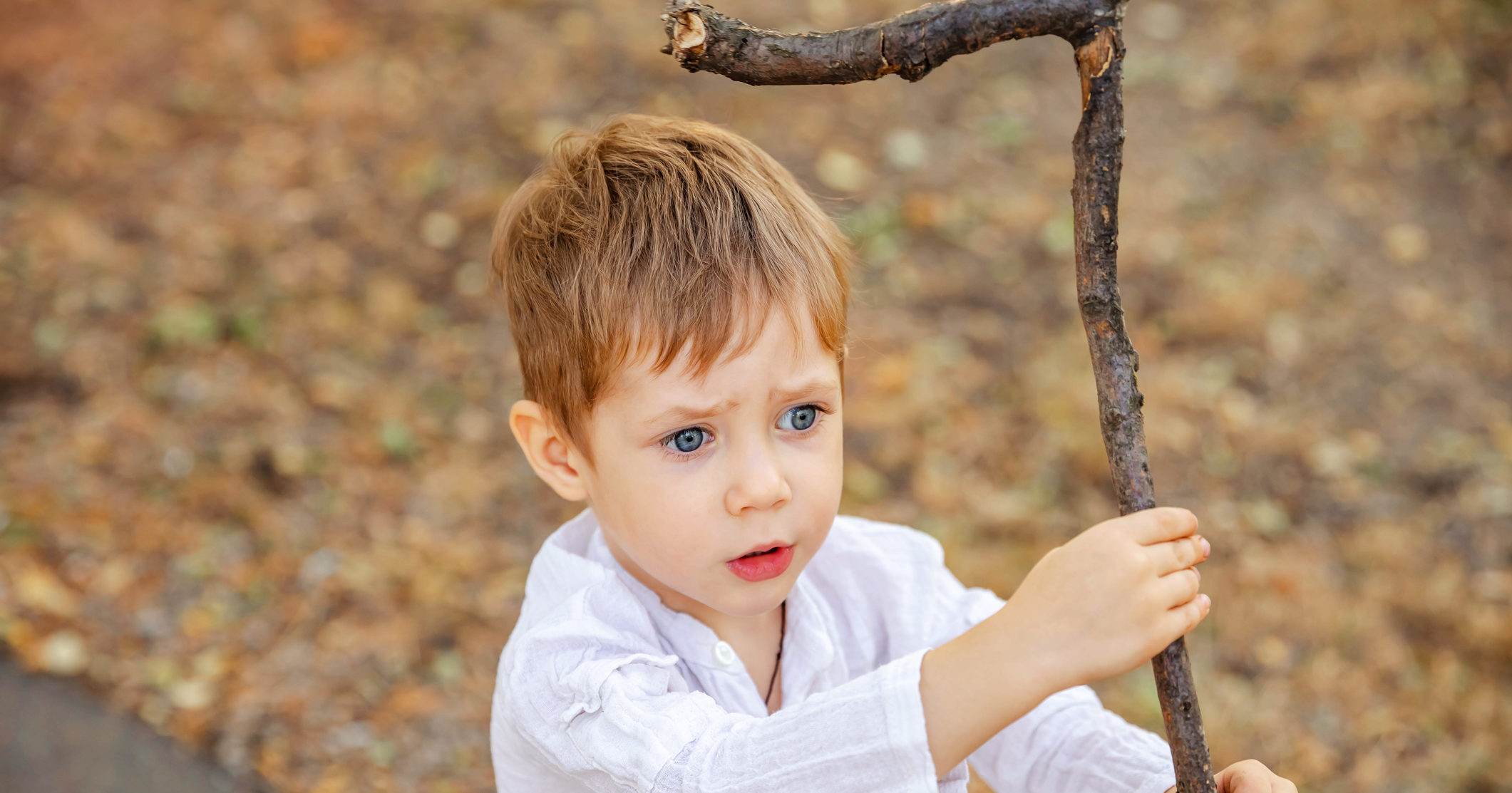 Well, here’s a situation that someone’s going to need to nip in the bud ASAP, because what’s unfolding is absolutely not okay: this kid is trying to bring a stick inside.

Nope, nuh-uh, no way. Sticks are for outside. That is the rule.

Just now, four-year-old Bennett Martens was running around his front yard with a two-foot-long stick he found on the sidewalk, and unfortunately for everyone involved, Bennett has apparently decided that he needs to bring the stick into the house with him. Though Bennett’s mother has already warned him not to bring the stick indoors, explaining that there’s “no telling what kind of germs or filth might be on that thing,” the child has brazenly refused to back down, as he claims the dirty stick is his “favorite toy ever” and it needs to “live in his room.” There is no denying that Bennett is indeed fond of the stick, but this does not change the fact that sticks are not, and have never been, inside toys.

There is absolutely no precedent for keeping a stick inside the Martens family home, but it appears as though Bennett will not stop until he gets his way. Just moments ago, he narrowly evaded an attempt from his mom to take the stick from him, forcing him to retreat and take sanctuary in his Cozy Coupe car, where he is currently having a tantrum and occasionally screaming about how he wants to “sleep with the stick in [his] bed.”

Sleeping with a loose stick just rolling around in your bed? Are you nuts, kid? There could be dog poop or ants on that thing!

Shame on this child. Bringing a stick inside is absolutely unacceptable, and he should know better. This isn’t what big boys do. He’s behaving like a baby. Here’s hoping that his parents give him a timeout, as Bennett clearly needs a little quiet time to reflect on his actions and reassess his priorities re: sticks.