Abuse Of Power: GOP Senators Have Allowed The Dairy Lobby To Dip The Tax Bill In Milk 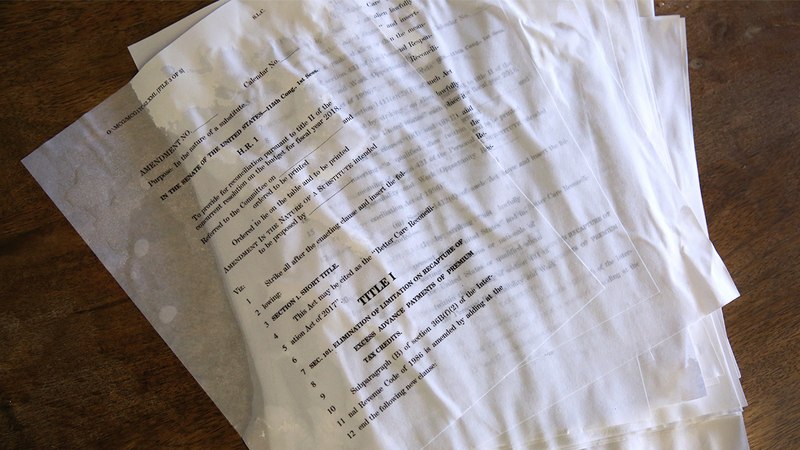 When the GOP rushed its tax plan through the Senate, many last-minute amendments were thrown in to appease corporate interests, but one amendment stands out as particularly egregious. Under pressure from their milk industry donors, Republicans have allowed the dairy lobby to dip the tax bill in milk.

Wow, this lavish gift from the GOP proves just how much influence dairy farmers have over Washington.

Before the tax overhaul was passed in a 2-a.m. vote Saturday morning, all copies of the bill were hastily immersed in buckets of whole milk to ensure they were sopping wet. Majority leader Mitch McConnell declared the damp law a huge victory for ordinary Americans, and promised that “our simpler, fairer, completely-drenched-with-milk tax bill will help businesses grow and add jobs without burdensome government meddling.”

“After all this legislating, I could really go for a glass of delicious, bone-fortifying milk,” McConnell added.

Wrangling the votes for the milk-soaked bill wasn’t easy. Several GOP senators, including John McCain and Susan Collins, had originally expressed their preference for a dry bill, until they were assured that dipping the bill in the milk was good for the economy.

Democratic senators reacted angrily to the dripping-wet pages they were given, posting photos on social media that showed the soggy document on the verge of disintegrating. Furthermore, being bathed in milk had caused the bill’s text to become smeared and barely legible, making it impossible to read in advance of the vote. Senator Elizabeth Warren pointed out that even after she dried her copy of the bill with a hair dryer, the paper was still unpleasantly stiff and sticky, and was beginning to smell really bad as the milk turned.

Whatever your position on the tax bill as a whole, dunking it in milk is definitely a massive boon for agriculture lobbyists. With a bill this coated with milk, it’s going to be hard for the GOP to claim it isn’t in the pocket of big dairy.