Actions Have Consequences: In Light Of Her Controversial Remarks, 3 Of The 9 Portraits Of Michelle Wolf Have Been Removed From The Oval Office 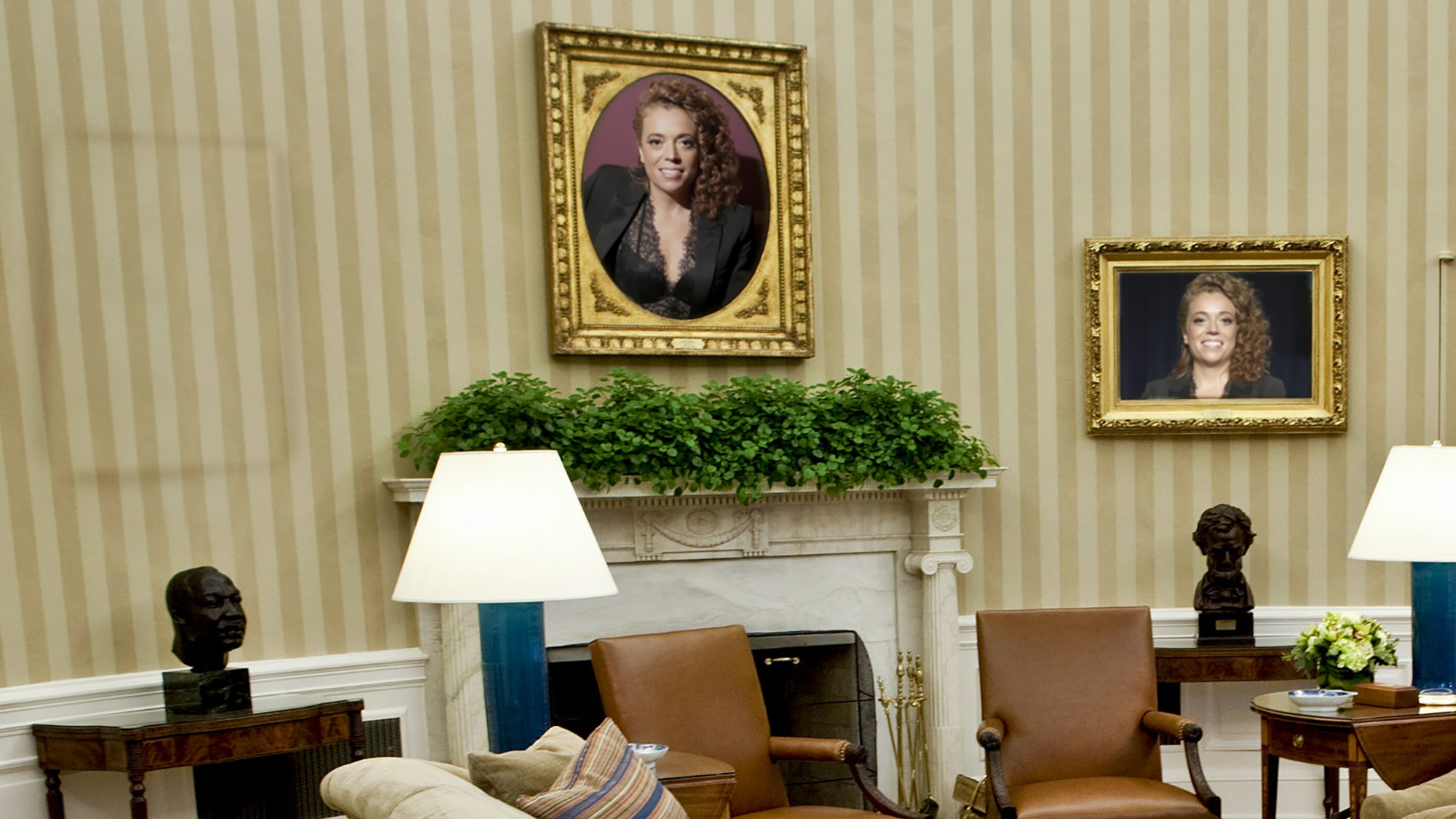 Over the weekend, Michelle Wolf sparked outrage for her audacious speech at the White House Correspondents’ Dinner, which brutally roasted several prominent members of the Trump administration. Now, the White House is responding to the situation in a major way: In light of her controversial remarks, three of the nine portraits of Michelle Wolf have officially been removed from the Oval Office.

Wow. This gesture sends a strong message that the White House will not tolerate bullying from liberal personalities like Wolf.

As of this morning, White House maintenance workers could be seen taking down three of the nine portraits of Michelle Wolf that had been displayed prominently in the Oval Office ever since Trump’s first day. There is simply no way to mistake the removal of an oil painting of Wolf sitting at a desk in a library, an Obama-style poster that says “Wolf” instead of “Hope,” and an artistic black-and-white photograph of the former Daily Show comedian doing stand-up at the Comedy Cellar for anything but a huge condemnation of Wolf’s hosting performance. With only a painting of Michelle Wolf standing next to Lincoln during the Gettysburg Address, a delicate marble bust of her, and four other works of art depicting the controversial figure remaining, Trump has made it known that he is furious with how the Correspondents’ Dinner went down.

“No individual, comedian or otherwise, should be able to blatantly disrespect the administration in the way that Michelle did on Saturday and still expect all of their portraits to remain hanging in the Oval Office,” said a White House representative. “Ms. Wolf needs to understand that coming for President Trump and his colleagues with cheap personal attacks is no laughing matter, which is why we made the swift and unanimous decision to send two of her nine portraits back to the National Gallery and then move a third one to the Lincoln Bedroom so people won’t see it as much.”

Damn. This is a cold condemnation of an artist who made a bold attempt to speak truth to power.

With only five portraits and one chair that has her name embossed on the back staying in the Oval Office, it will be interesting to see whether Michelle Wolf continues to speak out or if she crumbles under the Trump administration’s brutal punishment. Either way, the president has made it clear he’s not to be trifled with, and it looks like Wolf probably won’t be invited back to the Correspondents’ Dinner next year. Shots fired, indeed!