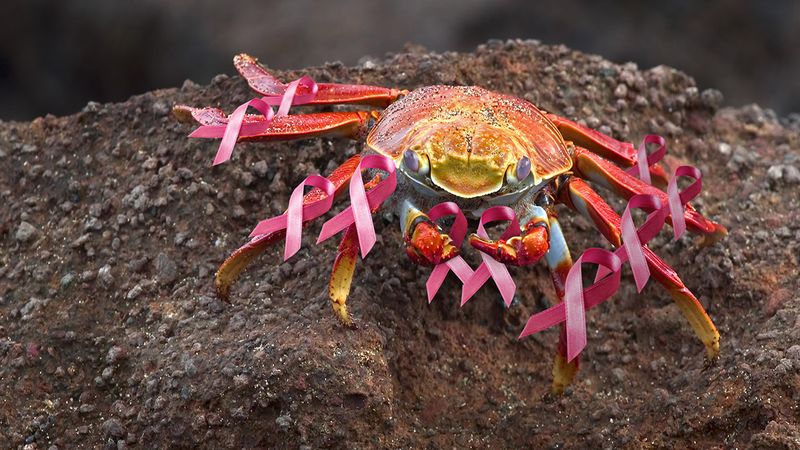 Once a year, millions of red crabs on Christmas Island embark on a long and arduous trek toward the shore as part of their reproductive process. Now, with your help, this natural phenomenon can also be the beginning of the end for breast cancer!

The island’s rainy season has begun and the lunar cycle’s just right. There’s no better time than now for these crabs to start a synchronized movement toward the ocean—and can kick breast cancer’s butt while they’re at it! Use the slider to enlist them in our battle against the disease that takes 40,000 lives every year.

Nearly one in eight women will be diagnosed with breast cancer in their lifetime, but they don’t have to fight it alone. Let them know that these nearly 45 million crabs have their back.

Doesn’t it feel good to make a difference?

It just so happens that national Breast Cancer Awareness Month and the red crab’s mating season both fall in October. What an incredible opportunity for you to combine the power of this natural spectacle with a great cause!

Wow. So inspiring, so powerful. It just goes to show that when we involve the world’s largest crab migration in the fight against cancer, there is nothing we can’t accomplish.