Against All Odds: Scientists Announced That Tree Frogs Have Fought, Lied, Blackmailed, And Schemed Their Way To The Top Of The Food Chain 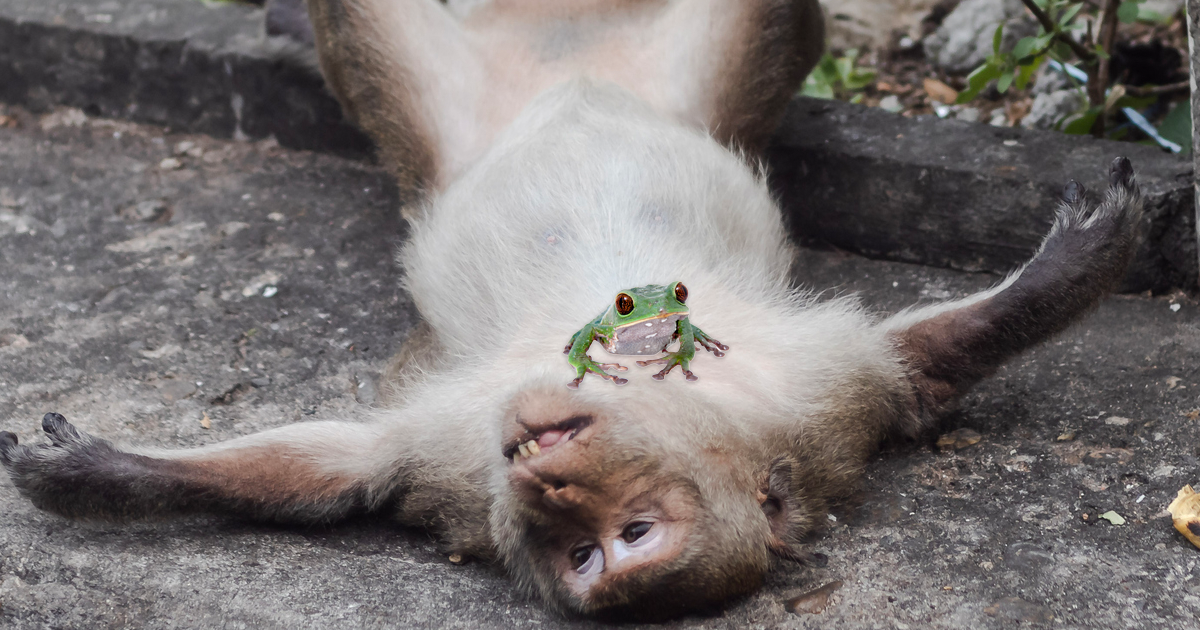 We’ve always believed that you should never count out an underdog, and one particularly tenacious group of little guys has proven us right by eking out a victory that’s turned the ecological world on its head: Scientists just announced that tree frogs have fought, lied, blackmailed, and schemed their way to the top of the food chain.

These frogs never listened to the doubters and the naysayers, and just look where they are now.

Through a mixture of guile, willpower, and sheer brute force, the frog species that make up the broader category of tree frogs have pulled off an incredible feat today, with a panel of top ecologists announcing earlier this morning that tree frogs now sit at the very top of the food chain in the Amazon rainforest. A lesser animal might have resigned itself to an eternity of subsisting on insects and being preyed upon by snakes and birds, but these plucky little arboreal frogs refused to settle for such a meager existence, embarking on a years-long effort to climb the ranks of trophic hierarchy by any means necessary. One look at a tree frog bloodily chowing down on the haunches of a freshly killed jaguar or eviscerating a caiman is all it takes to know that there’s a new apex predator in town, and their days toiling away as a lowly invertebrate-consuming primary predator are officially a thing of the past.

No doubt the tree frogs’ success owes in large part to their diversity of tactics: Bigger tree frog species like the Amazon milk frog acted as muscle for the group, dive-bombing the heads of terrestrial animals from high-up tree branches and then viciously pummeling their stunned quarry until even the most fearsome carnivores begged for mercy. Tarsier leaf frogs acted as the calculating Machiavellis of the group, brokering key mutualistic symbioses with other species only to deviously betray their allies once they had served their purpose, while also pitting longtime predators like herons and mustelids against each other to unwittingly fight the tree frogs’ battles for them. Blackmail of course was left to the sexually irresistible Demerara Falls tree frog, whose dirt on lizards’ humiliating mating proclivities secured their total compliance after luring them into a variety of compromising encounters. And poison dart frogs’ previously unobserved aptitude for propaganda allowed them to disseminate the self-fulling assertion that tree frogs in fact already were at the top of the food chain, extinguishing any organized efforts to resist the tiny amphibians before they even began.

This is a true David and Goliath story if we’ve ever seen one.

These scrappy little frogs are really living the high life now, enjoying a varied diet of everything from anacondas to river otters to arapaima, all while blithely hopping in front of their defeated former predators without a care in the world as a clear “fuck you” of a victory lap. Seeing a team of tree frogs mercilessly swarm and skeletonize a thrashing 550 pound tapir or rip a vanquished harpy eagle’s powerful talons clear off the rest of its body, you can’t help but cheer for their improbable triumph. Their masterful campaign of violence and deceit has managed to bend every other species in the Amazon to their will, and with scientists speculating that tree frogs may soon attempt to expand their dominion into other ecosystems like subalpine forests and even savannah, one thing’s already clear: It’s a tree frog’s world now, and all these other animals are just living in it.

Kudos to tree frogs for pulling off what many said could never be done. Here’s hoping we don’t get on these wily little bastards’ bad side, because having seen what they’re capable of, we can honestly say we wouldn’t stand a chance.