All 6 Schulman Family Reunions In Order Of Casualty Count 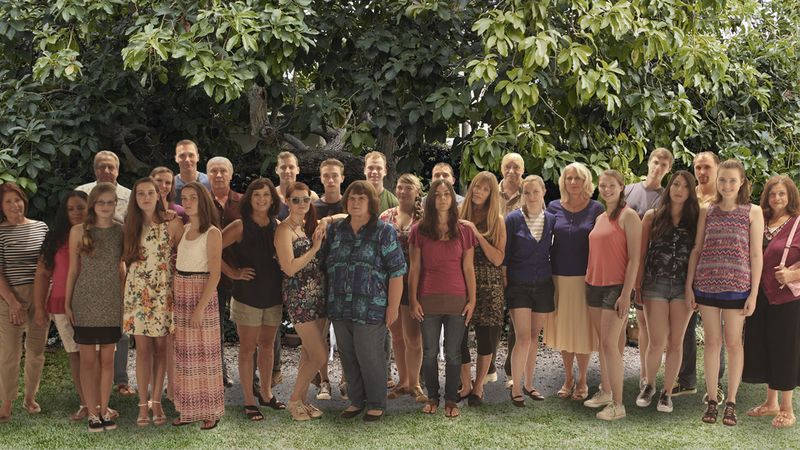 The Schulmans have had some bad luck when it comes to holding family reunions, but which reunion was truly the most devastating? Read this list to find out!

Although tame when compared to Schulman family reunions that followed, the 2004 gathering was incredibly shocking at the time. The lone casualty occurred when the matriarch of the family, Grandma Schulman, suffered a heart attack in the middle of the festivities and died hours later.

After recovering from the loss of their beloved grandmother two years earlier, the Schulmans came together again in 2006 for a park barbecue that somehow managed to be more devastating than the last reunion. The incident occurred when the two Aunt Maureens, who had been engaged in a decades-long passive-aggressive rivalry due to their shared name, finally came to blows in the middle of the reunion. After one of the Aunt Maureens drowned the other in a lake, she proceeded to drown herself; her last words were “There cannot be only one Maureen.”

Two years after the family gathered for the joint funerals of the two Aunt Maureens, the Schulmans reunited again to celebrate the return of the triplets—Sarah, Eve, and Sofie—from their study-abroad trip to the Amazon rainforest.

Unfortunately, during their trip, the triplets had contracted a rare, highly contagious disease known as the Bolivian flu and collapsed in the middle of the reunion. While the visible symptoms that affected the triplets were initially mistaken for a combination of their normal silly behavior and food poisoning, family members became concerned when Uncle Peter, who ate a bite of mashed potatoes from each of the triplets’ portions, also passed out into his dinner plate. According to the CDC, the Schulman triplets and Uncle Peter accounted for 30 percent of all Bolivian flu–related fatalities in the world in 2008.

It should also be noted that a fifth Schulman, cousin Jennifer, died during the reunion after being murdered by an unknown assailant.

The charcoal grill had brought joy to previous Schulman reunions, but in 2010 it brought nothing but heartbreak. Rain forced them to grill inside, but there was no proper ventilation system in place for it to be done safely. Four Schulmans—Uncle Max, Aunt Caroline, Uncle Todd, and Cousin Genevieve—ended up dying after carbon monoxide poisoning caused their central nervous systems to fail in the middle of the family sack race. A fifth Schulman, Aunt Marlene, was killed in another mysterious murder.

In the event of a tie, we decided early on that the tiebreaker would be the total amount of human pounds lost. Seeing as the ’10 reunion involved more adults and the ’08 reunion favored kids, the ’10 event came out on top. The Schulman adults, particularly Aunt Caroline, weighed more than the children.

The five Schulman casualties at the 2012 reunion included Uncle Jason suffering a stroke, Aunt Jane going into anaphylactic shock during the egg toss because of her deadly egg allergy, and Aunt Willa and Aunt Brenda dying after a deck collapsed. Grandpa Roy also died.

As for the sixth casualty, it was not a Schulman, but the murderer who had struck the previous two reunions. He had come back, but he was killed by a tornado before he could do any damage. Police still do not know his motive.

In 2014, it was the 10th anniversary of Grandma Schulman’s passing, and the Schulmans gathered for what was to be, unbeknownst to them, the most devastating family reunion to date.

Grandma Schulman had famously lobbied for a family-wide tug of war game at the first reunion but was shot down by more vocal family members. With those voices long dead, the remaining family members decided that holding a tug of war would be the best way to truly honor her.

The eight deaths resulting from the tug of war included three by crushing, two by rope snap, one by asphyxiation on one’s own vomit, one by land mine (occurred during the walk over to the tug of war), and one by stray bullet.