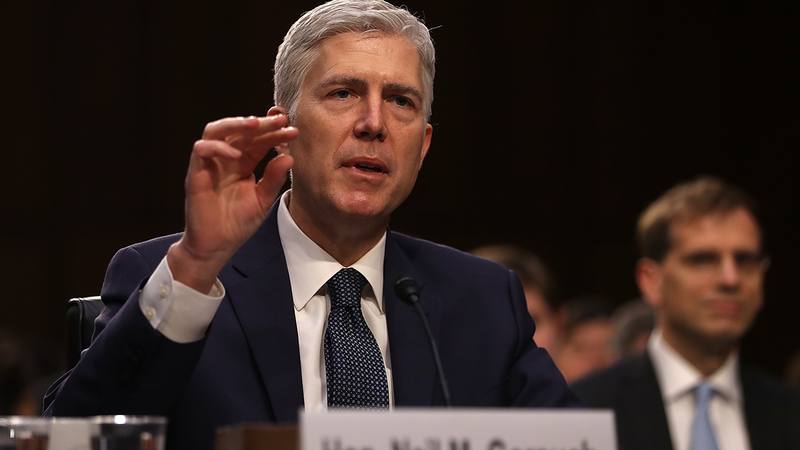 Well, it certainly sounds like there will be some very limited celebrating going on tonight!

Following Neil Gorsuch’s historic confirmation to the Supreme Court, and coming on the heels of a long and fiercely contested nomination process, experts are already predicting an uptick of four “Gorsuch confirmation babies” born nine months from now.

Hubba-hubba! Circle the date December 7 on your calendar, because that’s when four more babies than on a normal day will be born, and it’s all thanks to Gorsuch confirmation fever.

With Gorsuch now officially a Supreme Court Justice, it looks like right around eight Americans are about to dim the lights, draw the blinds, and get seriously busy knockin’ boots in a joyous celebration over the news. The celebratory deed is expected to result in a wave of four “Gorsuch confirmation babies,” which will add an incredibly modest number of births to the year-end total and put an exclamation point on today’s monumental event.

Wow. As if people needed another reason to get between the sheets, it sounds like a small handful of couples in America can’t keep their hands to themselves following Gorsuch’s ascendance to the highest court in the land!

With the party just getting started in a few households all over the country, hospitals are already preparing for the Gorsuch confirmation wave in December by adding one or two newborn beds to their maternity wards, with some even going the extra mile and labeling the new cradles “Neil” or “Nelly” or “Future Staunch Originalist.” Meanwhile, elementary school teachers are bracing for the possibility of having one additional kid in class sometime down the line, as one of the Gorsuch Four could be enrolling in their classes sooner than they think.

Incredible. And someday, when the “Gorsuch confirmation babies” are old enough to connect the dots back to the unforgettable event that sparked their conception, they’ll know that they are an integral part of American history, just as the millions of “Scalia death babies” were last year.

Amazing. So if you happen to notice the absolute slightest increase in little ones running around in the next year or so, just remember you have Justice Neil Gorsuch to thank!